This past weekend, the city centre of Coventry, England was once again invaded by all things automotive.

The completely free two-day Power Maxed MotoFest event sees a short section of the city’s ring road repurposed as a race track, and the shopping district overrun with a free-for-all of weird and wonderful cars.

Seeing racing on a section of ring road is weird, but this year I spent noticeably less time watching the actual driving on the temporary ‘sprint circuit’ (AKA the A4053) than I did last year, in lieu of exploring a few more of the oddities scattered around the remainder of the city centre.

Seeing trucks racing is also weird. They are are, however, utterly terrifying when thundering towards you, locking up one, two, four and sometimes more wheels under braking.

It’s weird having a paddock on a dual carriageway. I spent some time just walking the ring road flyover, and couldn’t help but constantly check both ways before moving just in case someone didn’t get the memo that the road was closed.

I hung around trackside for long enough to shoot the confusingly-named ‘Historic Racing’ category, which contained markedly less historic race cars than I think everyone expected. It was more of a ‘stuff that doesn’t fit into other categories’ collection.

A number of the more interesting race cars from last year were missing, which was slightly disappointing. Hearing all 12 cylinders of the Silk Cut Jaguar XJR-9 screaming through the ring road tunnels was a particular highlight in 2018, but alas it wasn’t to be seen this year.

The noise of the vintage race bikes kind of made up for it.

The rest of the time I spent walking around the extended show, right out into the far reaches of the inner city. What struck me most is that all of MotoFest is wonderfully weird.

It’s an oddball of an event in that it’s not really aimed at car enthusiasts at all, and the cars that it attracts aren’t the sort that you’d expect to find at a car show. The easiest way to sum it up is it’s like a small monthly village car meet, just on a huge scale – a celebration of the unexceptional, if you will.

For a start, Coventry is an unusual city, as far as British cities go. Well, not unusual as much as atypical.

Being a former engineering and industrial powerhouse, Coventry was hit hard during the German blitzkrieg of WWII. Much of the city centre was razed to the ground, and soon after the war ended reconstruction began with harsh, concrete brutalist structures the flavour of the time.

Brutalism is very much an acquired taste, and Coventry boasts it in spades. It’s perhaps not as pleasing on the eye as other forms of architecture, but it has its own character, and was a reflection of the time.

Why am I waffling on about buildings on Speedhunters? Well, it makes for an unusual setting, and many of the cars scattered around Coventry for this year’s MotoFest almost mirrored the less than favoured style of the city.

There’s something about seeing an Austin Maestro Turbo that would’ve been built just down the road in Oxford sitting in these surroundings.

It’s an unsung hero of automotive styling from an era that hasn’t aged incredibly well, by many standards, but is still deserving of nostalgic admiration.

What’s also a bit weird about walking around Coventry during MotoFest is that much of the city is just going about its business as it would on any other Saturday. There’s this odd juxtaposition of everyday life mixed with an influx of us car weirdos invading the place.

There were plenty of vehicles on display that found themselves even closer to their place of birth. Coventry produced cars for the likes of Jaguar, Talbot, and Peugeot not long ago, and in modern times the city is a stone’s throw from JLR and Aston Martin.

Some were from further afield though.

Many cars like this fell victim to the ‘scrappage scheme’ in 2009 – a government-led cash incentive to trade in old cars in favour of a discount on a new model.

It makes me wonder how many charismatic cars like this litter former airfields throughout the country, as apparently even 10 years on they still haven’t got around to actually scrapping all of the cars.

Sure, there were gems (or rather those more coveted) scattered around MotoFest, but I can see these at almost any show throughout the year. Mk1 and Mk2 Ford Escorts were ten-a-penny at this year’s Autosport event, but I didn’t see a single Peugeot Talbot there.

To be honest, many of the cars on display were the kind that you wouldn’t expect to find at a car show. Many were base models or obscure machines that you’d probably forgotten about. The kinds of cars that, 10 or 20 years ago you’d barely have noticed as you’d see them every day, but now stand out a mile because their presence alone is a reminder that only enthusiasts still own, maintain and drive them.

These are the cars that our dads owned, or our dads’ mates drove.

As unconventional as MotoFest is, it’s also quintessentially British. A country which loves an underdog was always going to welcome an event like this with open arms. You’re weird MotoFest, but we love you just the way you are.

Enjoy the gallery below, free from my ramblings, and let me know if there’s anything in there that sends you hurtling down memory lane.

More Stories from the UK on Speedhunters

I will never understand why grown adults ride mini-bikes lol.

The mk1 jetta and the audi beneath it are pretty cool.

Because they're fun lol. People smile, you laugh while riding one. You can cruise through tight spots you can't on a big bike, and they're cheap, hell you can ride through a crowded park never get hassled haha.

That Talbot Sunbeam is beautiful looking. I can never get enough of fast 80’s boxes.

whats wrong with that F40? somethings off
kit car or something... ?

It's a kit based of a Fiero, I think.

EsCos in the Michelin Pilot livery... 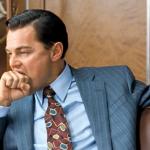 Do we know the black E92 M3? I think it belongs to one of the Speedhunters but forgot who...

That would belong to our Tech Editor, Ryan Stewart. Think his E92 is past due an introduction post...