The Melting Pot Of Asia

In terms of annual events, Malaysia’s Retro Havoc is right up there as one I truly look forward to.

Besides the fact that it provides me a brief but amazing opportunity to escape the somewhat cold, robotic lifestyle that comes with living in Tokyo, the vibrant energy that flows throughout the event always reminds me how amazing car gatherings can be to attend and cover.

That’s not to say that covering events in Japan isn’t an exciting or fun experience (I am a helpless car otaku after all, and just being around like-minded individuals can make any bad day a good one), but Retro Havoc has a unique atmosphere and feel about it.

The regimented approach that so many Japanese events take is something that will never be applied to Retro Havoc. Its founder, Alie Kuppoa, goes out of his way to ensure that each year’s event is a little more evolved as he works towards his goal.

And that is for Retro Havoc to become an event that enthusiasts from all over South East Asia (and eventually the world) can gather at and experience.

JDM Versus The World

This is an event made up of many different flavors, but there’s one constant at Retro Havoc – a love for JDM tuning and styling.

It’s no secret that Malaysia as a nation looks to Japan for inspiration, and you can really see it in the capital city of Kuala Lumpur. As such, JDM vehicles have become the go-to option for enthusiasts, and there were plenty of standout examples inside the multi-story car park in Selangor where Retro Havoc is held.

That doesn’t mean that European and American cars are off the menu, though. In fact, I noticed far more of them at Retro Havoc this year.

You can never go wrong with Mercedes-Benz 190E 2.5-16 – especially when it’s in Evolution II guise.

The W201 parked next to the black beauty was – visually speaking – just an Evo II replica, but I can really appreciate the amount of work put into this car. Yes, that’s a Toyota 1JZ with a huge single turbo conversion.

If the Mercedes pair weren’t cool enough, parked alongside was this Ford Escort RS Cosworth. Here are a few images I took while trying to keep myself composed and professional.

It seems as if the off-roading/over-landing culture that’s become popular in Japan is now also gaining traction in Malaysia.

At the end of the day though, it really is Japanese inspiration with Malaysian spice that shines through at Retro Havoc. Truth be told, it’s one of the best things about the event.

I couldn’t even tell you how many times I was asked by enthusiasts what I thought about the Malaysian car scene, and how I would compare it their goal – Japan.

In terms of build and the overall quality, it’s very difficult to beat the Japanese mindset of obsessing over every detail.

That’s not to say there weren’t some inch-perfect builds and restoration projects throughout the event. Take this ‘Black Limited’ AE86 for example.

One of 400 examples ever made, it was a standout on the Hachiroku enthusiasts group display, led by Lim Wai Hong of hayashi86.com.

When the owner picked it up in Japan, it was in a very sorry state having been abandoned for many years. He then had it shipped it to Malaysia and spent a year bringing it back to its former glory.

The Power Of Youth

For many enthusiasts in Malaysia though, a lack of disposable income means that real creativity is required to get your car up and moving – even if that means the overall finish is what some may consider rough.

Malaysia is a very young country, so young in fact that the median age is around 28. So, of course many of the cars that enthusiasts pick up are cheap and far from perfect. Unfortunately, it also means that there are a lot of replica parts used.

But none of these handicaps seem to really matter; the fact that people can get their hands on a car and indulge in the culture is more than enough for many.

It’s that vibrant energy that really draws me in. I had so many people wanting to show me their pride and joy, cars that they have put their heart and soul into.

At the end of the day, it’s all about having fun, being able to express your individuality and creativity, and being surrounded by like-minded people.

If you’re able to experience all of these things, then you’re definitely at the right place.

Any more info on that Angry Salmon E30?

Yes, let me introduce my car. It's so convenient to find a toyota UZ engine in Thailand so I decided to put a 3UZ in Angry Salmon instead of M62. Plan in the future might be a couple of turbo under the hood. 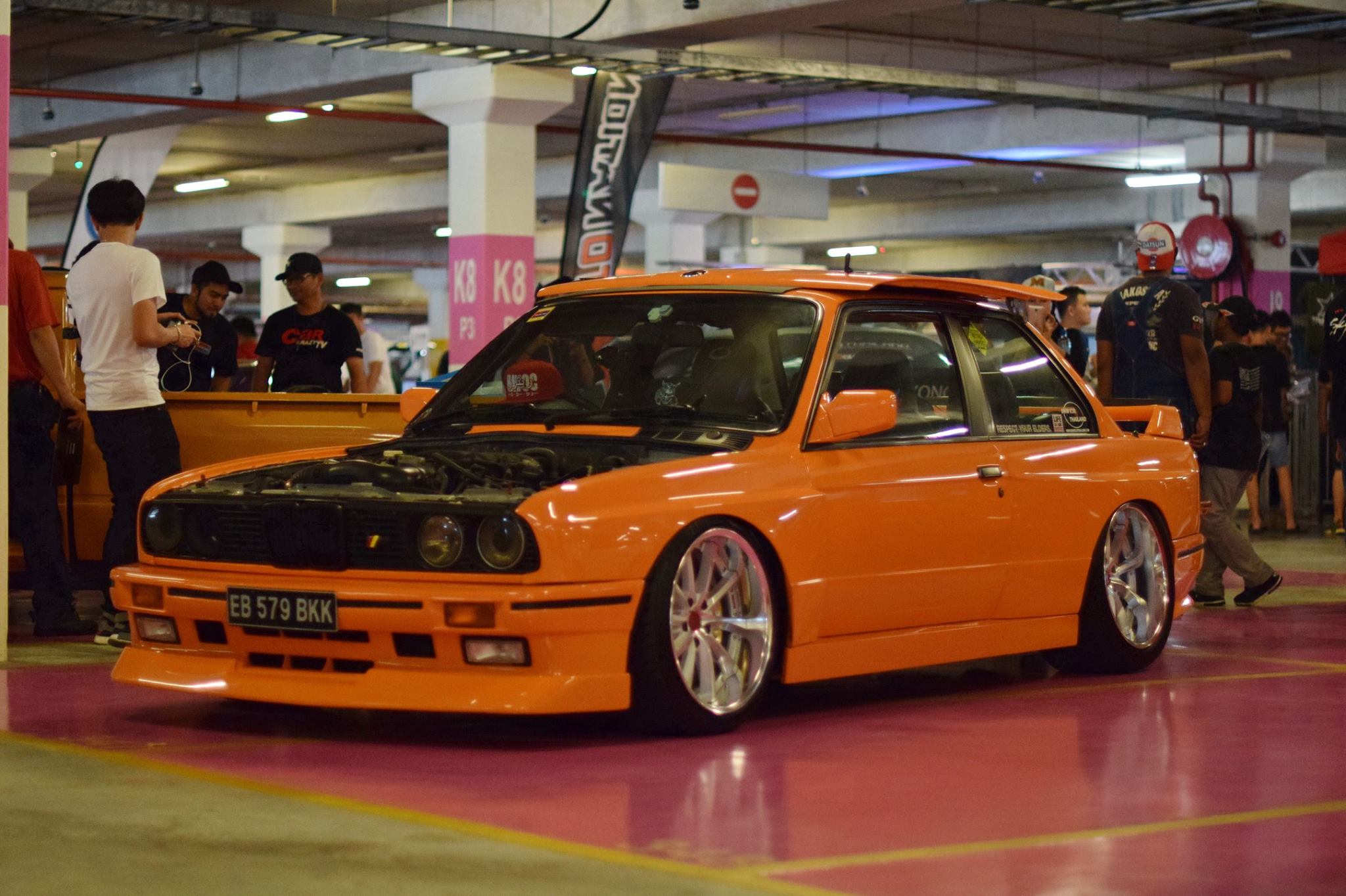 Great minds LOL. I'm hoping it has an S62, but betting on an S65. Hoping it's not a you-know-what with pushrods

I love it! this was the even I looked forward to but just missed it. It's always nice to see community grow over time.
Looking forward for next year's one.

Yes! Its quite amazing how much it grows from year to year ^^ Great people and everyone just having a blast

That is one very cool car show.

Ron,
I like the vibe you captured! The owners' love for their cars shows throughout. Do you have any more pics of that Nismo Z? What is that yellow car with the WDK 484 plate?

Yes - and no I only captured the one pic

An Evo III truck, and all we get is 1 pic of it? LOL Great show.

Hahaha see! what had happen was "insert excuse here " Lol but on a serious note, the truck was positioned right next to the opening and any angle but that one I took would have been over exposed to hell and back

The joys of shooting in parking decks

The pickup trucks a Proton Jumbuck/Arena. It’s based off the Proton Wira which was a rebadged Lancer which in turn shares the same chassis as the evo1,2,3. Evo conversions are common some with full 4wd drivetrain swaps. In Australia, they had a couple LS swapped. Basically you could call it an Evo Pickup

will there be any more features for cars at the event?

have fun reading it!