The SEMA Show is always about pushing things to the absolute limit of what the mind can come up with, and this year we’ve been spoiled with countless great examples.

The first one everyone pored over was this cute little Mazda R100 coupe from British Columbia, which was strategically positioned outside the main hall.

So ladies and gentlemen, bust out your flip phones because this one is as special as they get.

There is nothing sedate about this car. In fact, it’s the complete opposite of what one may classify as simple and to the point. It’s so intricately put together that even though this was supposed to be a quick spotlight, it’s turned into something slightly more detailed.

Keiron may have got a little trigger happy with this one, but I don’t think we can blame him.

He even managed to get the car shot during the last precious moments of golden light as the sun was setting in the Nevada Desert.

First things first, the engine in all its extremeness. It sort of sets the mood for the rest of the build, as with 700+hp to the rear wheels the builder has set himself up for a lot of work to try and get it all to function. The power comes courtesy of a bridge-ported 20B 3-rotor featuring a rather large single turbo. I’m a sucker for details so I instantly spotted the downturned exhaust tip.

As you can imagine, this engine setup requires a serious amount of fuel, and by the looks of it, that side of things has very much been taken care of.

The amount of detail in the cabin will have you squatting by the open door trying to take it all in. Nothing has been overlooked; everything has been customized, redesigned, fabricated, color-matched, or simply added.

The might of the motor is sent to the rear diff through a T56 manual transmission that’s been upgraded with a sequential shifter setup from Australia, transforming the ‘H’ pattern into an ‘I’ pattern. The owner/builder also did away with fabricating a transmission tunnel, preferring to show off the yellow housing of the gearbox. That’s possibly because there’s so little space in the cabin that doing would only end up eating away at precious legroom.

One thing I liked was the exposed rear suspension arrangement, which shows off the middle damper setup that’s there to manage and dampen the tilt/rotation of the rear end as the car is launched off the line.

Which brings us to the question: What on earth has this rotary-powered pocket rocket been built for? The owner told me that it’s not specifically a drag car, just a wild street car project that checks off a bunch of boxes along the way.

Shall we talk about the exterior?

The overfenders were not a detail purely done for style, more so the need to contain the beefy wheel and tire package.

The execution of it all can best be described as different. It’s beautifully done; the blisters perfectly contour and bolt onto the bodywork with hardware that matches the rest of the gold detailing. Actually, let’s just call it maple syrup – it seems more fitting. That said, the overall roundness and almost ’50s take on the design of the flares make it totally unique.

The sheer girth of the rear was necessary to contain the 16-inch dually setup. In fact, if you add the width of the two wheels together it comes to a nice and square 16×16-inch, of course not counting the unavoidable rubber gap in the very middle.

The owner made the wheels himself, and the thing that impressed me the most is that the rims are actually connected. So by pumping up one tire you add air into the other one too, held air-tight in the middle by an o-ring.

The oversized drag-inspired trunk spoiler is the final touch.

According to the owner the car has an unlimited amount of grip, which should allow it to easily run low 9-second passes down the drag strip. But whatever it’s able to do or not, nothing can take away from the sheer uniqueness of this creation.

This is the coolest SEMA car I have ever seen

I've loved the idea of dually cars since I first saw The Road Warrior.

LOL what is that thing

XB Falcon, but with a dually axle out back.

I really like all the canada posts going on recently, its really cool how canada has such lax 15 year old import laws. it brings in alot of cool gems into canada. Im itching to go back so i can store a really nice JDM hero at my half sisters house and go up on vacation and bring it to shows and enjoy it. land of the free, o canada!

I noticed the same thing too. Not too many sanctioned drag strips that will let a 9 second/700hp car on the track.

Lol what? If you pass safety tech they will let you run, whether this would I'm not sure.

nhra has no rules against the gearbox being inside the car, in fact, many pro-mod, pro-stock, top sportsman, etc. cars have the gearbox inside the car, and manual transmission (non planetary drive) do not require any sort of blanket. nhra does require an sfi certified bellhousing to run 10s or quicker, something this car does have, and its on the outside of the firewall.

this car wasnt built for drag racing, it was built as a time attack type car. we checked numerous rulebooks and there is nothing we found saying it cant be done, nor did any of them require a blanket on a manual transmission.

Thanks for the info

Yeah 700hp to an un blanketed gearbox doesn't seem fun. Not like it has enough torque to blow it up /s

it did make 560 lb/ft of torque at the wheels, but seeing as the t56 magnum gearbox is rated for 700 lb/ft it shouldnt ever have an issue. even so, when a manual gearbox has a failure you generally break teeth off gears, destroy clutching teeth and sleeves, things like that, they dont explode throwing pieces through the case. 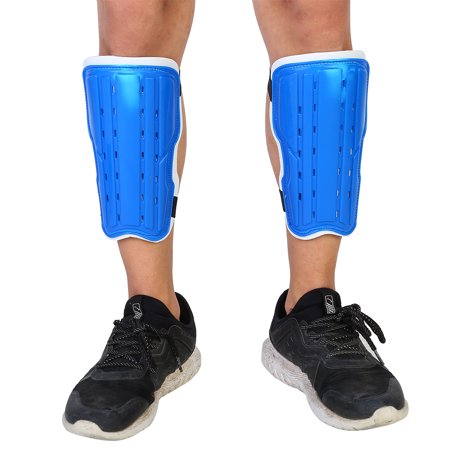 Super cool car. Love everything about it.

This is true out of the box thinking. I love the double rear tires, the design of the rims, and the unique futuristic Falken tires, all pulled together by a set of fenders that blend classic JDM racer and 50's styling. This thing perfectly blends so many different styles, which is what a build should be.

How is it that no one has mentioned spoke cupholders? Bolted directly to the race tranny... gameover, you win!

Absolute madness!!!!! i would love to see how would it handle a race track like Laguna Seca.

No Simmons? The Bro's won't be impressed...

this also reminds me of the dually camaro