There are some crazy GT-R owners out there, and one of them is John from Canberra, the capital of Australia. His R34 GT-R is nicknamed 'RH9' – and for good reason. John's R34 GT-R is a bonafide 9-second streeter, but you'd never guess it by its appearance. Besides a set of Volk GT-C rims and its enormous exhaust, John's car hides its true intentions rather well. Packing a hard-tuned single turbo 2.7 litre and a Holinger sequential transmission, John's R34 has taken out multiple dyno shootouts. The above photo was taken at last year's Auto Salon Final Battle, where it put down 1326hp (988.8kW). At four wheels. The giggle gas wasn't turned on either. 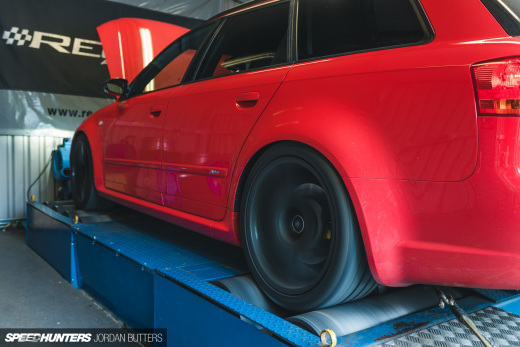 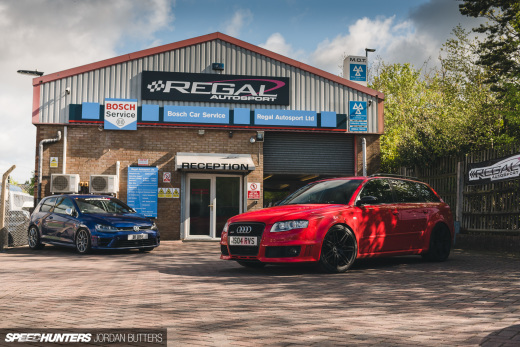 i cant understand .... how you get that close to 1000 !!! KW with a 2.7 litre, amazing engineering and i bet there are alot of custom parts on that car, must be fantastic .. maybe a showcase ?? haha x

What happened to Autosalon? was looking forward to it this year. someone said the organiser pulled out or something.

Insane car..wish I new some more details about it!

Amazing Car, would be brilliant to see a few more photos and maybe a dyno run.

We need a full feature on this monster!!

can we expect a spotlight???

I think the width of those rear tyres are a bit of a give away!

IS it dyno queen or it's actually used also?

I saw this car driving in canberra once, it's idle is lumpier than a bridgeport rotaries lol!

When I did work experience at Croydon Racing Developments this car was there. It was mental!! And that was 7 years ago. You could feel the engine noise in your chest from 15 feet away at idle!

my favorite skyline year/style + favorite color it comes in. It would be heaven to own one of these one day soon!

This to me is a sign that the Exvitermini GTR-700 will come to life soon. As RH9 was a feature car on that site aswell.

It kind of hints there's more to it when its cruising up the road with the gearbox drowning out the sound of the motor...

The amazing things i would do with this vehicesd ahhh : )

i live in canberra, i hope i never see that car at the lights

I've seen this car in the flesh on the streets around Canberra, john treats it with respect since the wheels simply aren't big enough to stop that much HP, or at least that's the theory. Truely an awesome car inside and out.

Read the Auto Salon Magazine article about this like 3 years ago. Was pretty nuts back then, so great to see it still kicking ass.

Insane car...thats all that needs to be said...

That's Truly a Beast and an unhidden Mystery!

RH9 has always been an impressive car.. however... it has never been consistant at the strip.... also another insider... it ran Mark jacobsons r32 Drag car engine at GC auto salon last year.... hmmm fair trading??

"With extreme modification, the RB26 motor is capable of power in excess of 1 megawatt (or over 1,340 hp)"

Wow I remember this car from wayyy back! His site was "exvitermini.com" or something: with strength comes limits. The RH9 project was fun to watch...I think this car is out of the game...

Love the audience in the background. I would pay to see a dyno competition!