SHARE A Day In The Life>> A Drift Team Manager

It's scary to think how quickly the sport of professional drifting has grown – especially in North America. There are very few drifting series where there are drivers whose sole livelihood consists of being a professional drifter. And since the sport has grown to such a level, the logistical side has to grow as well. Drift teams have grown from one man shows to a full army of support.

Drifting, like many other professional racing series, solely focuses on the drivers and their cars. The supporting cast members, the crew chiefs, the mechanics, the wives and even the travel planners take a back seat in the eye of the drift media – including Speedhunters.

While at Formula D Palm Beach, I had the special opportunity to shadow and learn what this man does in the Falken drift team. He's Jonathon Bradford (or J-Brad as he's known within the team).

He's the manager for the whole of the Falken drift team.

His job within the team is to make sure all the logistics are properly taken care of. He does a wide range of things before, during and after race weekends. For example, he makes sure that the transport rigs sync up and get to their destination on time. Or he makes sure there will be enough tires for the team to run for the weekend.

During the course of the FD weekend, he would individually meet with each driver to discuss their progress through the weekend, how they're doing and what he can do to facilitate their needs.

To make my faux-position on the team faux-official, team blue and teal hooked me up with their uniform and also a radio.

Now that I was wearing their colors, I tried my best to be all important like.

It didn't last too long apparently.

On occasion, Jonathon becomes a spotter for a few of the privateer teams that run Falkens, like Walker Wilkerson. It's a service that the team do to reach out to the privateers and help them out wherever they can.

I had the chance to listen in on the team's radio during the qualifying session. The team has multiple channels. Each driver has their own channel and there's one channel for the team to take the keep-drifting-serious tone down a notch.

I found the "Keep-drifting-fun" channel to be the most entertaining since it is the channel where each team member's personality shine. Some of these guys are absolutely hilarious.

As I took the time to learn Jonathon's trade…

…he in turn took the time to learn mine.

What you're looking at right there, ladies and gentlemen, is the Falken Tire drift team manager becoming a member of the looney group of people called the media.

How did he do?

But it did help that the camera's settings were preset. So all Jonathon had to do was to point, follow and click.

There was no way he would be able to wrap his head around shutter speed, aperture, ISO, exposure compensation, or metering in the short amount of time we were spending together!

In any race team, the drivers are always the ones in the lime light.

But they're the unsung heros. The guys that turn the gears so the drivers can get out on track and make things happen. This man is one of those guys. He's Ian Stewart. The owner and operator of ASD Motorsports, and crew chief for Vaughn Gittin Jr.

This jolly man is none other than Daijiro Yoshihara's chassis engineer and also moonlights as Mr. MotoIQ!

And then there's this guy. The new guy. The water and ice cream delivery guy. This is the guy that keeps team teal and blue happy while they do their thing in the sun.

When you're out there baking in the heat, soaking in the humidity and a guy comes around to deliver ice cream, you can't say no.

I know I couldn't.

Another part of Jonathon's FD weekend operations is making sure all the guests in the Falken hospitality area are accounted and happy. In Palm Beach, Falken had 400 guests to attend to. These guests were dealers and also customers.

During the half-time break between top 32 and top 16, the line for food was out the door.

It's a good thing that drivers and team members get cut-in-line privileges.

…and so do faux-team members!

Before qualifying, Jonathon breaks out this very official looking sheet of paper.

As each every competitor makes their qualifying pass…

…as well as their speeds. When qualifying is over they will know where each competitor will land in the qualifying order, thanks to Jonathon, so the team will know who each Falken driver will be battling with in the Top 32. Preparations for top 32 happen that quickly on the grid now!

When race day comes and if Jonathon did his drift team managing right, the show will run itself and all he has to do is stand on the sidelines and enjoy the show. And at Palm Beach International Raceway, the show went according to plan…

…with an all Falken podium. Not a bad day in the office…

Now, if you'll excuse me I must finish packing for New Jersey. There, I will be changing and mounting tires for Daijiro Yoshihara's S13 (no, seriously!).

P.S. I'd like to thank team Falken for their generous hospitality during the course of the weekend in Florida. 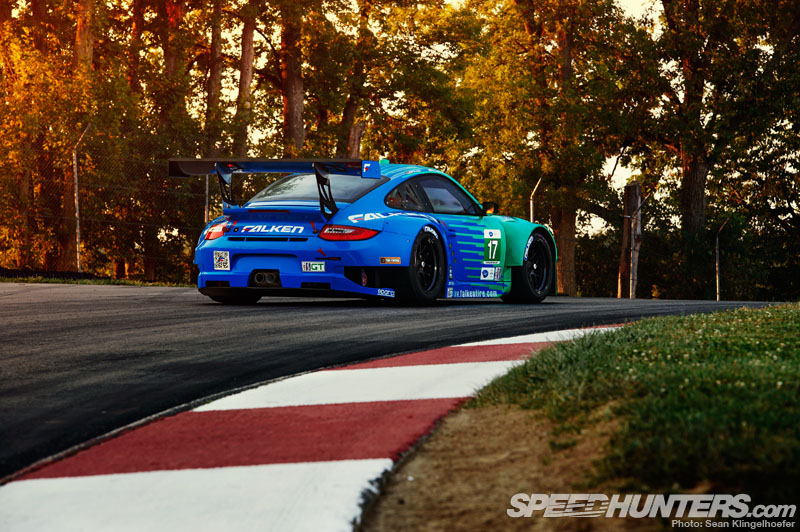 i wanna be part of the falken tire mafia *ahem, media team too!!!

very very very nice write up. I love hearing about the behind the scene action. It lets you become part of their world and gain a sense of understanding of what goes on.

Good read, respect to J. Brad always a good dude to me... Good stuff see ya in Jersey, Tom Cluise!

Well written and well photographed. I am glad you are taking to time get to know not only the drivers but the team. You give us other photographers something to aspire to. See you on the track in NJ (I'll be shooting the event as well)

here,s just a taster of a lineup of the formula drift team managers discussing their drivers performance and improvements made to the cars this season.enjoy.

Good work to the Speedhunters and to the Team Blue and Teal!

Dude is pretty dope, he gave me a free plate frame and what not. After repeatedly bombarding them with got any free stuff? I USE FK-452s!! & what not lol. -_-.

Dude is pretty dope, he gave me a free plate frame and what not. After repeatedly bombarding them with got any free stuff? I USE FK-452s!! & what not lol. -_-.

Great article and good writing as well! nice to see some real journalism.

nice article, getting some background info on the people would be cool too. Let's you know where they came from and how they got to where they are at. It's what made me pursue engineering back in the day.

A few days ago I turned a year older, which made me realise that next year will mark a decade since I

I am, by no means, new to press events. But to this day, I still find them to be a strange affair with