On a rather wet and winter's day at Mondello Park, I finally got to see and be a part of something that I've been waiting for, for quite a long time. Some of you may remember the exclusive feature on Martin Ffrench's Wexican Motorsport Toyota Altezza,  just last week the car returned from an intensive mapping session at Pro Tuner in the UK and finally made it's on track debut yesterday at an open drift practice day Mondello Park. For its first time in action, the car went and behaved superbly with only a couple of small problems that were easily sorted during the day. With the first test out of the way, plans are afoot for a second test day at a local track where Martin can experiment further with his setup and tire choices. One step at a time, it is all coming together.

No Access, No Problem: Shooting Drift From Behind The Fence 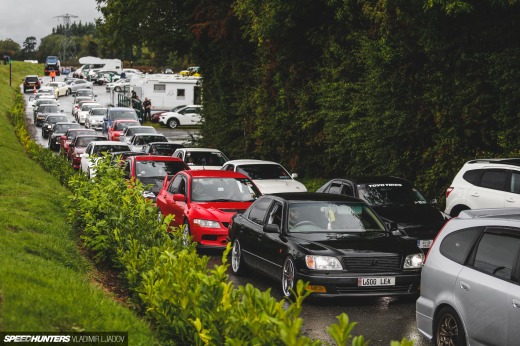 Can't wait to see it with paint.

that is it with paint, carbon doors throw it off as primered I guess. He could always add a livery down the line perhaps hmmm ... glad its coming along for them.

Great shot Paddy! Good too see Martin back out on the track, he has unbelievable talent behind the wheel, Fair play!

Looks awesome. Been waiting for this for some time!

This looks like that grey Altezza that I saw in those small 10 second drift clips.

good to see martin back on the track its been to long! hes a great driver hopefully this car will get him some titles under his belt!

i think these cars are sick but my budget wouldnt give me the guts to strip a lux car. ha ha. SICK ride nonetheless.

What happened to that car?

Is this going to be painted the now imfamous wexican yellow, it looks great in this paint but yellow and blue is how you know its frenchy

would love to have this car as a dd

This picture is AMAZINGGG Please make it a wallpaper T~T

Ah would of loved to of seen that!! Was gonna go down to the drift practice but got called into work!! =(

love the pic. like the look of the wheels out back! car needs its 'proper' colour & livery.. but one step at a time is right.. iron out all the bugs first!

winters day my ass it was t-shirt weather

any pics of wez and his entry's into honda

im so hype to see another 4door tezza out there, they are very well balanced i never understood why they wernt more popular.

Its a shame that the altezza was forgotten in during the F&F/Supra/turbo era. Many people have no real clue as to what it really is.