His task will be hard. Its a competitive series and the rules have been tweaked, which has pegged back the performance of his all dominating SEAT Leon TDi.

The FIA have also scrapped their 'success ballast' which was confusing to everyone! Now, success ballast will be added to each model of the car, based on previous round performance.

SEAT retain their 2008 driver line up with Rickard Rydell, Gabriele Tarquini, Jordi Gene and Tiago Monteiro driving the works cars. Tarquini and Muller will be at the front of the SEAT train.

Ex Formula 1 driver and BTCC Champion, Tarquini was runner up to Muller last year and if luck goes his way could easily. He was quickest in todays' testing at Curbita.

SEAT's main competition is going to come from the might of BMW. The German manufacture was unhappy with SEAT dominance last year and also the rules which allowed SEAT to venture into the distance. BMW previously won the previous four titles (3 xWTCC and 1x ETCC) with Priaulx. 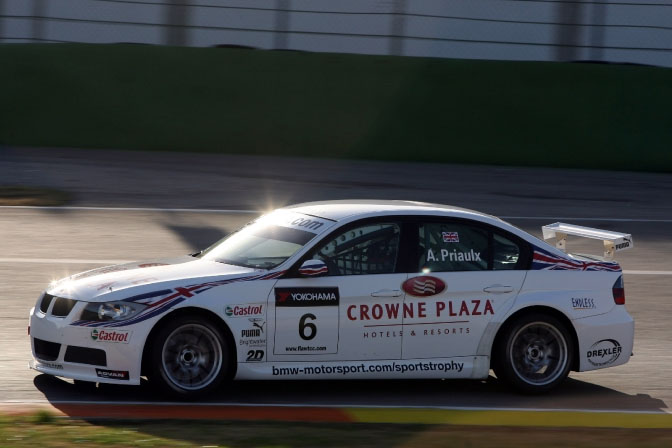 Each driver can be picked out by their national flag on their cars.

The works cars also see a small facelift, bringing it in line with the 2009 MY E90 roacar. Aerodynamically, this has enabled BMW to modify the air intakes and splitter on the front bumper.

British team RML will be up against it this year as they develop the new Chevrolet Cruze with drivers Nicola Larini, Rob Huff and Alain Menu.

Chevrolet has enjoyed success in the past with their old Lacetti including race wins in 2008. In testing, a number of problems has stopped the new car setting fast times, so a year of development is expected.

Lada are the four works manufacture in the championship.  Lada competed, with the Russian Bears Team in 2008, but this year is a works effort with Japp van Lagen, Kirll Ladygin and Viktor Shapvalov.  Don't expect any fireworks from them.

There are a number of non-works cars competing too. Tom Coronel and Tom Boardman are in Sunred SEAT Leons FSi (Petrol).

Coronel is a past Independent champion, while Boardman has previously won the British and Spanish SEAT Leon one-make championships.

The rest of the grid is mainly privateer BMW's. The Italian Proteam (above) and the Liquid Moly Engstler team are likely to be most competitive. Kristian Poulsen seen here leaving the pits earlier today.

With Honda scraping their WTCC programme, the marquee may be represented by Campos Racing later in the season with the old shape European Accord. 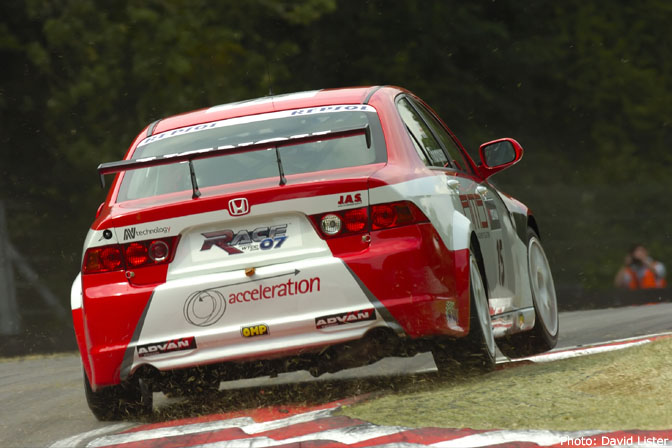 Being a previous SEAT owner and now a BMW owner, I have split loyalties, but ultimately I hope Andy Priaulx can make it five championships!

Its such a shame he doesn't get the recognition he deserves back in the UK. Maybe he should change his name to Lewis. 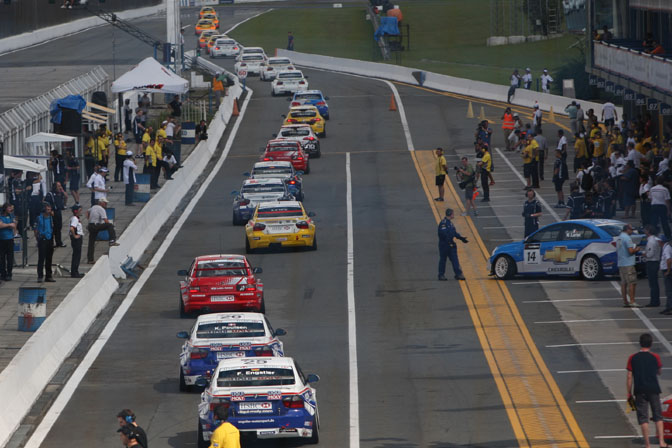 Touring cars are so cool, I get such a more connected feel to them in action than I do the LMP cars and such even though I love those cars too!

Buddy Buddy Buddy....i was about to make a thread about this on a forum im on. Good stuff Andy.

But couldn't you have given just a little razzle dazzle to the Lada squad? Tail enders deserve pics too. lol

WTCC isn't really appreciated in the US, which makes me quite sad, but hey what are ya gonna do...I love the lobster tail exhaust on the Prodrive BMW

Andy, it's Tiago MONTEIRO not Monterio ; )

I wish my countryman all the best luck for the new season. I really like to see him race and i think he has some nice skills, but sometimes he just needs a little more... Aggression (or balls...) and maybe some luck too... (I share my name with him too! I'm also Tiago! ^_^ )

I'm not feeling those exhausts on the BMW's... I liked last year's waaaaaaaaaaaay better...

The Cruzers are looking nice though, can't wait to see what they can do.

Anyone know how to Watch WTCC Covrage online??

EJ25RAN - not my fault, thats the only Lada picture we are able to use at a good resolution.

Those Chevy Cruzes are so much cooler then any Chevy compact that we get in the states. =(

The Cruze is coming to the States....assuming GM lasts

Great post as ever Andy. Always informative without being too technical.Hope you plan to do other previews.

I agree about Tiago, he needs to up his level this year, as does Gene. Why do SEAT keep Gene? Is it just because he is from Spain, because he is outclassed by his team mates.

Im downloading qualifing now......does anyone know race 1 start time? I think it is British Eurosport that will cover it.....I'll check there.

So isn't Orido driving this year?

Orido was a one-off and wasn't very good

SEAT whitewash in both races and the cars sound awful, but respect for getting serious performance from a diesel