I'm very pleased to write this post, as a big fan of French race driver Yvan Muller and admin of SEATCupra.net, the largest SEAT enthusiast forum on the net.

The final round of the FiA World Touring Car Championship took place in Macau earlier in November. Going into the final round, Muller and team mate, Gabriele Tarquini were the only drivers able to clinch the crown.

With the championship secure, the final race became a bit of a demolition derby! Honda driver, James Thompson appeared to have the race sown up, but with 2 laps to the end, Augusta Fafus (Brazilian liveried BMW, above) crashed into Thompson breaking his suspension. Fafus, now leading then crashed on the last lap, handing the lead to Tarquini.

Tarquini then hit a errand wheel, slowing the Italian, enabling Rob Huff to take another victory for Chevrolet. Muller was 2nd and Priaulx was 3rd. 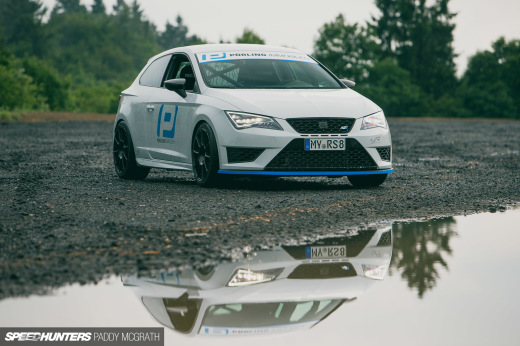 Hahaha, seriously. Not that I dislike drifting, but it's nice to see some balance.

I concur, i <3 track racing and it's wonderful to see some coverage of the lesser-known championships like F/B/WTCC!

is it dejavu or have i seen this post before. :-O

not unless its a new update with an old photo on it. im pretty sure this has been covered before. hmm.

Yeah, it was an awesome race at that. Little fun fact for you guys:

As everyone should have known, Manabu Orido did join up with Chevrolet for the last few races in 2008. Well, he did race in Macau but performs really quite badly compared to the others. None the less, he avoided all the carnage in the 2nd race and finished 7th and scoring 2 points, which puts him up in 19 place overall in the standings (out of the 40+ drivers)

It's because grip racing photos are so rare here, that it seems like you've seen the same picture before

There was a WTCC article MONTHS back, but not since. Also I hope that they cover some DTM racing too. (Some love for the sport saloons, eh?)

New photo. We have covered WTCC and BTCC a bit this year so search these tips. Both topics didnt recieve many comments, so if you want more, then shout.

I will be doing a 'Tin-Top' silly season update once I'm back from maternity leave with fingers crossed, an image of a new tourer...