Let’s cut to it – 2020 has been tougher on all of us than anyone could have ever imagined. It’s why this is personally the most emotionally-charged story that I’ve ever written.

When doing the job that we do, it’s easy to overlook the impact that car culture has on our lives. We’re not out there saving lives, or making a difference to the planet. On the scale of things, the things we photograph, see, do and write here about reside more on the superficial side of things – especially in light of recent world events, and at least speaking from my own experience.

So with everything going on around us, really how important is Speedhunting and car culture? It turns out, for myself at least, more than I thought.

Because it’s not until all of that is taken away from you – completely out of your control – that you realise just how crucial these parts of our lives are.

In the midst of a global pandemic, I think we’ve all come to realise the importance of parts of society that have been overlooked and under-appreciated for far too long: The health workers and those that care for us; those in the services industry that bring positive experiences and convenience into our lives; friends and family whose presence we took for granted; and our own mental health and wellbeing.

Let’s talk about that last one for a minute. Lockdown here in the UK has been tough, certainly on myself. But I don’t think I really appreciated just how much I missed doing what I do and how important it was to my wellbeing until I walked through the gates of Bikernieki Circuit in Riga, Latvia last Thursday morning.

I saw faces that I’ve missed for almost an entire year. These are people that I’ve travelled to more countries with than my own family. They’re those that I’ve shared huge highs and massive lows with, and those that I talk to on pretty much a daily basis, but have been unable to spend any time with in person for the past months.

With the sun beaming through the trees surrounding me (and a relatively ‘normal’ feeling about life in Latvia because of the low number of COVID-19 cases) my shoulders dropped, and I finally relaxed for the first time in what felt like forever.

I really didn’t realise that I missed this so much until it was no longer there.

It’s a minor miracle that this small doorway of ‘how things used to be’ was prised open at all. With a modified calendar for the 2020 Drift Masters European Championship (DMEC) season announced a couple of months ago, it began to look more and more unlikely that any events would happen this year at all.

As the official series photographer, myself and the rest of the DMEC media team would be in regular contact every time travel restrictions or changes to quarantine rules were announced. But we only had to contend with the logistics of getting ourselves in and out of our home countries safely and without unnecessary risk; the main championship organisers had the added pressure of ensuring that enough staff and drivers could also do the same to make the season a success.

Before long it became clear that, as cases spiked again around Europe, a full season wasn’t to be possible. Instead, all efforts were focused on making one event happen – the DMEC King of Riga 2020.

As disappointed as I was at the loss of the rest of the season, Riga felt like the right place to make a standalone event happen at.

In my opinion, Bikernieki is the best competitive circuit in Europe – it offers speed, danger, technical challenges and a fantastic backdrop. It’s surrounded in history and packed with interesting features and character. I love the city itself too; it’s a beautiful place filled with passionate and friendly people. If I ever go missing, it’s the first place you should look for me.

The event posed the problem of importing drivers and teams from countries with relatively high numbers of COVID-19 cases into a country that was rapidly recovering from the pandemic having had a relatively low number of cases. A personal letter of pardon from the Latvian government was granted for each driver taking part in the event, providing that every single attendee arriving from any country with above 16 cases per 100,000 took and passed a COVID-19 test before being allowed into the paddock, and in order to bypass Latvia’s 14-day quarantine period.

The respective teams involved formed social bubbles to minimise risk, and that extended to myself and the rest of the DMEC official media team who all stayed together in an Airbnb in the city, avoiding others as much as possible outside of the circuit walls.

Meanwhile, the team from Red Bull TV had their own trailers and offices at the track, as well as electronic proximity bracelets to warn them when they were closer than 2 metres to someone outside of their respective ‘bubbles’. It sounds like a lot, but if these measures allow us to continue doing what we do, then I’m happy to call this the future of Speedhunting.

Alongside mandatory face masks, regular sanitisation stations, on-site medical professionals, social distancing measures, and a prevailing appreciation of common sense, Bikernieki Circuit felt like the safest place on the planet this past weekend.

This was a reminder of how far the sport has come in a relatively short period of time. The event in Riga drove home that these are top-level drivers, and Drift Masters represents the highest level of professionalism in motorsport, off- as much as on-circuit.

Any trepidation surrounding what we were doing soon faded as the sound of monstrous engines and spinning tyres reverberated around Bikernieki Forest.

If you’d asked me a few years ago how I felt about shooting drifting, you’d have probably received a ‘meh’ at best. I was pretty burnt out from years of being involved in the sport, but the 2019 DMEC season had reignited the passion. And right there, in that moment in Riga this past weekend, it was the greatest feeling in the world.

And it wasn’t just me feeling it. As those behind the scenes were relaxing back into their respective roles, the drivers out on circuit were quickly falling back into the groove too. As Vladimir mentioned in his event recap, with just one event in 2020 now, and just one chance to make an impact (not to mention plenty of time to rebuild before the 2021 season), the competitors were leaving it all on the track.

I’m not here to rehash what happened – the livestream did a far better job of that than I can improve upon. I highly recommend you check up on that if you missed it – it’s the slickest production of a drift event I’ve ever seen.

New builds and fresh liveries were unveiled, only to be rubbed, scraped and banged off concrete walls – and other competitors – as soon as the occasion allowed.

And as the event progressed, the tension rose and the sun lowered in the sky, it continued to escalate. From spectacular driving to crashes, near-misses, drama, fire, emotions – whether watching online, in person or through a viewfinder, it was the single most entertaining and dramatic drift event most of us have ever seen.

I simply don’t possess sufficient hyperboles to do it justice.

DMEC King of Riga felt like one last hurrah in 2020. An event that never looked like it was going to happen; a brief window into what we used to take for granted; a middle finger to the year 2020 and a show of the resilience of those that proves that if you want something enough, you move heaven and earth to make it happen.

As I settle back at my desk at home and pore over the contents of my memory cards, it’s hard to hold onto that feeling, as tightly as I’m grasping it. But it gives me hope that when we do manage to do it again, it’ll be a high that will match or surpass what we all felt in Bikernieki this past weekend, and hopefully it’ll not be as short-lived. It felt so good.

To be back in Riga.

Let’s Have A Chat About Lockdowns & The Car Community

Nice pictures .
But now I'm yet more in a hurry to be end august to be able to shoot cars from French drift Championship and meet back fellow photographers friends (even at my very modest level ).

I hope it happens for you Joachim!

Jordan, thanks so much for this excellent article. I couldn't feeling a bit sad reading it, as I never get to go to any events or meets or anything. It's like there's an unwritten rule that I'm too young. But you are so right, we never realize how much we need something until it is gone. That's one good thing the COVID did. It helped me appreciate life in general more.

Thanks for taking the time to read – glad you enjoyed it!

Many lessons learned this year, somewhat glad it happened.

Nice picture; I watched the live stream as well; they do a helluva job. We saw Jordan ever so briefly in when David Egan was narrating the behind the scenes video found here: https://www.youtube.com/watch?v=TAMNp524BS4&feature=youtu.be

The pictures are great and the livestream was epic top-notch. We briefly saw Jordan Butters in the "DRIFT MASTERS | THE TECHNOLOGY BEHIND THE CAMERAS!" video narrated by Dave Egan! What goes into the production is incredible. See it here https://www.youtube.com/watch?v=TAMNp524BS4 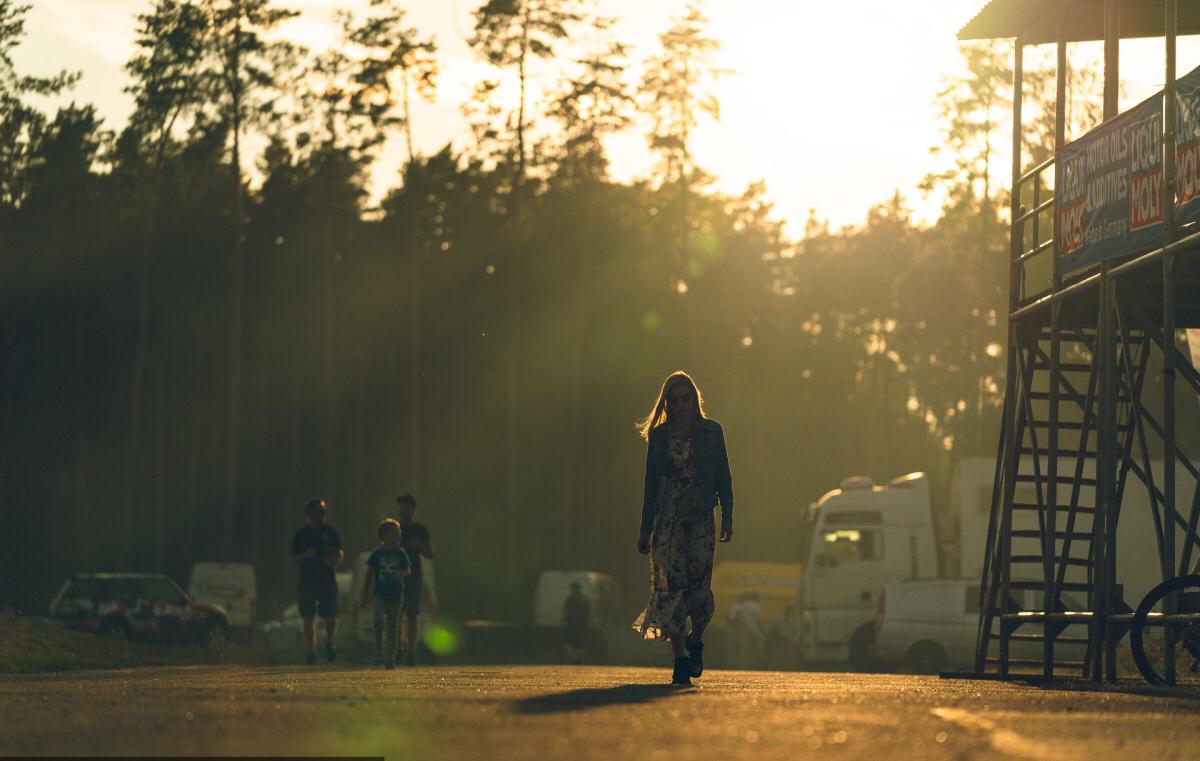 Any update on the Speedhunters store?

Damn, i felt every word of that aha!

"completely out of your control"

This is why you have a great chance of losing all motorsport activities in 2021. Fall/Winter and the flu season are approaching. But the annual will be called the second wave of the epidemic and you will believe it.
Only a few Americans had the courage to go out and demand an end to this trash.

How's that working out over there?