There are so many different genres of motor racing, so what makes hillclimb events different?

Motorsport really is a vast ocean of variety, isn’t it? Firstly, you have traditional circuit racing, which includes sprint races, endurance and time attack. Then there’s ovals, drifting, gymkhana, rally, and my least favourite, drag racing. There’s definitely a favourite genre for every type of petrol-head though, and one of my personal favourites is hillclimbing.

For anyone not familiar with this type of event, let me firstly explain the format that most hillclimbs follows. In a nutshell, it’s a form of motor racing in which drivers race singly against only the clock to complete an uphill course. These course lengths vary from around 1-mile to much longer ones, like the iconic Pikes Peak International Hill Climb which totals some 12.42-miles.

Hillclimbing is actually one of the oldest forms of motorsport, with the first known event taking place on the 31st of January 1897, at La Turbie near Nice, France. The hillclimb held at Shelsley Walsh, in Worcestershire, England is the world’s oldest continuously run motorsport event still staged on its original course, having been first contested in 1905. That’s quite a run.

You Only Have 1.2 Miles To Get It Right

Hillclimbing is different to most types of motorsport genres where you compete with other drivers on the same track. In those events you get to race for multiple laps, other competitors can make mistakes under pressure which can benefit you, and generally the risk is much lower with considerable run-offs in case you run out of talent. At a hillclimb, as soon as you leave the start line it’s all or nothing.

The Jaguar Simola Hillclimb in South Africa runs for 1.2-miles up a narrow road, with no run-off, large embankments on the left side and steep drops into a forest along the right side of the track. You really don’t want to get it wrong here.

You launch off the line as best as you can, which is one of the most important parts of a run, with the first corner being a right-hander, followed by a really bumpy straight where the fastest cars can hit 150+mph before having to brake for a tight left hand corner. Then you have the esses, followed by the finish line which can be easily overshot. This has happened before, when a R35 GT-R misjudged the finish and went straight off the mountain down into the forest, popping all its airbags and bashing up the car really good.

There Are No Limitations

In most forms of motorsport there are specific sets of rules to be eligible to race, which keeps things more fair and can also help keep budgets in check. But what this can also do is exclude a lot of cars, simply because they can’t be classed properly.

Take for instance GT3 cars like Lamborghini Huracáns, Audi R8s, Ferrari 488s and the like. Those cars are all basically identically-specced and restricted so that they can compete in a certain category. The same goes for formula cars and historics.

In hillclimbing, however, although there are still certain classes there’s basically no limits. At Simola there’s a ‘Single Seater 5-Cylinder & Above’ class, and in this category any single seater racing car would be eligible as long as it has a five-cylinder or larger motor. This year there was a McLaren-powered Gould GR55, an A1GP Ferrari, and a 1968 McLaren M7A all competing in this same class. Vastly different cars, yet they could all race together.

The most extreme and exciting classes are the Unlimited Modified Saloon classes for five-cylinder and above forced induction cars, featuring both RWD and 4WD. Here, spectators saw crazy Nissan GT-Rs, an Ultima GT-R, Lotus Elises, Subaru Imprezas, and a really insane Toyota MR2. Many of these cars were packing over 1,000hp.

Even a Dakar Nissan Navara decided to take part this year, sticking on some road tyres and making some suspension tweaks, just to come have a bit of fun and put on a show.

If You Think You Have Enough Aero, You Probably Don’t

In usual motorsport situations a large rear wear is considered good aero. But when it comes to hillclimb events you can almost never have enough aero.

Here it’s not uncommon to see monstrous rear wings, widened fenders, front splitters, canards, rear diffusers, and any other type of aerodynamic aid you can think of. It’s all in the name of downforce and the ability to attack corners as quickly as possible.

Every year the aero packages we see at this event get more and more advanced, but none are more extreme than the one worn by Franco Scribante’s matte black GT-R. I can just imagine that when asked how much aero should go onto the car, the answer was simply yes.

Franco’s GT-R caused a bit of an internet meltdown when it was unveiled, with many keyboard warriors making jokes and saying all that downforce would never work. Well surprise, surprise, the car proved them all wrong when it set a new saloon car record at Simola – a 38.551-second run up the hill at an average speed of over 105mph (169km/h). It’s also worth pointing out that the car wasn’t running at anywhere near its full potential; it was the very first time the GT-R had been used in competition and with that came a lot of teething issues.

Even Manufacturers Are Game

You know a motorsport event is exciting if an auto manufacturer decides to get on board. For the last few years, Jaguar South Africa has used the Simola Hillclimb to showcase some its latest and greatest performance cars, and everything from the rowdy V8 supercharged SVR models like the F-Type to the just-launched F-Pace and new all-electric I-Pace competed this year.

I must say, the I-Pace, although being completely silent which is still odd, was plenty fast and took a hammering all weekend long without any fuss at all.

If you’ve never attended a hillclimb, do yourself a favour and get along to one – I can’t explain how good they are in just a few photos. Pikes Peak and some of the European hillclimbs are definitely on my bucket list. 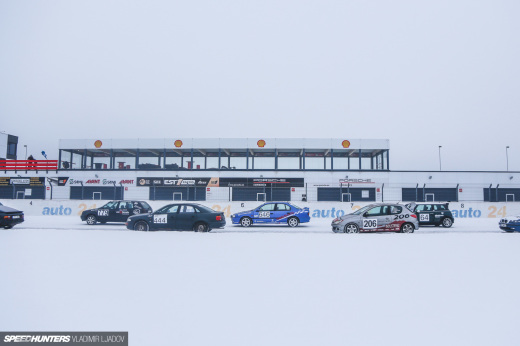 Love the coverage man . The body kit on that E30 looked pretty sick got any specs on the car?
And lastly are you gonna cover a supadrift event ? Never seen one on here lol
Once keep up the awesome work

Thanks man, glad you dig it. That E30 is pretty sweet. I think it's a custom built kit. Spoke to the owner, he's up here in JHB where I am, so might try get it for a shoot sometime.

I'm looking at doing an SD event, if I can find one where I'm still available on the date

I wish getting to European Hillclimbs were easier

I had an addition. I know this is S.A.
You should come check out Mt. Washington Climb to the Clouds next July. It's one of the most challenging and historic roads on the planet.

Yeah I'd love to get to some European ones, pity it's quite a mission and pricey with the worthless Rand. I've heard about that one, would definitely be so rad to check out!

Thanks dude, glad it works for you

Ironic that you say you like drag racing the least but list off 2 forms of autosport (drift and gymkhana) that AREN'T EVEN racing by definition.

They might not be traditional forms of motorsport or racing as you say, but it is still considered racing. I just like drag racing the least because you spend so much money to go fast for a few seconds, breakages and parts wear is much higher, and sometimes people will go to an event and not even be able to get one good run in. Also heads up racing can be quite good to watch, but when it's the type of drag racing where each guy just runs to get the best time and they're not actually racing each other, it is pretty boring.

Now again, when it comes to top end runs those I can dig, but again, because we don't have many long available airstrips here, we don't really have those types of events to attend.

Hill climbs are an experience that is quite interesting

They are interesting indeed!

If I remember correctly that red Ultima was running a twin turbo Alfa V6, what a sound!