Imagine if you will, a car that produces 1180hp and 1330ft-lb, and could reach 150mph (241km/h) in less than eight seconds. You’d probably think it was the latest from Bugatti, but it’s not.

These numbers are for an Ariel Motor Company project called HIPERCAR, slated for a 2019 debut and 2020 production in Somerset, England. It’s a full electric vehicle with a range extending turbine engine that will come as either a two-wheel drive or four-wheel drive vehicle.

HIPERCAR is an acronym from ‘HIgh PERformance CArbon Reduction’ and the proposed numbers are staggering to live up to its name. Zero to 60mph in 2.4-seconds, 7301ft-lb of torque to all four wheels after torque multiplication from the gearboxes, and 1180hp – these are numbers you probably expect from a multi-turbo, 16-cylinder, mid-engined supercar.

The HIPERCAR is slated to get its power from a 750-volt, 42kWh or 56kWh, lithium-ion, cooled battery with a 47hp (35kW) micro-turbine generator for range extension. There will be inboard motors with a single speed gearbox, with each motor generating 295hp and 332ft-lb of torque.

Unlike the skeletonized Atom and Nomad, this Ariel will be a full-body car; the chassis is all folded and bonded aluminum with carbon body panels over the top. There will also be aluminum subframes that aluminum wishbones attach to. It also looks like there will also be an option for either forged or carbon composite wheels with 265/35R20 front and 325/30R21 rear tires.

The other option will be if you’ll get it in two- or four-wheel drive. This will also determine power output as the two-wheel drive will only get a single motor for 590hp and 664ft-lb of torque to generate a total of 3651ft-lb of torque after the gearbox multiplication.

Ariel is planning for a demonstration prototype thanks to help from Equipmake and Delta Motorsport at the Low Carbon Vehicle Show at Millbrook next month. 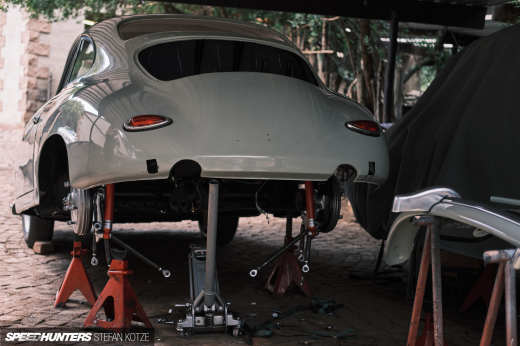 HIPERCAR is an acronym from ‘HIgh PERformance CArbon Reduction’


Hmm, might want to ask Jaguar how that worked out for them

Thermal efficiency is also higher than a diesel, correct?

Quick, to the Batmobile.

I like how the front tire is exposed in the overhead front shot. Hope they do 2 exhaust outlets or 1 larger one though. Everyone's a critic.

As it's electric I'm not sure if that's an exhaust pipe!

It will have a tailpipe but for the turbine generator that will recharge the battery.

You're right, my bad, i misread the tech section. Regardless, it looks too small.... whatever it is.

the opener picture.....looks like a Transformers Head in 3D from this angle

Did they have to make it look like a transformer??

Wow! What an amazing car!

I can't wait to see which excuse they'll use in a year to explain why it won't be going into production!

"NHTSA wants us to crash-test 50 - on our dime."
"The only people in America who can afford it live in Los Angeles and Frisco and we couldn't get it past CARB."
"The oil sheiks in Dubai don't want it because we can't make them fast enough for them to buy a new one every month."
"Our valued customers in the South American and Eastern European underworlds want armored versions, and that adds weight."
"The turboelectric drivetrain won't meet EU CO2 regs."

The avalanche of excuses will be one of those shovel-ready projects Barack Obama spoke of.

Your utterly nonsensical attempt to tie in a ridiculous political statement lowers the intelligence of anyone reading it and certainly shows where yours is.

But why am I wrong?

So, in the UK, there's several ways to approve a vehicle for the road. One way is IVA (Individual vehicle Approval). This still has rules to abide by, but things can still pass. I don't know how it works in the US but there are always ways around things, you just have to make it work. There's also sections of EU legislation (article 20, I think) for vehicles, that can apply for exemptions if they have innovative technologies that may in some way improve the future for vehicles on the road.

This will also be small production, so won't have to go through the amount of testing a mass production car will. In the EU it'll be fine. They make the Atom under licence in the US just fine too, so who knows.

Your negativity towards something that is truly innovative is very saddening.

In the last 40 years, I've seen company after company promise cars that'll redefine street car performance - cars so awesome, they should have their own 80s action-adventure TV show.

Rarely do they make it to series production, usually for some variant of one of the reasons I mentioned above.

Promises mean nothing - it's what you deliver that counts.

By the way, I'm still waiting for my flying car, my jet pack and my laser rifle. I was promised those things too.

Bugatti eat your heart out!

Why making it ugly?

Just an FYI, with the smaller battery you could get just under 3 minutes of full load time, and with the larger battery this increases to a whopping 4 minutes.
I guess that's enough time to smash out one fast lap on a majority of normal race circuits though (although not really enough for a coveted nurburgring lap record I suspect).

1180 hp and it has that flimsy A pillar and the truss structure in the middle of the roof tying up the tubes? I would not want to crash in that... Unless the mentioned carbon panels are somehow bonded to the roof structure and provides more strength. Next step would be a full carbon tub but that would drive the cost way up (and the weight down). Certification process for US import could be similar to the one Gumpert uses for the Apollo...

All this or, get this, you stretch a Lotus and stuff a big lump of Bowtie Aluminum in it and call it a day.