If you caught my recent cultural exploration into the mysterious world of the bosozoku, you may recall me saying that there was a very strong sense of pride in all things Japanese at their Fuji Kawaguchi Auto-Jamboree event. It almost didn’t matter what it was – if it was made in Japan, they loved it.

So, what do you do if you must have something Japanese, but want a classic muscle car? The Ford Mustang would make a good choice besides the fact that it’s American.

Fortunately, Toyota came up with a solution for this dilemma when they created the Toyota Celica 2000GT liftback.

The styling cues are so similar to the Mustang that the car quickly earned the nickname ‘Mustang Celica’ or the ‘Japanese Mustang’. The rear three-quarter view is where it really shows its similarities; we definitely don’t need to tell you where the inspiration for the the bulky rear fenders, C-pillar louvers, and vertical bar tail lights came from.

The owner of this particular Celica decided to keep it relatively simple and change up the looks with works inspired fender flares, a front lip spoiler, and a larger rear duckbill spoiler.

True to the bosozoku spirit, twin exhaust pipes extend out from the rear bumper; I imagine they provide a deafening exhaust note, too.

The interior remains fairly stock besides some old school Recaro front seats and a DIY-style console panel complete with gauges and toggle switches. Because who doesn’t love toggle switches?!

Although still shrouded in mystery, many of the stickers found on these cars reveal not only the teams they’re associated with, but also some of that strong pride in Japan, albeit used in a symbolic way of rebelling against society by doing the opposite to what everyone in ‘normal’ society was taught. *Note, that isn’t a swastika but the traditional symbol to signify temples on a map*

With all the crazy and over-the-top bosozoku styling I found at the Fuji Kawaguchi Auto-Jamboree, this Celica GT was a pleasant surprise.

Ron, i am so happy that you keep posting these kind of stuff. I´m crazy about kyusha cars, especially this one that get the old Japanese style. This one is awesome, would drive for sure. Your last post about the Bosozoku guys was great, not only you gave us nice pictures of the event but also the explanation about Boso lifestyle was very accurate and important for people that don´t know or understand this side of Japanese car culture. Thanks and keep up the good work. Just cant wait for your next post. Take care

Thank you! I'm glad you are liking it! It something that has been hella interesting for a long time now. Have a few more coming but I'm working on something else behind the scenes ^^ I'll leave it at that

I'm with you. I love the styling on some of these cars that keep it a little more on the mild side. I've always wanted to know more about it, and his last article covered a lot of it that I didn't really know.
Some of the cars with the huge tail pipes and front lips that are 4 feet long.............uh, they're "interesting". This celica is definitely something I'd drive though.

Haha oh! Those are next ^^ it's been really interesting because unless your speak Japanese (and even then...) The information is very hard to find.. but I've been loving this exploration

There used to be a local rocker dude with a mullet that rolled around in one of these that was pristine. It was roughly about 8 years ago, before I really had much appreciation for the classic japanese cars. It was so nice. I wish it was still around so I could talk to the owner.

First time I fell in love with a bosozoku car <3

they ARE swastikas, the nazi ones are called Hakenkreuz

I'm glad you know the actually difference! Makes my job easier ^^ trying to go that far in depth to explain it is asking for trouble lol

Well, it is the bosozoku we're dealing with here lol

All those shots and none show (what I can only assume are) rare Bilbo wheels!

^^ like to keep things a mystery haha. But honestly I kept being asked questions and people wanting to talk to me (imagine that ) that getting a wheel shoot slipped my mind. I'll try to fix that next time ^^

Ahaha, It's all good really, I was more amused at the probability that a photo showing the wheels doesn't even show up by accident! Judging by the sticker on the flares and the gold reflection in the barrels, I think I know the style anyways. Great photos as usual though.

If nothing else, at least you busted the myth of the Japanese "swastika." But seriously, this is an extremely nice Celica. I especially love the grille/headlight cover with the mesh lower section. A bit more unique than the standard solid one. And the level of finish on this car is pretty high as well. Keep 'em coming, Ron!

Thank you! This was definitely one of my favorites from the day. Have a few more and working on another project (hopefully I can pull it off) lol

This would be the perfect star for a reboot of Steve McQueens Bullet. All shot in Japan, all in Japanese. Make the charger an old Skyline. Reuse the original score for the soundtrack. Chasing on the togue!

Haha now that would be an interesting reboot

That bent license plate (if intentional), looks cool. Kinda looks like it's a piece of paper that's flying with the wind as the car speeds away.

Yea it's definitely intentional. Usually it's bent more but basically it's to make it more difficult for the police to read your plates as you blast by doing reckless stuff lol. I'll have to double check on the rules but I BELIEVE the police need proof of your plates before they can charge you with anything. They can still get you and hold on to you for a few weeks while they try and get you to confess though

That actually IS a swastika though, theres also a Black Emperor car with the swastika turned 45 degrees like the nazi's had it.

Also for the people interested theres a black and white film about the lifes of the Black Emperor, albeit hard to come by.

There also is some magazine floating around as well. Ended up spending the evening with an 'ex' bosozoku the other day and he was telling me about the black emperors and such o.o

Man on the homepage I was scrolling, and I really thought this was a Mustang at first lol I was fooled pretty hard.

Haha it happens to the best of us ^^

the swastika used by the temples are clockwise right? so they are going counter-clockwise to show their way of rebelling against the society?

I believe that is correct. I'll have to ask them later why.

Hey isn't that a swastikas?!?!


Lol jk I read the article. Great coverage!! I've always thought this Celica was a copy of the mustang. However, it still has some styling of its own. Them flip up (flip backwards?) headlights are so cool!!

I have one too she's my fave!

Great write up on a truly awesome car. 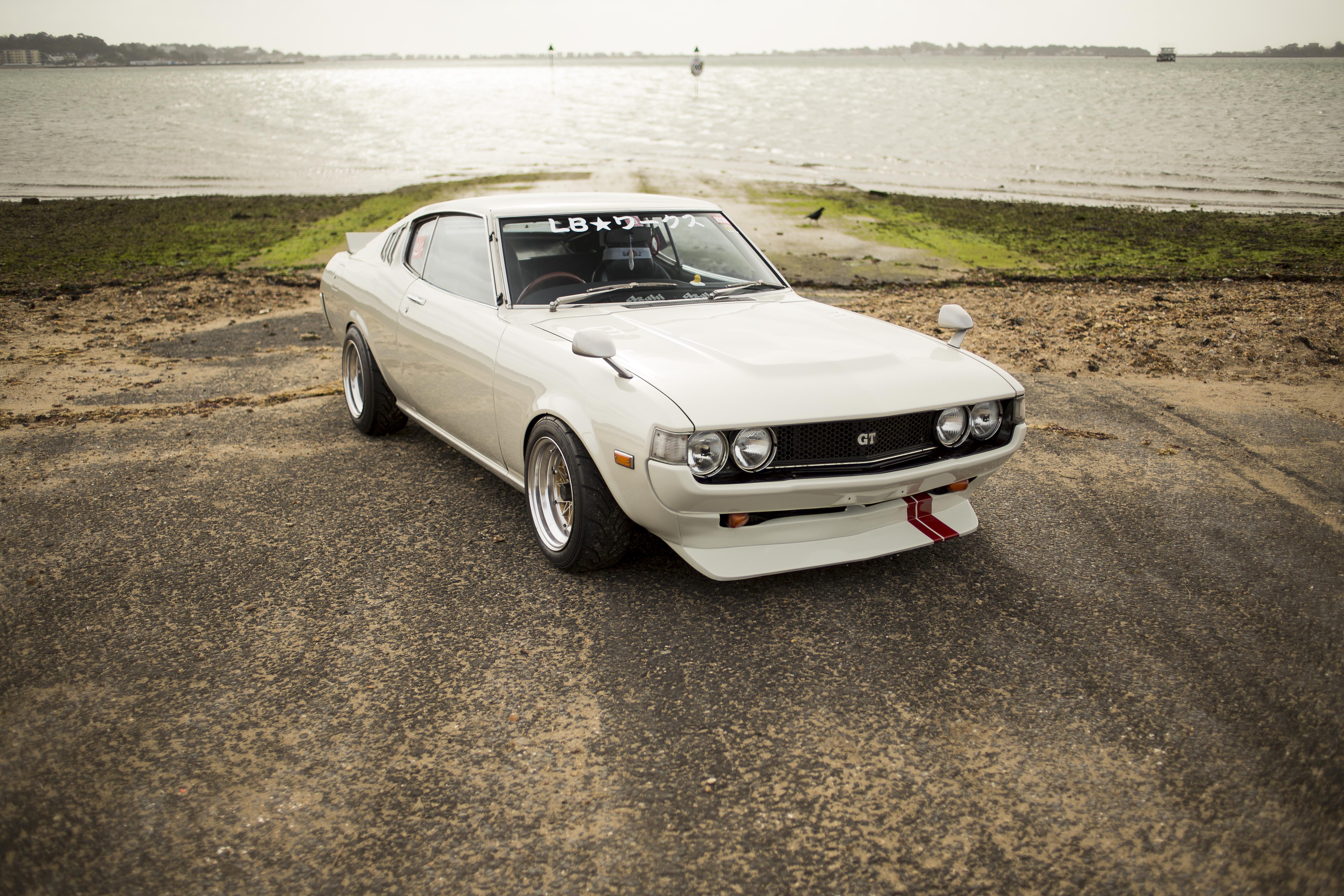 Thanks Ron! I've spoken with you before on one of your YouTube videos actually.

If you're ever in the UK come visit and take her for a drive!

Oh snap ^^! Thank you for watching

and that sounds great! Just need to make my way over there now lol..

What....that is not a Mustang

Japanese Mustang yeah ^__^ but not a Ford Mustang lol

hahahaha. All in good fun 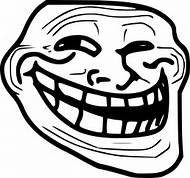 Love this celica a lot

The swastika is same idea as painting iron crosses on old hod rods.

No, it really isn't my friend. It's a first and foremost a Buddhist symbol and very prevalent in Japan. Also read the article, it's actually explained.

Ducktail spoilers always worked well on these 70s Japanese sport coupes.
Of course this is the perfect choice for the liftback Celica. Love it!

I wonder how quickly would someone be ostracized for bring an actual American car LOL.