Remember the No Daigo, No Party video we posted up late last week? Well, there was another reason that director Luke Huxham was filming at the Gunsai touge, and that was for a new Motorhead magazine short film titled Heart Vs. Head.

‘Japan Tuned’ is the theme for Motorhead’s latest issue, and to complement its print content the Japanese magazine invited HKS to bring two special race machines from two different eras to the closed road course, and drive them at full noise. HKS driver Nobuteru ‘NOB’ Taniguchi was given the honour, and in this stunning clip he pilots both the HKS R35 GT1000 and the iconic HKS R32 GT-R Group A car.

As always, this film is best served at high volume and at the highest video quality setting, which in this instance is glorious 2160p 4K. If you like what you see, grab a copy of Motorhead #16 and you’ll be given bonus access to full, raw in-car videos as well. 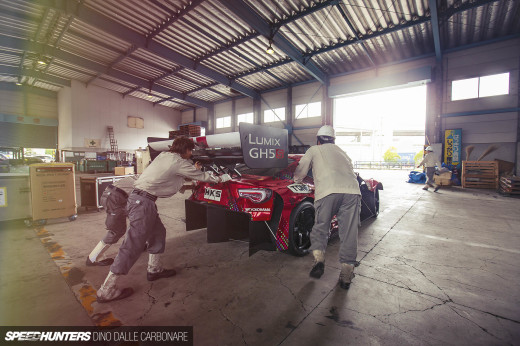 The Road To WTAC Starts Here 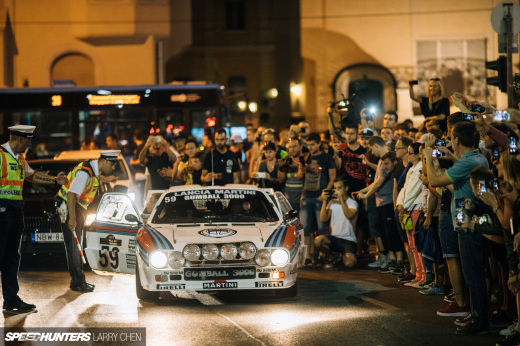 Oh my!!! Definitely worth putting some decent headphones on and cranking up the noise for this one!!

I will be the owner of a GTR R32 in a few days here in Italy.. imported from Japan (exactly Tokyo). I realized my dream. I love the Japanese culture.

But seriously it was the most impressive GTR of WTAC last year.
Still want the Group A though.....

Abezzegh87 Yes RHD. Honestly i don't know, i bought it when it was already in Italy.. the dealer made all the documents to bring the Skyline here.

RichGainsford pshaw, I turned my head over my shoulder and told the wife to deal with it or leave for 5 minutes lol

Speedhunters will you be selling Motorhead #16 on your site? If not you should start selling these in you store.

This was so hard. I can't turn my headphones up any higher.

So happy to see videos back on Speedhunters! They've been absent for a while!

R32 all night long. respect to the R35, but the heart is the heart.

And respect(lots of it) for Nob Taniguchi for his driving and Luke for his videos.

Abezzegh87 Depends on the country. I live in the Netherlands and here it's fairly easy (as with anything car related, like tuning and engine swaps). In Belgium however it seems to be very hard. In Italy you can't have any modifications on your car, so I think getting a skyline registered will be hard also. In germany everything has to come with certificates and it's also kinda hard to get a car without an EU certificate registered. In the UK you can register pretty much anything with headlights and an engine. There should be one Europe, but in reality law's and rules vary greatly between country's.

@DPer4mance Abezzegh87 In Italy you can also register a car as a "special vehicle" which means you can drive legally a widebody, extensively modified car on the road, and if the car has already been registered in another EU countrybefore entering the country, like, for example Germany, where a lot of modifications are allowed you can also rewrite them on your registration paper, wich is pretty useful when police pull you over.
Anyway as long as the car remain pretty much stock I don't think it's any harder than registering any other lhd veichle, which is NOT easy at all considering all the burocratical problems Italy as to offer but, whatever...

Beautiful vid! I find power oversteer on corner exit + lots of torque steer to be utterly terrifying. These guys are crazyyy.

Sick. Would have liked more footage of the cars being thrashed.

Got to love that HKS livery. All hail Nob.

As awesome as this was, some aerial footage would have been nice.

Where is the road ?