Sometimes we can get all too caught up within our own existence, problems and daily grind. But the thing with the Speedhunting world is that it’s almost without limits, and it’s on the outer periphery that we find films like this one. It looks into a culture unfamiliar to most of us, whilst celebrating something we can all relate to – pushing the limits of what you do and know. London-based four piece band Django Django became obsessed with the Indian Well of Death riders and decided nothing would be better to accompany their track Wor. We like their thinking.

The well of death is called that for a reason, but what makes this film directed by Jim Demuth different, are the riders and drivers that take to it. No team colours, no flash graphics, just plain old, stunningly captured daring and courage.

Roll up, roll up, they might not be here tomorrow… 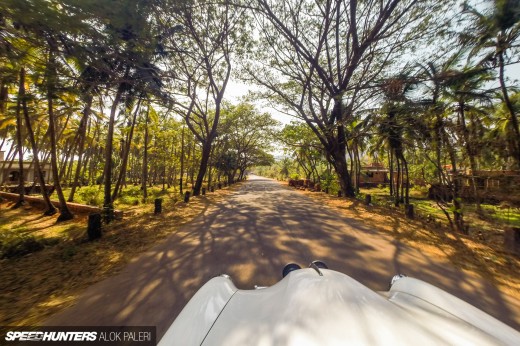 Oh my god... amazing video!  That videography is equally amazing--I'm not sure how they're shooting those high fps shots accentuating the action but man... 2:48 - 2:52 for what I'm getting at.  Thanks for the post Bryn.

it was a really gooooood video. very well done. TOO bad they wasnt any more tooooo short....