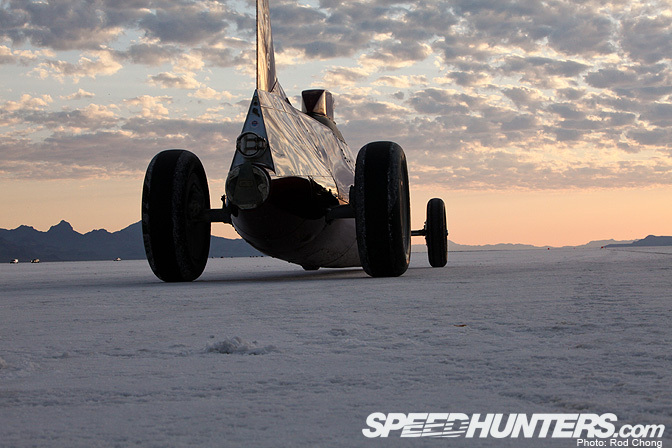 I remember back in August 2008 I spent three weeks travelling across Japan, sampling different aspects of its vibrant car culture. It was an eye opening trip, as I got to see for real, the culture that, up until that point, I had only read about.

I have a quick story from that trip I want to tell you about to illustrate a point.

For the first week of the Japan Speedhunters trip we were hosted by the fine folks at Team Orange. Every night they would take us around the local areas, sampling different types of food at various restaurants in the general vicinity of Ebisu.

Late one night, while returning from a day trip, our hosts decided we should grab a quick dinner at local truck stop. Now this restaurant was a bit different from a typical westernized joint in that it was laid out with low tables. All customers were expected to sit on the ground.

So we followed the Team Orange crew into the restaurant and they dutifully sat down on the provided mats and started looking through the menus. No big deal right? Not!

What should have been a normal dinner at an average restaurant quickly turned into a bit of a comic scene.

It turned out that two of the westerners in our party were having problems sitting on floor. Their hips were just too stiff to allow them to sit upright unsupported!

As the two westerner guests struggled to find a way to sit comfortably at the low tables, curiosity turned to outright laughter. The Team Orange crew just couldn't figure out what was wrong. Can't all normal people sit on the floor to eat food?

It dawned on me in this moment, that something has gone rather wrong with the bodies of us westerners. A lifetime of sitting on chairs in desk jobs has rendered us without the basic flexibility necessarily to sit on floors. It seems that there is a cost to our modern lifestyles.

By the same token, you also have to wonder what other, more profound effects our 9 to 5 office bound experiences are having on us. Are we being desensitized by our fast paced, twittering, facebooked, multi-screen lifestyles? Is there something deeper and more profound that we are losing the ability to feel, see and hear?

OK we have lost the ability to sit on the ground, but what else is eroding away? And more importantly can anything that can be done to stop the rot?

The trip to Japan made me realize that perhaps our bodies are not in the heathliest of states, but it was a trip to Bonneville that got me thinking about the state of our souls.

As soon as my feet touched the cool surface of salt flats, I started to wonder if there was something deeper in the world that I was missing.

When was the last time I allowed my sight to dance across such open vistas?

Visit Bonneville and your city life will quickly retreat into back of mind.

As all around, this alien world of raw elements will dominate your senses.

You will feel the echoes of what human life used to be about.

Before our twitterific virtual existence came into effect, this was our world.

And it's a realization that any visitor to Bonneville will have to ponder in one form or another.

Your arrival on the Salt will likely start on this very road.

You will find yourself deep in the heart of America. Just on the border between Nevada and Utah.

The sign for the legendary land of speed will appear in the distance. Welcome to the Bonneville Salt Flats.

Eventually the road runs out and you find yourself driving on a billiard smooth surface of salt. The horizon is unbroken in all directions.

In the distance you'll see a line of cars and trucks. These are the pits.

Continuing in, you'll start to notice a plethora of unusual spectator cars.

These are machines which have almost totally disappeared from the roads of America.

Bonneville is a magnet for these cars.

Many of them are works of art unto themselves.

They are not here to race.

No not all all.

These cars (and their respective owners) have come here to be part of a yearly pilgrimage to visit one of automotive culture's most hallowed grounds.

This is where hot rodding first flourished. And by that I mean the act of regular people modifying and customizing their cars. All in the pursuit of speed.

What was considered old, outdated metal, was recreated into new expressions of personal style and know-how.

And it's this same spirit which has now criss-crossed the world many times over.

But this is where it all began.

I think this is one reason that competitors from across the globe come out to the salt every year.

It's that and the unadulterated pursuit of speed.

As Bonneville is one of the few places where one can truly open out a car.

And it doesn't really matter what type of car it is.

Absolutely any type of machine can be recreated as a Bonneville racer.

Whether an old truck…

… or a plastic mid-engined Pontiac.

There are some types of cars which have become a bit of a standard as Land Speed racers.

While others will always be one-off experiments.

What ever your taste in cars though, you will likely see it flying down the five miles of Bonneville.

You will soon find yourself staring into the deep horizon.

Which is why we keep coming back here year in and year out.

I have heard people say that once you get salt in your veins you'll never be able to keep away, ever again.

There is a part of your being that will come alive when you visit this place. A part of your soul that might have been sleeping for most of your life

And once awakened, it will refuse to go back to being dormant.

You may return to your life of computer screens, social networks, smart phones, credit cards and mortgages. But part of your soul will ever remain on the salt flats of Bonneville. You may not be able to sit on the floor, but your soul can still fly!

More Things to Do Before You Die Stories on Speedhunters

I think you guy's hit the nail on the head AGAIN! We are all being digitalized(i am, a this very moment) and slowly we're losing our soul like you said...

plz keep making these things to do before you die writeup's, they are AWESOME!

Awesome piece! Would it be trite of me to ask for desktops of the pictures you used for this article?

Bonneville was where I first drove one of my dream cars (Pulsar GTi-R) and my first right hand drive car, all with no speed limits. What an experience it was.

totally agree with one, "but hey! thats us" in the western world, were tied down by time and all the other none-sense that we allow. - not sure i can afford this one but i'm glad its on the 'list'

this is ground zero for all modified car cultures around the world.. i remember this statement from a while back! - true

See you on the Salt! Salt Fever is for REAL!!!

Seriously, this shots could legitimately hang on a lounge room as a art. Awesome stuff. I LOVE SPEEDHUNTERS!

How do we get more pics of this quality?

yet another awsome post! loving them!!! but this one in particular is one that i really wanna do, with all the hype that goes on about the salt flats!!

This retrospective series of articles is so far the best Speedhunters has done, period. How do you keep raising the bar?

I use to work in the hot rod industry and have been part of two race teams, both in 32 ford roadsters. There is nothing like it on this planet, the closest I can equate it to is a high speed run on packed snow. The car is loose, and youre steering with the skinny pedal, the whole time listening to nothing but the motor climb through its rpm range...Once you top out high gear youre suddenly trying to shove the pedal through the floor hoping a few more hundred revs will magically appear, then you cross the finish line shut her down and get her stopped...Most times youre out of the car and pulling off your helmet and jacket as the pull vehicle catches up to you... FWIW-The tan and brown weathered coupe and the black coupe behind it were built at the shop I worked at.

I appreciate these articles enough to actually add them all to my bucket list (even NASCAR, sigh). But as i calculate the ex-wives and braces, it looks like I'm running out of money and time. How many of these are there?!

Just when I can't think of anything else you guys can add to this awesome list, you guys add more things that never crossed my mind until after reading the post. I should write down all of the things on the list and do them, or at least die trying.

These articles are awesome! Loving every single one of them!

Awesome article as allways. So much soul, so much passion. Just gotta love the "Things to do before you die series". And, yea, would be nice to have some of these pictures as wallpapers.

do u think that hertz would rent me a car for the week?

my favorite place on the planet is the causway leading to the flate first thing in the morning as you make your way out to see the record runs and the rest of the day chillin and watching and listening to cars on WOT, having been once I can't wait to go back

my favorite place on the planet is the causway leading to the flate first thing in the morning as you make your way out to see the record runs and the rest of the day chillin and watching and listening to cars on WOT, having been once I can't wait to go back

It's the end of June, it's freezing cold, you're short of breath and you're standing

It's the end of June, it's freezing cold, you're short of breath and you're standing

The month of May is drawing to a close, and that means that our "Things to Do Before You Die"