The Mk2 Escort; mere mention of the name conjures up images of rally cars being steered by the throttle, sideways through corners.

There’s good reason for the reputation – the Mk2 Escort (and its Mk1 predecessor) dominated in rallying during the model’s production era, and continues to do so in both historic and modern events. Along with this came enthusiasts, who have generally followed certain styling and performance cues with their Escorts. While this isn’t necessarily a bad thing, a bit of updating never hurts.

Enter Wayne Arrowsmith, the owner of this Mk2 Escort Mexico. I met Wayne and his car a couple of months back at Castle Combe Circuit during Rallyday 2022 (more on this soon).

As a side note, the ‘Mexico’ name comes from the Escort’s success on the 1970 London to Mexico World Cup Rally – an epic 16,000-mile-long (25,700km) trek through Europe and South America. The event started at Wembley Stadium, where England won its first football world championship at the 1966 FIFA World Cup, and ended in Mexico City a few days before the start of the 1970 FIFA World Cup. The rally’s winners? Hannu Mikkola and Gunnar Palm, in an Escort of course.

Wayne’s Escort Mexico is one of around 2,500 cars produced, and – to the unsuspecting eye at least – appears relatively stock. It’s only when you look closer that all the special details begin to reveal themselves.

The car itself has an interesting backstory. Wayne grew up in a rallying family, spending most weekends in rural Wales watching his dad compete in his own Mk2 Escort. This meant that from an early age, the seed was planted, and Wayne’s aspiration to own an Escort never wavered. The ownership dream finally came to fruition in 2006, when the Mk2 Mexico was bought not far from where it was originally sold in Bournemouth.

In Wayne’s possession, the car saw limited road miles before it came off the road for a thorough rebuild – one that ended up spanning 13 years. Wayne’s dedication is impressive, with rare new-old-stock parts and brand new components collected and fitted over this time.

The exterior remains largely stock looking; original Group 4 Revolution 4-spoke wheels (Group 4 variants had a squared-off rim edge, making them stronger for competition) and Toyo Proxes R888R semi-slick tyres maintain the contact patch to the road, with AP Racing Tarmac callipers front and rear, along with a secondary pair of Wilwood callipers for the handbrake out back.

The suspension comprises of Gartrac-machined uprights with Bilstein inserts up front, and a 4-link arrangement hung off turret-mounted Bilsteins with a Watt’s linkage replacing the original leaf spring setup at the rear.

The interior is fairly sparse in terms of amenities, but again the attention to detail is superb. Recaro Profi SPG seats with Sabelt harnesses and a historic rally specification Safety Devices 6-point roll cage are the most obvious changes. These along with a plumbed-in fire suppression system have made the car eligible for historic rallies, and Wayne’s Escort currently holds a RAC logbook for competition.

While the Mexico retains its stock steering wheel and dash arrangement, a Gartrac adjustable pedal box has been fitted. All essential switches sit on a small panel in the centre of the dash and feed into a new motorsport-grade wiring loom.

The sun strip from Zenith Motor Sport is a nod to Wayne’s dad’s car and the company that most of its parts were sourced from. Zenith Motor Sport are still in business today, and when Wayne visited recently to enquire about a sun strip, they dug around and found an old one in storage for him. It’s the one now proudly displayed on the car, and another neat touch.

Beneath the bonnet sits a thoroughly reworked and dry-sumped 2.1-litre Ford Pinto engine that features aftermarket pistons, rods and crankshaft, and a custom-specification camshaft. The high-performance four-pot breathes in through twin 48mm Dellorto carburettors and out through a Tony Law 2.5-inch exhaust system with custom flat oval pipework for extra under-car clearance.

The dry sump tank and alloy fuel tank reside in the boot, with AN fittings and braided lines throughout. All of this amounts to around 202hp and 167lb-ft of torque.

Wayne has managed to carefully walk the line between updating the car to modern standards where needed, while maintaining the Mexico’s original ethos. When your intention is to own a car for life, instantly the pressure to rush completion and risk making a mistake is lifted; some of us also enjoy the process as much as the end result. And when a car like this is the end result, it’s hard to argue with.

The Ford Escort on Speedhunters

My favourite car, period and yet I'm only 21. I've personally had and built 2 mk2 escorts and for sure plan on having more, stunning cars and this particular one is extraordinary, well done to the owner!

Thanks for the interesting Mexico article, Chaydon.

Having a pair of period-correct rally spotlights would be epic for this Mexico.
I am glad the owner retained the wheel arches.

No cutting up or fender flare please.

Hi.
Yes, totally agree. Got to have a pair of Cibies on the front.
Cheers 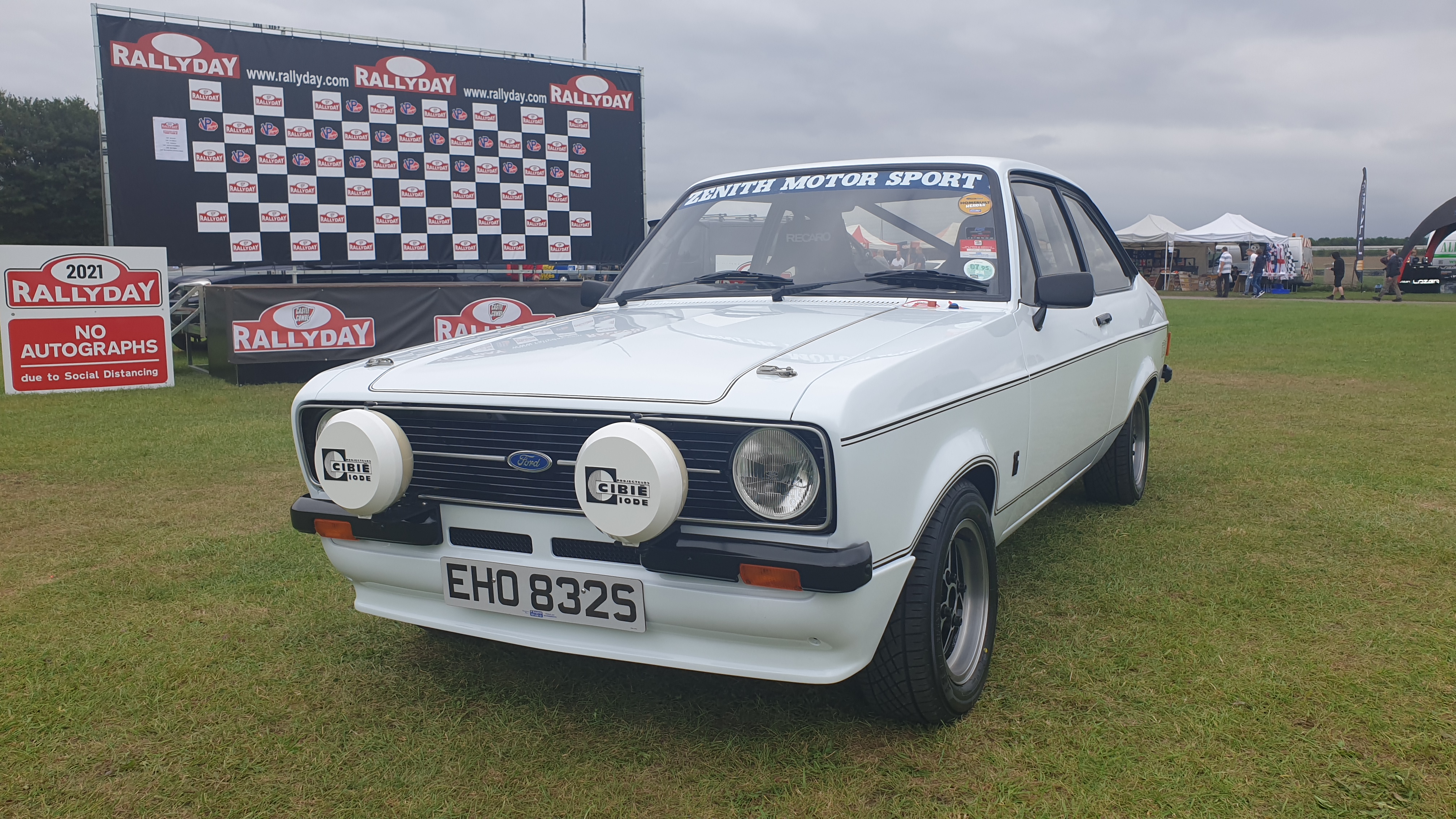 Oh, the fuel tank is lovely! I like how it's shaped to allow space for the spare wheel!

yes definitely deserves mentioning. It's a very reasonably built car, somewhat utilitarian and purposeful, even if it's not all that fast it's still performative.

We need to see more of the car scene in Mexico

I'm gonna be honest, I never got the interest in escorts or four spoke wheels, but for some reason, this passes the coolness check.
I really don't know what it is, but I like this one. The engine bay being comically clean for a rally car might be helping?

As a huge euro ford fan living in Canada, the envy is real... this is straight perfection.