The American Beauty Car Show (ABCS), held in my home country of Estonia has always been one of my favorite events. After being postponed for two years straight, this year’s event marked its 20th anniversary. There’s a good reason why it’s been around for so long.

In simple terms, the ABCS event is a takeover – not of the silly illegal type held at an intersection – but a total (legal) takeover of the small rural town Haapsalu.

When the show happens, everything in Haapsalu turns old school America – the cars, the music, the clothing, food and more.

Prior to the event starting, I managed to sneak into the main show area – held inside a historic medieval bishop’s castle no less – to photograph some of the cars competing for show prizes.

It was still a couple of hours before general admission, so many of the cars were being spot detailed after the previous night’s rain.

If you want to know more about the event, you can check out my 2019 report, where I dive into the details.

This year, I was a lot more relaxed. Instead of going nuts trying to capture everything, I casually walked around town, sipping on a cold beverage or two, and mainly only snapping the stuff I found interesting.

The real event is outside the castle walls, where American car fans cruise around the town, party, and have a good time.

The stress-free atmosphere allowed me to experiment with my photos as well. As you can see, I had fun with some of the edits, but when else, if not at such a laid-back event?

Time stops and everything is a tad bit slower at the American Beauty Car Show. Most vehicles on display still have carburetors, and vivid paint jobs and high fuel consumption are commonplace.

It’s also a good reminder that the motoring world is changing. I still call cars like the Cadillac Escalade and Dodge Nitro ‘new’, but they’re actually around 20 years old now, so that just tells me that I’m getting older.

I think it’s only a matter of time before events like this just serve to remind us of the vehicles we used to drive with internal combustion engines. Sure, it’s great to have green urban spaces and quiet electric vehicles all around, but my hope is that governments won’t take away the fun and memories from car enthusiasts, and that even current-day petrol cars will someday be welcomed in the same festive way as these vintage American muscle machines.

As the saying goes, it’s important to make contemporary art in order for there to be classic art museums. The same should apply to car culture, don’t you think?

More stories from Estonia on Speedhunters 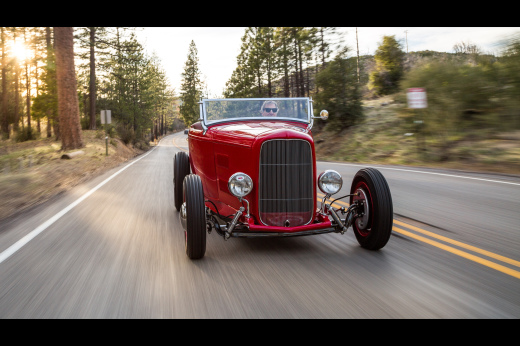 These photos are unreal!

The street parked Pontiac Aztek. Best car in the story

It's very interesting to see American cars in Europe lol
But glad to see that there's appreciation for this kind of culture
And the pics are just too good!

What joy, thank you! They love their Mopars for sure.

These pictures give so much aesthetic vibes! Omggggg

Wow, amazing pictures! Everyone is wallpaper-worthy and the collection of them really gives off the atmosphere at place.