A couple of days ago, Toby brought us his main coverage from the recent RAYS Fan Meeting held at Fuji Speedway. To follow that up, I thought I’d share with you some of the wheels that RAYS themselves had on display at the event, spanning the early 1980s right through to the latest offerings for 2022.

Seeing RAYS’ history presented like this was an amazing sight.

Despite the poor weather on the day (I think my shoes are still not done drying!), seeing a wall of vintage street and race wheels served as the perfect backdrop for what turned out to be a massive gathering.

Each and every historic model on display possessed a little bit of DNA that we still see in many of the wheels that RAYS make today.

And some of these classics are legendary.

The Past & A Little Racing

In the mid to late-1970s, the mesh design was popular among nearly all aftermarket manufacturers, bringing an aggressive and striking look to 2-piece wheels. The Volk Mesh debuted in 1975.

Then in 1981 came the original, simply called Volk Racing.

You can see the progression of RAYS’ mesh offerings, starting with the first model through to the Mesh FF, which was offered in sizes from 12-inch diameter for front-wheel drive applications.

What has always made RAYS wheels stand out – and this is especially true of their Volk Racing product line – is a fascination with lightweight but strong construction. It’s something that continues to be at the core of RAYS’ business to this day.

From the 2-piece mesh to the 1-piece cast and forged iterations that were so popular in the late-’80s and early-’90s.

Of course, mesh designs take their inspiration from the old wire wheels of previous decades, but in 1983, RAYS made the Volk Spoke, a true wire wheel that was able to run a tubeless tire.

It was offered in 14 and 15-inch diameters and was pretty heavy for obvious reasons. The 14×6-inch version weighed 7.5kg (16.5lb), but that was still lighter than most other wheels on the market at the time.

Then there was the Super Volk, one of the first wheels to utilize a monocoque construction, meaning it had hollow spokes. With this model, you had all the benefits of a rigid wheel but without the weight.

In 1986, the 3-piece Volk Racing Gr.C with its forged face construction was used on many race cars competing in the Group C racing class it was named after. The dimples on each of the five spokes became an instant hit, and it’s a design feature RAYS brought back for the current Volk Racing 21C model.

In the mid-1990s, the use of magnesium alloys really push the boundaries of lightness. This wheel was used on the JGTC NSX, Supra and Nismo GT-R.

This wheel-making technology gave RAYS the inspiration to make a forged magnesium version of the TE37, which I can still remember looking at in shops back in the day, wondering why it cost more than twice the regular forged aluminum version.

From fan discs to F1 wheels, RAYS has been involved in it all. And all the lessons learned in construction technologies, metallurgy and design have trickled down to their production car wheel lineups.

RAYS had some of their latest race wheels on display too.

It was great to be able to check out the design intricacies and learn how the envelope is being pushed in the pursuit of lightness and ultimately performance.

It was equally impressive to see a big portion of the current range on display.

A lot of people don’t actually realize just how many different types of wheels RAYS produce away from the top-of-the-line Volk Racing brand.

Gram Lights is their sports-oriented cast wheel brand, so you might have seen models like the 57S and 57XR (below) at drift and circuit events.

Or just on the street.

And how can I possibly not touch on the most popular and sought after of them all, the Volk Racing TE37, which continues to be refined and produced in a variety of flavors.

That includes the larger 20-inch versions to satisfy the R34 GT-R and big-body Lexus markets.

I still regard the Volk Racing CE28N as one of the best, and this is the latest (final?) iteration, the CE28 Club Racer II.

And there are those dimples from the 1986 Gr.C race wheel on the 21C. They also featured on the Volk Racing GTC model about 20 years ago.

Shown at TAS back in January, the brand new Volk Racing 21A has the same deep-dish look as the 21C, but with a tip of the hat to that first RAYS mesh wheel. Except this has 1-piece forged construction.

Here’s the GT090, another wheel offered in 20 and 21-inch sizes.With its drilled-out spokes, it’s aimed at high-power production cars like the GT-R and M3/M4s.

Over the years RAYS has had issues with their designs being copied, so they are always trying to figure out how to make it harder for other companies to replicate their wheels.

This sort of intricate machining on the spokes of the 10th Anniversary TE37V is a great example of how they go about it.

Their finishes, like Bronze (Almite), have also become very smooth and hard to copy.

The selection is extensive to say the least. Wheels like the Homura 2X7 Plus are popular with the vanning crowd.

Let’s finish up with what is probably a Japan-only thing – Toyota Hiace and Nissan Caravan van tuning. It’s massive here, which of course means there’s an exclusive lineup of wheels on offer.

So which are your favorite RAYS wheels of all time? I’ll accept two answers – one for racing and the other for street. Let me know in the comments below…

Maybe one day I'll be able to afford my own...

Rays made so many beautiful wheels, it's really hard to pick a favourite, especially when different cars work with different wheel designs. One thing's for sure: my favourite race wheel will always be the centre-lock TE37, thanks to my favourite GT500 Takata NSX...

I've always wondered if RAYS was an acronym, can you shed any light Dino?

Need the re30 and se37k to get reissued haha

I always loved the SE37k, would love to see a 3pc version. I had a set of Volk NRS on my Civic back in the day, precursor to the CE28 more or less.

Im actually really excited for the 21A... Hopefully there will be more sizes, offsets and colours.

Don't get me wrong here. I am not supporting knock-offs.

However, with accessible tech like precision laser scanning and employment of CNC, it's pretty easier to copy and make imitation of the real deal. The toughest act to follow would be the metallurgy, real reliability, and actual performance of these wheels.

Thanks for the nice photos, Dino. I hope I can dream about RAYS wheels tonight.

I really like for them to reintroduce the se37k which is iconic also for me.

Yeah big fan too, would love to see it back with some minor modern refinements

I would say anyone, because (at my 32) they can only be on the phone screen :/
I wonder, why am i still reading and replying here?

always have to laugh at people that spend ungodly amounts on modifying their car and then put some cheap ass japanracing TE37 copies on it..

Guess what Japan Racing is a Polish company that was honest enough to pay for TUV certification. Rays wheels are illegal. Japan Racing wheels are not. So think again before belittling them.

My favorites in no particular order: 57 extreme, TE37 Sonic, SE37K/SE37A, Kuwagata. For some reason the ZE40 and CE28 never appealed much to me.

The LM-GT2 is a strong contender for favourite wheel of all time. Definitely up there in the list of favourite RAYS wheels. Then again, I may be biased..
I lucked out big time four or five years ago on price and fitment. A square set of 17x9s in perfect stock-arch offset in mint condition is nearly as much as I paid for the whole car.... if you can find them! 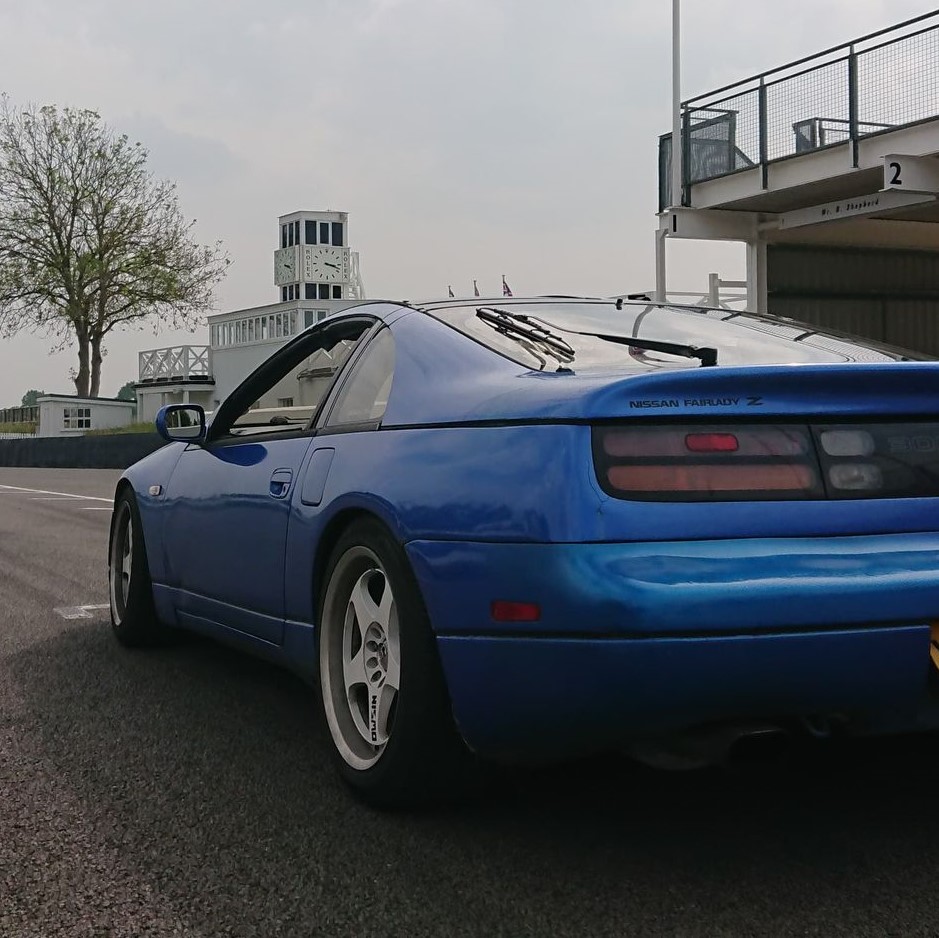 you know you've won the game when you're the source from which knockoff companies take inspiration. When you need to try to make your WHEELS a certified authentic product with a paper trail, you basically have achieved legendary status

Rays wants more money for their wheels than entire cars are worth, e.g. BMW E36, E46. At their scale of production it's not possible to lower the price? Really? Yet TITAN7 and APEX are fairly priced. But the worst aspect of all is that they don't even provide TUV certification making the super expensive wheels illegal to use in Europe. What a slap in the face! If you don't believe me check LXGspec on youtube building an R34 in Europe and can't run his TE37's that cost him a fortune.