How is this for visual impact?! An ultra-rare and extremely valuable S30 Nissan Fairlady 432Z displayed next to a conceptual vision of what could be the Nismo-tuned version of the new-gen Z, a car that isn’t even out yet in base form.

Nostalgic 2days impressed on so many levels this year, and hopefully this main event story to wrap up my coverage will convey that to you.

The variety on offer at this annual event hosted by Nostalgic Hero magazine and held at the Pacifico Yokohama events center only seems to grow with every show. It was once a vintage car-only affair, but with more modern metal added to the mix it’s evolved into an event I now enjoy more than Tokyo Auto Salon.

And displays like this are one of the reasons why. In case you wondered where the inspiration for Nissan’s ‘Customized Proto’ version of the soon-to-be-released new Z came from, the 432 explains it all.

I really can’t wait for the Z to hit Nissan dealerships this year, and to see what Japan’s aftermarket tuning industry has in store for it. Of course, tuners have been playing with the VR30 in the 400R Skyline for a few years now, so seeing a 500hp-600hp Z by the end of 2022 is not out of the question.

I’m also keen to see how the car will look on a set of decent wheels – RAYS Volk Racing TE37s or something with a deeper dish – and with a few carbon fiber parts here and there for a visual boost.

It was nice to see Daddy Motor Works’ GR Yaris-powered AE86 in an almost completed form. The car is due to hit the track soon for testing, and Oto-san is so happy that Nobuteru ‘Nob’ Taniguchi has asked for a drive. Hopefully I can be there for that.

With nostalgic motoring still the main crux of this event, let’s take a look at some of the cars you’d expect to see, like a Sunny truck with the ‘Hakotora’ conversion.

The ‘Hako’ part of the name (‘tora’ being truck) comes from the car that donated its front end styling to the cause, the famed Hakosuka.

As always, those were well represented at the show too.

My first spotlight from Nostalgic 2days 2022 focused on Auto Roman’s Porsche 924 Carrera GTR, but I also had to a grab a few shots of a car that Moro-san has recently purchased directly from Nissan – the old FIA GT Sumo Power R35 GT1 GT-R.

We’ve seen this car out on track at the Nismo Festival a few times now, and its high-revving, naturally-aspirated engine note never gets old, even if it’s one you don’t expect to hear coming from a GT-R.

Speaking of glorious sounds, I’m sure this S30 Fairlady Z featured in Number 7’s display makes plenty of them.

Sudo-san popped the hood on the Dubai-restored 240Z, which was sent to Japan for the engine side of things. And boy have Number 7 done a great job of the build, equipping the now 3.1L L28 with an OS Giken TC24 twin-cam cylinder head. The Nostalgic 2days judges loved it too, the S30 sharing the ‘Best Z’ award with the Supermachine 240Z I showed you last week.

I need to hear this thing in action.

What’s better than one yellow Z? All the yellow Zs!

With help from Nissan and a few private owners, Nostalgic 2day’s organizers pulled together an amazing yellow Z lineup, from the soon-to-be-released Z34 all the way back to the S30. It’s just a shame the Z31 was never offered in this color.

Miura-san had his almost complete S130Z on show. How good does this thing look?!

Of course, the show wasn’t only about Japanese cars…

While there was no shortage of classic Italian metal in the events center, it was the newer and boxier stuff that I was drawn to. This Alfa Romeo 155 pays respect to Larini’s ITC/DTM 155 of the early 1990s.

Best sounding V6 ever made? It sorts of makes you wonder why no other manufacturer – except maybe Maserati (and now Ferrari?) – has been able to make this engine configuration sound decent.

A whole lot of memories came rushing back when I saw this bonkers wide-bodied and tube-framed Ciociaro Corse Fiat 500 on display. Some of you may remember that I featured this car back in 2015.

It was really cool to see that the Aprilia-powered Frankenstein creation is still relevant in 2022.

From tube-frame race cars to the most beautiful of Gandini’s designs, the Lamborghini Miura.

And his second, the Countach, seen here wearing some Wolf add ons. What a contrast though; from soft and rounded flowing lines to such an angular and aggressive design. I guess Lamborghini has stuck with the latter for the cars they produce today.

Parked alongside was RWB ‘Rough Rhythm’, a real event regular.

At Nostalgic 2days you can always count on some bosozoku style, and this Corolla on the Banzai Sports display looked sensational. You have to love the side-exit takeyari pipe topped off with a Yoshimura bike silencer.

After years of Legacy 3.0R ownership, I can never pass by a flat-six Subaru without a closer look. This Alcyone brings it all to the table – an undeniably-’80s angular design with pop-up headlights, active torque split full-time 4WD, turbine alloy wheels, plush velour seating, and of course that silky-smooth six with horizontally-opposed pistons. Take my kidney, please!

Utilitas’s R30 Skyline builds never get old. Does anyone remember my spotlight on one of their complete cars from seven years ago?

At that time, I thought the ¥4.9million price tag (approximately US$42K in today’s money) was silly-expensive for a 190,000km car, albeit one that had been meticulously restored. Now I’m the one that feels silly; today these restos are probably worth two or three times that, and Utilitas has stopped advertising their prices altogether.

There’s no way I couldn’t include this Hakosuka in my coverage as it’s one of the best modified examples I’ve seen in recent times.

Sakamoto Sangyo created the perfect mix of old and new, sticking with an L-series engine on carbs, but going nuts on details like lightening, presentation and overall execution.

There is so much high quality dry carbon on this car, including the massive overfenders which allow a good 75% of each tire to sit outside of the original bodywork.

Sakamoto Sangyo also brought along a few of their others cars first shown at the Tokyo Auto Salon back in January, including a pair of cool Sunny trucks.

Here’s another TC24-equipped L-series, this time in a PGC10 Skyline. I wonder how many of these engines OS Giken have built now…

Chatting to Sakamoto-san of Garage Active, he told me that his 2021 SEMA Show GT-R is currently on its way back to Japan from the US, and once he has it in his Fukuoka shop he’ll be stripping the body off and redoing the entire thing in dry carbon fiber, as opposed to the wet carbon his R32 creations have featured thus far. I really hope he keeps the finish as raw as possible just to emphasize the difference.

Do you remember the abandoned AW11 MR2 I shared with you all in 2017? Yes, it’s still there – I saw it on the morning I travelled to Yokohama for this show, so it’s only natural that my subconscious would lead me to this restored example that T.M. Works had on display.

If I had the chance, funds and space required in order to save the white car, I’d want it to end up something like this. The bright blue stock body over silver Enkei RPF1 wheels looks so good, don’t you think?

T.M. Works’ were showing off their new coil-on-plug system, which not only gives the 4A-G engine a welcome boost in pick up and smoothness, but also a 10hp bump in power.

Here’s another great example of what a nice set of wheels can do for a car – in this case Nob Taniguchi’s Toyota Sport 800 sitting on classic RS Watanabes. I still have no idea how he can fit in there!

The Garage Crest display was popular with show-goers thanks to this 246 Dino in bright orange – a special-order color that Ferrari did for whoever the car’s original owner was. The craziest thing was the blue/purple interior, which sort of reminds me of the gaudy color combos we see some YouTubers going for in their Lamborghinis.

While we all had fun looking at the Rudder International wide-body DeLorean DMC-12, their other car on display was vastly different.

This is the 660 Speedster, a homage to the Porsche 356 built on a first-gen Daihatsu Copen base, which means it comes with its own electrically-operated soft top. The car sells for ¥4 million (approximately US$34,500) and is extremely well executed.

Custom creations like this always do well in Japan, but this one might actually get some interest from abroad.

That brings us to the end of my 2022 Nostalgic 2days coverage. I hope you’ve enjoyed the mix of cars with a pretty solid emphasis on modded kyushas. The 2023 show can’t come soon enough!

GT-R: The Origins Of An Icon

kool, but surprised to see absence of the first-gen RX-7 !

There were a couple of Cosmos, does that count?

Cosmos are always cool, that counts. Also, there have been a few other good sounding V6 engines around! Not least the 2GR in the Exige and even Nissan's own VQ37 with careful exhaust choice. Honda NSX, too...

More on Taniguchi's S800, please!
From this one picture alone it looks amazingly beautiful.

Yeah it does deserve its own feature uh

Great work Dino, as always ! Love the twin orange Z shots particularly. The AW11's recipe is one that does not manage to get old and I followed it with my own sh*tbox when I built it almost 10 years ago. Still manages to look fresh today. Makes most cars look ready for action. 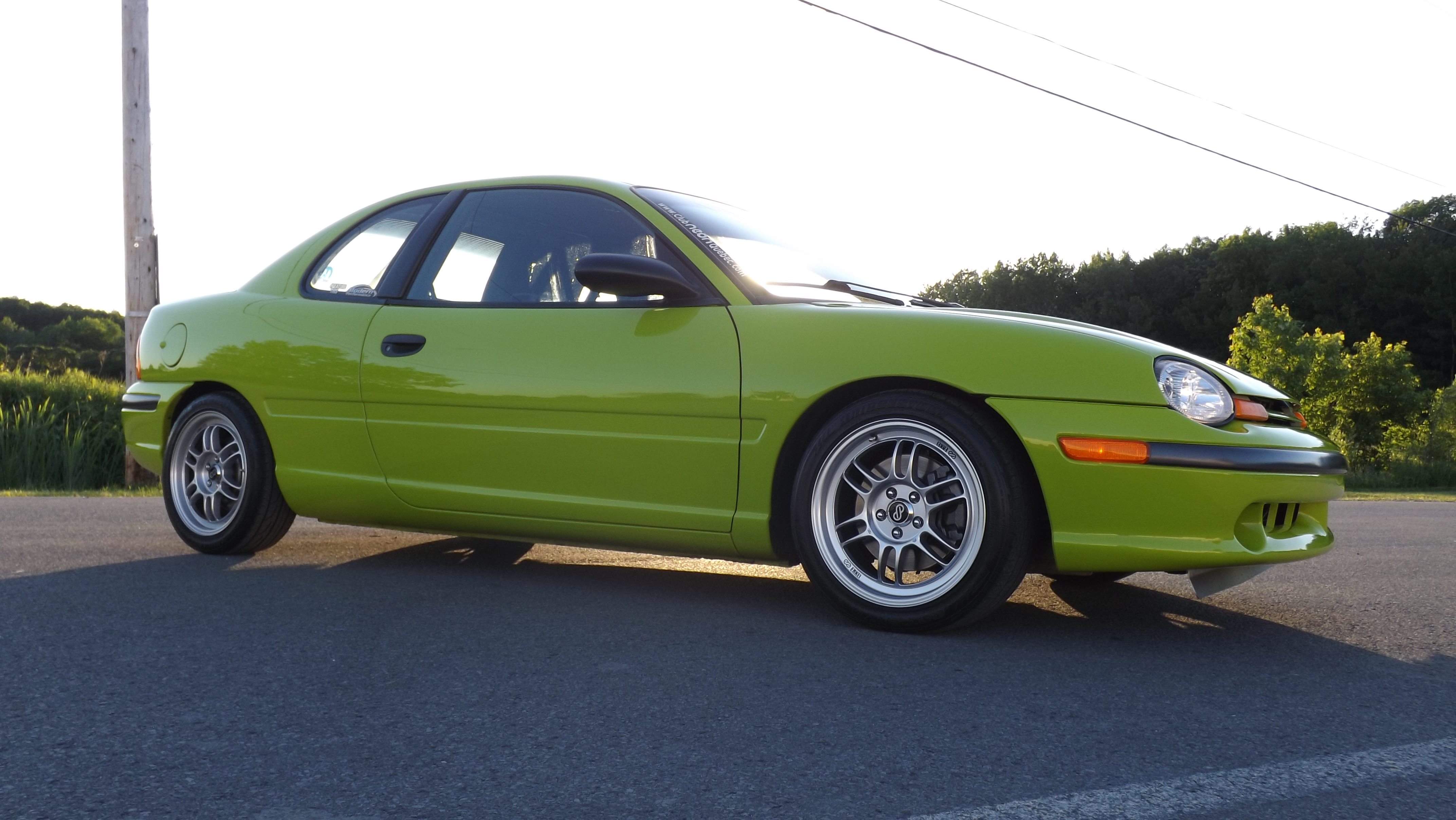 NYG Coupe! Looks like an ACR too. Awesome little car, so good to see one well taken care of.

The headers on that green Number 7 S30 look like a musical instrument. I bet that thing sounds amazing!

I'm going to find out!

So much to comment on, but that Copen got me. They've done an outstanding job from those pictures. I would've like to have seen what it looks like with the roof all the way up as I can't imagine it's so good. Also that Matt Black Z at the end is wicked.

Yeah they need to find an exporter and start selling these abroad!

Oof... so happy to see all the carbs. Automotive equivalent to a mechanical watch. Those headers are ridiculously awesome.

Well I hate to burst the bubble but......Nissan used the Z34 chassis on the new Z due to new regulations in Japan

...and ppl worried about the future of cars.

Chefs most passionate kiss for all this coverage... Too much to ask for specials on all of them?

How much worse has the MR2 gotten since you last saw it. It's so depressing that it is still there