For as long as I can remember, the BMW E30 has been steadily increasing in popularity within the enthusiast community. But at a vintage of at least 30 years, there’s very little one can do to the car that hasn’t been done already.

The platform being incredibly commonplace isn’t at all a bad thing. The E30’s increased relevance today is a throwback to when rear-wheel drive cars were king and kidney grills were reasonable in size.

Like the E30, nostalgia is perhaps more popular than it ever was. Presenting something old with a modern twist has proven to be an incredibly successful formula, and recent and forthcoming blockbuster films prove this.

Ghostbusters: Afterlife, Spiderman: No Way Home, and the upcoming Jurassic World Dominion all pull from – and respect – the past while creating something new and exciting.

New with a tweak isn’t a guaranteed hit (see Independence Day: Resurgence), but when it’s done out of genuine fandom it usually succeeds.

For anyone that’s paid even passive attention to DTM racing, the livery on this car should be very familiar. The green, white, black, red and gold vinyl replicates that of the livery Allen Berg sported on the Tic Tac/Tauber Motorsport E30 M3 in 1991.

This livery is a favourite among many E30 fans and Mush Karkhi is a hair more obsessive than most. He’s been this way since 2014 after a friend recommended he pick up an E30 as a car to modify.

The first E30 Mush purchased was in Wyoming and the owner drove it to Salt Lake City for the sale. That car completed the drive flawlessly and dutifully performed everything Mush requested from it from that point forward.

One E30 became two – not uncommon – but then two grew into nearly 20 different cars over the years. Mush has had nearly every iteration of the model – coupé, sedan and wagon. Truth be told, this isn’t even his first with a Live To Offend (LTO) wide-body kit, but it is perhaps his most significant.

While the base inspiration is clear, Mush has made a few subtle changes to the colour scheme to better suit his car. These changes allow it to flow better with the LTO kit that is considerably larger than the OEM E30 bodywork.

Yes, by that I mean its stance. Excuse me for a moment while I step to the side to dodge a tomato thrown from the cheap seats.

Ahem, continuing on… the Air Lift Performance struts and management are far from the only suspension modifications done to the car. The original 325is four-lug hubs have been swapped for 5-lug equivalents by the way of E36 hubs in the front and Z4 items in the rear.

Individual Racing Parts provided laser-cut front control arms, camber plates, a strut bar and both roll center and bump steer correction plates. All together the upgrades culminate in a suspension setup that is more than enough for the street.

A proper DTM tribute requires the right wheels and Mush’s car currently wears a custom DTM-inspired mesh setup. The front wheels are 17×9-inch and the rears are just about as wide as they are tall at 17×12.75-inch. Toyo tires, 245-section in the front and 315 at the rear wrap them up nicely.

Prior to its makeover, this car is noted as being exceptionally clean. With so many E30s in his wake, Mush knew the only way to get the fit and finish he wanted at the end was to start with the cleanest example he could find.

Gerber Collision & Glass handled the body kit fitting and Alpine White II respray. The livery design and application were done by Mush himself.

Not Just A Mint-Liveried E30

The factory M20 had been removed from the car before Mush took ownership, and that void was filled with a turbo M52. Well, it used to be. A slight miscalculation resulted in that motor seeing far more boost than it could handle. At 26psi the rods cried uncle and exited stage left.

Replacing the M52 with a fresh Alex Fuller S52B32 was perhaps the catalyst for this entire rebuild. The modifications to this motor are as numerous as Tic Tacs in a case – JE forged pistons, Eagle forged rods, King bearings, new chain guides, and an upgraded oiling system make up the backbone. The kick in the pants comes from a Precision GTX3584RS turbo and, as Mush puts it, “the largest intercooler that would fit.”

A non-Vanos M50 head has been bolted to the S52 via ARP head studs, and the motor’s compression is now 9:1. To keep up with the demand of the near 30psi seek and destroy tune, the fueling system has been completely upgraded. There’s a 320lph in-tank fuel pump, plus an additional AEM 450lph pump that sits within a surge tank. Thanks to seven different maps that have been loaded into the Link G4 + ECU, the engine can run on a variety of different fueling options.

Both carbon-Kevlar and fibreglass covers are used to give the engine bay a refined look. The covers also discreetly tuck away the harnesses that have been modified to integrate with the Link system and the additional sensors Mush has added. This time around he wants a clear view of what the motor is doing at all times.

The E36 parts bin was dipped into again for a ZF320 5-speed manual transmission. For the sake of preparation, the gearbox was completely refreshed before installation, and a 6-puck clutch, lightened flywheel and 2.93 LSD help put the power to the ground.

Said and done, the engine is capable of putting down more than 800 horsepower with the right fuel and conditions. Usually though, it runs safely in the 700whp range – plenty for a vehicle that is fully trimmed for the street.

As of the last SEMA Show, the car received a few race-inspired additions including the OMP seats retrimmed in BMW M Rain fabric, a Renown steering wheel and custom roll cage.

About a year ago, Mush was humbled by a hat tip for his efforts from Allen Berg Racing Schools who shared the car rather prominently on their homepage.

Mush’s obsession with BMW cars hasn’t stopped with the completion of this build. In addition to another E30 that’s forthcoming he has two additional cars and an E46 M3.

With this car being so extreme, one has to wonder exactly what Mush has up his sleeve next. I’ve always been somewhat partial to Franck Schmickler’s MM-Diebels livery myself…

It says non vanos but that has vanos

M50 came with and w/o VANOS, but you are right that it has a VANOS chain cover. Maybe VANOS cover is needed to seal up to the S52 block properly?

Not needed for sealing - the M50/M52 and S50/52 blocks are the same. Head castings are also the same.
I'd guess the NV head was used for its thicker valve stems and better springs, and the vanos can be easily added to an NV head with the cams and timing parts.

Sexy AF.
Next? a wagon E30 with an S65 (twin turbo is a +++++).
On a side note: reading the title before opening the link, i was almost sure it's another JZ swapped 800hp and prepared a cup of coffee to enjoy the comments war. But then you got me with the S engine.

Fun car, straightforward goals - would do without the mega turbo but that's not what's exciting about this clean and clear build so w/e. So sad the e46 is the among the newest real BMW's nice builds can go before the great Porkening, Plasticcening, and SUV-ing saw the whole heritage shat on and competitive spirit murdered about 2010 or so. And to make matters worse, the turbo revolution of BMW's beautiful N/A signers backfired and turned all this new trash into ricer pedestals that try harder to mimic a shooting range meanwhile making up with easy horsepowers for the garbage-stale driving these contraptions try to convince the youth is. Don't even mention their boneheaded miscalculation about hydrogen... Fanbois relax, they'll close doors in the next few decades and then you clones can forget how royally stupid you looked buying this insulting trash with 100% more pig nose and "dynamic style" nonsense than ever.

Long live these e30's for real.

Man this is awesome. Words can't describe it. While I am commenting here, how about you guys feature more article about bike. I have asked the same question to Dino Dale and Rick Muda in the past but still no bike article since then. Motogp race is coming up in about two weeks, March 4 in Qatar. Check this out. 2015 Mercedes F1 vs 2015 Ducati Motogp acceleration times 0 -300 km/h. Ducati Motogp 9.2 seconds, F1 Mercedes 10.2 seconds. https://www.youtube.com/watch?v=SG7k8Ot0nNk Hope this captures your attention. 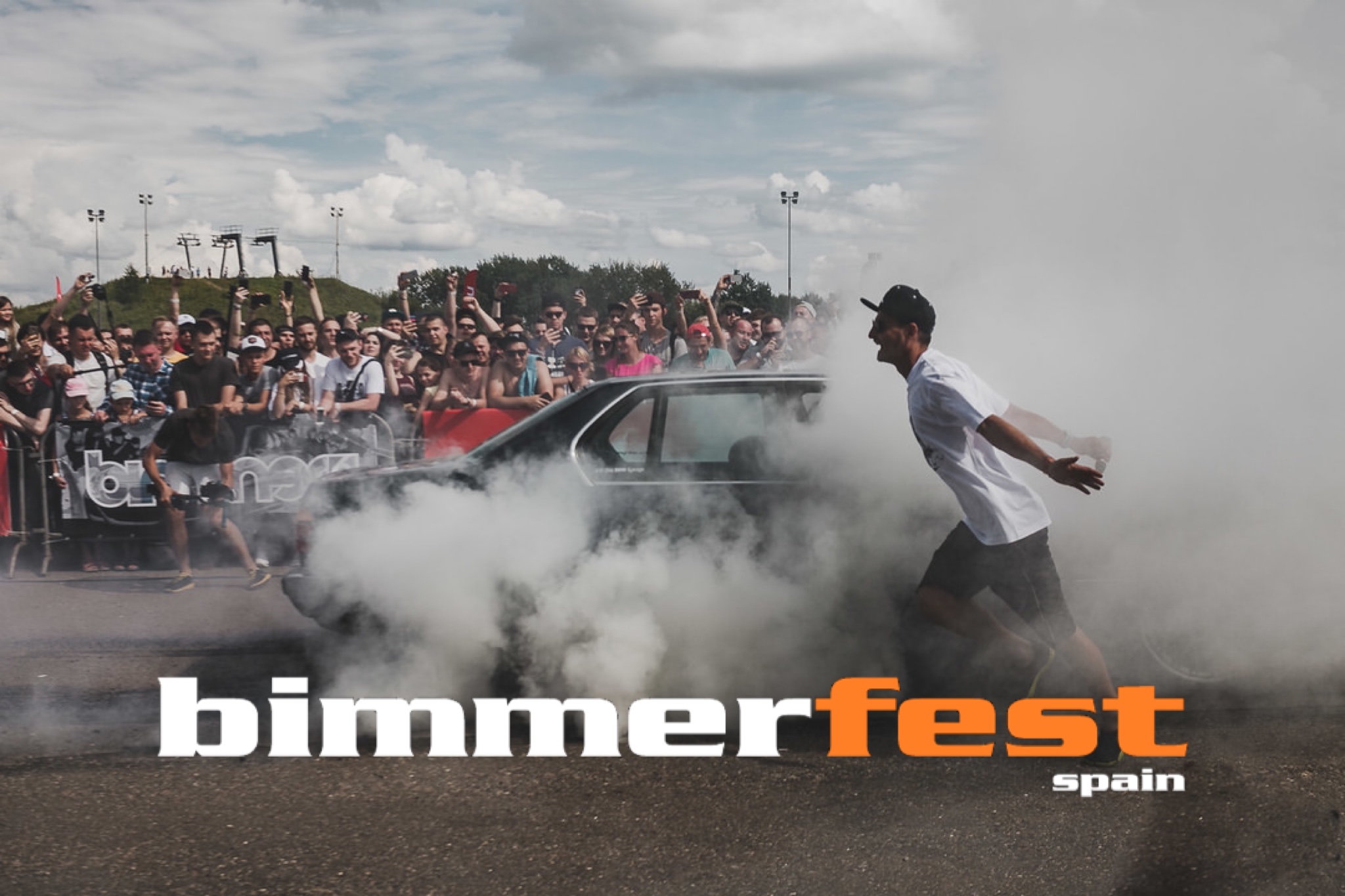 looks more like a e30 intepretation of the e21 320i groub five drm car than an anctual dtm car. Those were normal e30 m3 (evo's) less wild. Furthermore the e30 dtm cars were s14 na cars and not those crazy m10 turbo cars of the drm era (with about 500bhp in the seventies