In 1982, before I was born, M&M Honda began tuning the City R. Forty years on they’re still tuning Hondas.

During my whirlwind visit to Fukuoka, Kyushu – Japan’s third largest island – last month, I made a point to stop by M&M and check out their humble facility. Much like Honda performance cars from the ’80s, ’90s and ’00s, this small but passionate outfit punches well above its weight.

Four decades is a long time to be in business whichever way you look at it, and to my delight the company’s two founders – Tadashi Majima and Toshiyuki Majima – were onsite to meet me. As you may have figured out, the pair are indeed brothers; the ‘M&M’ in M&M Honda is a simple abbreviation for ‘Majima & Majima’.

As mentioned, M&M got their start with the City – first with the R model and then the Turbo I and Turbo II variants. But their reputation as a Honda tuner really came to be with the third-generation Civic and its CR-X derivative which both launched in 1983 for the ’84 model year. Honda equipped these cars with ZC 1.6L twin-cam engines in the high performance versions, and M&M found plenty of success in tuning them.

This then carried through the ’80s and to the launch of the EF Civic series. In 1989, the brothers began competing in the Western Japan Honda Civic One Make Race series, and for the next decade they raced, refined and repeated with EG and finally EK Civics. The knowledge gained from motorsport ultimately paved the way for M&M’s large catalog of Honda-specific performance parts for both the track and the street – something that continues to grow as new Honda models are released.

I was keen to have a look around the place, and there’s no better place to start at M&M than the front yard, where parking space is definitely at a premium these days.

When you’ve been in business for as long as the Majima brothers have, I guess the R&D test mules and demo cars just keep accumulating. It’s something not uncommon of any well-established Japanese tuning shop.

There’s a wide variety of Hondas in the front lot, from Civics and Integras to Preludes, Accords – the ironically-badged Euro R, which was only sold in Japan – and S2000s. The black EF7 CR-X Si and the little yellow Beat tucked away in a far corner of the yard were personal standouts for me.

If there wasn’t enough to look at outside, inside M&M I found every last square inch of space utilised – whether it be for collectibles and books or new and used parts.

M&M does it all, from engine and transmission builds to suspension, brakes and wheels, but they’re perhaps best known these days for their ‘Hyper Wide Body Style’ body kits, which I found fitted to most cars around place, including this EK9 Civic Type R.

How cool does their S660 kit look?! Although this one is a street car, it’s nicely set up for circuit work too, with RAYS Volk Racing TE37Vs wrapped in Bridgestone Potenza RE-71RS semi-slicks and a big brake kit among other upgrades.

The eagle-eyed amongst you might have spotted two FD2 Civic Type Rs in the main S660 image, and one of those was an ultra-rare Mugen RR version – sans wing. Of course, it was modified too.

This red M&M-wide-bodied EK Civic is a customer’s car, and while the boys obliged for a few posed photos, I asked which series engine they prefer. The collective answer was a resounding “B-series.” Why? “Because it revs higher and more freely.”

It’s always a pleasure visiting tuning shops like this, which despite being outside of Japan’s main cities continue to thrive with support from their customers. In the Majima brothers’ case, they’re still going strong four decades after they first opened their doors, so that says a lot.

I wish I could have spent more time at M&M Honda and perhaps even taken a few cars out for a shoot, but that will just have to wait until next time I’m back in Fukuoka.

can someone buy my GRMN iQ

Really dude? Is it really necessary to clutter the comment section on speedhunters with this?

Yes, because everyone on this site lives in wherever bungalo you're from.

Man, i just hate widebodies. But that's just me.

I was not too fond of widebodies for years. It looked awful to me till I started a peculiar project with a complicated body to squeeze any reasonable wheels in it. Now I like it. It is good when it is practical.

Nah, none of the classics remain there. There is a huuuuge storage box of all their old photos though. So much incredible heritage in there. 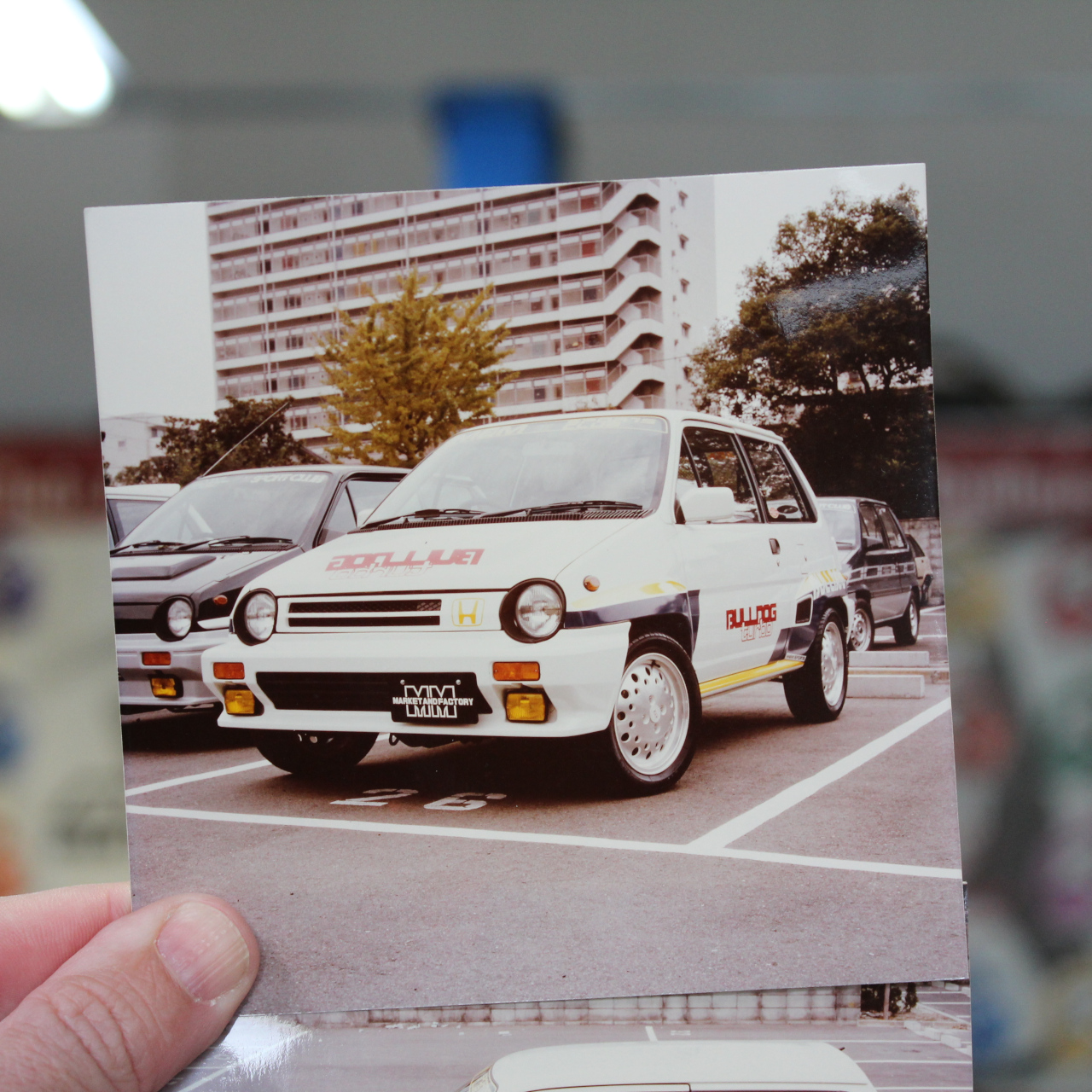 Seems like a really cool place. Waiting for some spotlights on the cars they made

Man those are some really really nice builds
Definitely one of the best shops for Honda!

I still think their wide body Euro R kit is the best looking for CL7. Without those exposed rivets, it looks like it could have rolled out from Honda's own factory.

Dear Toby, thank you so much for these recent "shop features". For me, along with Dino's Tsukuba time attack day shoots, this is the essence of Speedhunters and this is what brought me to this website ~10 years ago. SH is global car culture, but we all know this is where it started. I hope you will continue bringing us these little hidden gems (a photo or two of the shop as a whole without a focus on a particular car would be nice too!).