SHARE A Day In The Life Of A Kaido Racer

Mori-san leaned across the red velour seat covers and whispered “don’t worry, this happens all the time.” He greeted the motorcycle police officer cheerfully, got out and left me to sit waiting in the car.

If you had told me a week prior to this predicament that I would be sat in a 1983 Toyota Crown kaido racer while a motorcycle cop checked over the safety points and interrogated the car’s owner, I would have said ‘that sounds about right’. Because this is exactly why I moved to Japan. The rich tapestry of automotive culture is just as delicious as the sushi.

To give you some context about meeting Mori-san and riding shotgun in his car, let’s rewind a few weeks…

If you’ve been following my recent stories, you might remember my mention of a failed attempt to meet up with a kaido racer club in Fukuoka. With their strong ties to the local yakuza, our plans quickly crumbled as a result of various misunderstandings, concerns about Covid and uncooperative middlemen.

Not wanting to lose my chance of shooting this unique facet of Japanese car culture, I immediately put out a call to all my local contacts, asking if anyone knew someone with a similar car. Thankfully, my good friend Ishikawa-san from Ishikawa Body came to the rescue with an introduction to Takamitsu Mori.

When I arrived at his workshop in Shizuoka, Mori-san wasted no time showing me around. He’s currently in the process of chopping the roof off this hydraulics-equipped Cadillac.

Mori-san beckoned me over to a small portable office filled with lowrider and shakotan bits and bobs.“Come and see my collection.”

This is a man after my own heart; I could dig around this stuff for hours. But that’s not why I was here.

Mori-san’s Toyota Crown is like nothing else I’ve experienced before. Firstly, it looks like a Transformer has made sweet love to a stretched limousine. Secondly, it sounds like a nest of angry wasps has found their way into a French horn.

But really, the best bit is just cruising along in this weird ’80s-disco-party-land-yacht without a care in the world. That is, until someone comes along and spoils all the fun.

I get the feeling there’s a kind of cat and mouse symbiosis going on between the police and the owners of cars like Mori-san’s. Every time he’s out for a drive, the police pull him over, ask to see the car’s shaken (registration) papers, and question him about the seat belts, the custom chop-top, the huge body kit, and of course the organ pipes protruding from the rear.

The police get to feel important and seem as though they’re doing their job, and the kaido racer owners get to continue doing what they do, which is essentially bringing a bit of joy and colour to Japan’s otherwise reserved roads.

To be fair, this particular boy in blue was actually pretty chilled about the whole thing, which astonished me. I’ll be the first to admit, Mori-san has built an utter death-trap, but the officer was joking and laughing uneasily the whole time.

I think Mori-san, being a small business owner and generally decent law-abiding citizen, as well as having a charismatic persona, managed to put the police officer’s concerns at ease. We set off, seat belts loosely placed over our shoulders.

I Cry For You

For a fully immersive reading experience, now would be the perfect time for you to hit play on Shy Rose’s I Cry For You. This was the song that Mori-san had blasting from the period-correct Clarion/Pioneer sound system.

Words cannot describe the childlike joy I experienced cruising in Mori-san’s S120 Crown. Safety the least of our concern, we headed over to a friend’s garage to check out his car collection.

Rocking full denim, Mori-san’s friend Nao-san came with us in his GX71 Toyota Mark II to help with the camera tracking shots. Because no kaido racer shoot is complete without at least one person in period-correct double denim.

These cars look pretty wild on their own, but even more so when they travel in packs. As we stood around contemplating whether the huge katakana ‘Phoenix’ sign behind the cars was cool or cringe, the guys told me there’s a big cruise event coming up in February. Unfortunate timing for this month’s Japan theme, but for me, every month is ‘Japan Month’.

To give Mori-san’s Crown that space limousine look, the rear has been extended by about 30cm and custom tail light surrounds have been integrated.

If you’re thinking ‘that all looks hand-made’ you’d be right. If you’re also thinking ‘yeah, but it all looks a bit rough and none of the edges line up’, right again.

That’s kind of the whole point of kaido racers. It’s the joy of building something yourself, and not taking yourself too seriously. There is zero ego here and that makes it all 100% better, in my humble opinion.

The stretched Testarossa-style overfenders were styled by Mori-san and moulded in FRP, as were the double rear wings and bonnet fins. There’s also a custom centre emblem on the tiny circus-car-like steering wheel with the kanji ‘Hamamatsu’, which is the name of Mori-san’s club, Hamamatsu Racing.

Keeping traditions alive and following social protocol are paramount in Japan, which is possibly why, on a personal level, the police turn a blind eye and why these cars continue to be built and loved by generations. I can’t see that changing any time soon, which honestly is a comfort.

Arriving back at Mori Garage there was one more vehicle that Mori-san wanted to show me. I was pretty excited.

The Daihatsu Midget DKA was one of Japan’s very first mass-produced vehicles, and the only place you’ll see one today is in a museum. Mori-san has lowered this one onto a custom frame and swapped in a Suzuki scooter engine. How cool is that?!

Thanks for shedding light on how wild custom cars have plates on them despite the notoriously strict shaken test. Seems to be that, if its wild enough, authorities will respect it and look the other way.

For the shaken they switch wheels, suspension and any other illegal bits, but it still passed with that body kit and chopped top! I still don't really know how they get away with it!

Even bending the license plate can get you pulled over in some other countries as the plate is considered government property.

To remove all those "illegal bits" from this car, owner might as well take another stock white Crown to the test, pass it, then use those paperwork for this car. Maybe I've said too much and onto something...

Anyways, will try not to look too deep into legalities and just enjoy the culture =P

Just being honest here, I think this is one of the worst features on speedhunters. There's nothing on it for any semblance of real world performance, comfort, or even decent engineering, and that would all be good and dandy if at least it looked good. In my opinion, it does not. I find it rather repulsive. I'll give it a week before my comment is deleted because it isn't glowing praise.

Calm down Mr Tit, you're not that important. If you're looking for a car blog dedicated solely to your own interests, why don't you start one?

You comment only negativity on every post I see you in. There doesn't seem to be anything you like regardless of your complaints. If you just want to spread negativity then go back to 4chan or something.

Wow how does a "Mr.JDM" not get what this is? Def FAR from even a "bad" speedhunters. I hope your garbage post is never deleted, as monumental to likely among the worst comments on here.

Kaido style is a parody of the 90's, which in Japan, is essential to their entire way as any one "street style" is to Harajuku any given moment. To think that this is some cheapo jerk's "daily" that welded some garbage to an old car is just... Wow. No clue. I bet you have a RWB banner on your BMW/audi/honda riding low on vossens.

Thanks for voicing your opinion MrJDM.
What kind of JDM would you like to see more of?
I’ll make sure your comment is safe.

What's that tiny white car at the end?

Thanks, it looks nice in a way. Someone should do some serious modding on this for fun.

Mori-san beckoned me over to a small portable office filled with lowrider and shakotan bits and bobs.“Come and see my collection.”


Now that's what you call passion for sharing his love!

Try telling that to the guys in Kyushu

This was a great article to read Toby, it really gave a insight into what owning one of these kaido racers would be like. On a side note, I adore that 2-tone hiace van! It just looks so clean, would love to have something like that in my collection!

You and I both Simon!

What a cool car ! Thanks for sharing

So cool. It's like driving around in your Hot Wheels. I love that the cops are cool enough not to hassle the drivers beyond just a verbal and a finger wagging. Here in California, the driver would get cited, the car impounded, then crushed, and the driver would have to pay for the disposal.

This is more better, y'all. 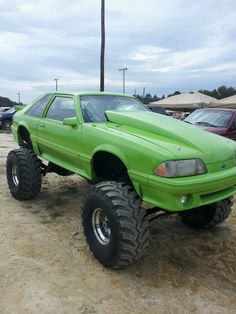 Actually, great analogy(!), it's basically the same thing lost in translation: but much less style and much less fun since i bet the most those 35/37's (?) can turn is a dime, meanwhile the "dimes" the Kaido run makes most cars basically a overladen kart. Ever drift a shopping kart before? No loose, shallow mud needed for it to be fun!

Saw this geezer at a New Year's meet in Hamamatsu last year. They were 4-up in the car - two car convoy - chainsmoking, blaring the most heinous of Japanese music whilst rolling through a SA containing some hundreds of tuner cars - it was one of the coolest things I've seen here.