When it comes to modifying Japanese cars from the ’80s and ’90s, I believe that it’s almost impossible to be original these days. To me, it feels like everything has already been done. American cars on the other hand…

Sweden’s Jim Bjork, the owner of this unique Chevrolet Corvette C4, is an interesting character. He also agrees with my opinion. Jim has lots of love for JDM cars from the golden era, but he’s never had one as a project. Simply, his love for American muscle cars is stronger. In the past he’s owned a Corvette C5, a Mustang, Camaro and even a Dodge Viper.

I saw the C4 at Ultrace 2021, which happened to be the Corvette’s first real-world outing since its rebuild. Although we’ve all been living through a pandemic for the past two years, Jim kept busy working on the car, originally planning to debut it at the Bilsport Performance & Custom Motor Show in Elmia (the Swedish version of SEMA), but that, like many other events, was canceled last year. He did however enter the C4 in a few virtual car shows, including RADwood where it took out the ‘Raddest Domestic’ trophy.

When Jim first started tearing down the car, he surprisingly found a number of original Japanese labels. As it now turns out, the Corvette once lived in Japan, but some time in its life was exported to Sweden. This connection is fitting, given the car was already mixing American and Japanese cultures before Jim began reimagining it with a distinct JDM vibe.

To my embarrassment though, the first time I saw the Corvette I got a different vibe. I thought about ’80s Hollywood movies, neon signs and IMSA racing. Some of that probably has to do with the color choice – Porsche Miami Blue.

Only after spending some time with the car, I felt the Japanese presence. From the front, the Corvette has a wide 240SX feel about it, which makes sense, because the front bumper is actually from a Nissan, just heavily customized to fit a C4.

The three-spoke Super Advan Racing SA3E wheels are another JDM giveaway. Whether you love or hate them – they’re the black swans of the Japanese wheel world after all – you have to admire that crazy dish. This set measures up at 11-inches wide at the front and a staunch 13-inches wide in the rear.

The custom Pandem-inspired overfenders were sized to fit this specific set of wheels, which means they’re much wider than any C4 flares you’re likely to find in a catalog. The side skirts are a custom mix of John Greenwood Motorsports items (which were originally fitted as part of a full kit on this car) and Nissan S13 skirts. The rear bumper and underskirt are custom-made too, while the rear spoiler is an E30 BMW M3 Evo replica (stretched 16cm taller) with an adjustable Gurney flap.

I’m in love with the louvered vents on the hood, which is where my thinking about IMSA race cars came from. Under the hood is the most boring part of the build – an almost stock 5.7L L98 engine with 250hp from the factory. Jim’s added an open filter, straight-through exhaust and chipped the ECU.

The interior has received a makeover too. There’s a black and white theme going on throughout with custom-trimmed sport seats, remade door card and flocked panels.

Jim’s Corvette looked awesome at Ultrace. The car was sitting low on the warm pavement and receiving plenty of attention – for obvious reasons.

Writing about it now in the middle of winter is especially comforting. Why? Because I know there are countless other builders out there like Jim, passionately working on projects that will make next summer brighter.

More stories from Poland on Speedhunters 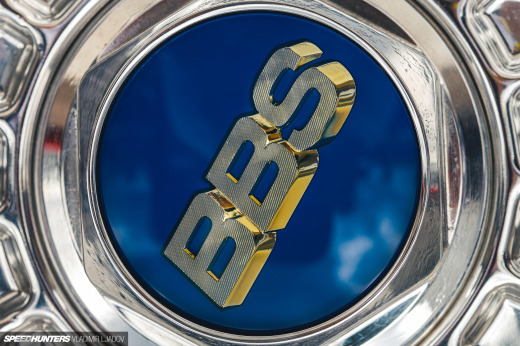 "be. I thought about ’80s Hollywood movies, neon signs and IMSA racing. Some of that probably has to do with the color choice – Porsche Miami Blue." ... I mean, the Japanese tuners did also originally get their inspiration from (international) racing and Hollywood to some degree, I mean look at Rauhwelt and their Le Mans works-911 inspired builds.

That's how it goes: "Everything is a remix"

Great to see an article on this car here on Speedhunters. Love it! Inspiration?: https://www.corvetteforum.com/how-tos/slideshows/special-c4-corvette-that-raced-at-le-mans-is-up-for-grabs-617911#underpinnings

So happy to see this c4 here. The execution is flawless and everything just works so well together.

This is just so rad on a bunch of levels!
Love it gives a bit of an IMSA racer look!

A Bjork that's actually easy on the eyes.

This Bjork's almost certainly got a better voice, too.

Coming from Iceland, this made me chuckle.

I love this car. Properly wild....

Finally some Domestic Motorsports. I was getting tired of the Asian and European cars.

at your service. More stories are on the way!