Last week I gave you a first look at the Supra Owners Club 2021 meet held in the Fuji Speedway paddock, concentrating on the A80 and older cars in attendance. Now it’s time to kick the coverage up a notch, with the A90 Supras and everything else that turned up on this very wet Sunday.

By the end of this post, I think you will have understood the need to split this into two parts.

Despite the A90 Supra having hit the market over two years ago here in Japan, I just never see that many examples out on the roads. They’re not all that cheap, and the lack of practicality with the move to a 2-seater layout has ruled it out for some I assume.

That said, this event had a solid turn out of the newest generation cars.

And that goes for the GR Yaris too. It’s hard to say whether there were more of these than Supras, but numbers-wise it surely would have been close.

But wait, the Supra Owners Club meeting also opened its doors to the 86.

And why shouldn’t it have? I mean, if this wasn’t an obvious celebration of Toyota as a sports car manufacturer, I don’t know what would be. And fair play too, because right now in Japan, the sports car offering from other domestic manufacturers has gone a tad stagnant.

Toyota, however, has kept up its part in the grand scheme of things, and is currently offering three sports models, two of which are on the affordable side of the spectrum. That’s pretty cool.

I really feel like I’ve been hidden away in a cave for the last 18 months, and a lot of that has had to do with a lack of shows and events, which has made it very hard to see what companies are doing with these new cars. Yes, you can see them on social media, but viewing them in person is a whole different experience.

The top pick of demo cars at the meet for me would have been this KW-equipped GR Yaris from Hashimoto Corporation. With most of my cars on KW suspension, I can only imagine how a serious coilover package would further enhance the highly capable Toyota hatchback. Maybe I should borrow this one for a test drive?

It’s cool to see more and more cars fitted up with RAYS Volk Racing 21Cs. What do you guys think about these deep-dish forged wheels?

HKS are continuing their R&D on both the Yaris and A90 platforms, and continue to offer a full array of goodies to have these cars performing their best.

Aside from the iconic Advan livery, which pretty much looks good on any car, this Yokohama GR Yaris sports a full Pandem conversion, making the little Toyota look like it’s ready to take on a WRC stage.

I really like what both Kansai Service and Fujitsubo have done with their respective GR Yaris demo cars.

It seems like many JDM exhaust makers have taken the Akrapovič approach and are finishing their tips with carbon fiber shrouds. You’ll be glad to hear that along with this refined look, the sound is on point too, providing the GR Yaris’s three-cylinder engine with a deeper tone.

The A90 front conversion will never make a Lexus SC look anything other than a Lexus RC; its profile with the hardtop convertible roof is something you can spot a mile away.

However, the student team at NATS who built this Fast & Furious-themed car gave it some additional impact by retrofitting a 2JZ, complete with big single Trust/GReddy T88 turbo.

The guys from Kuhl, who are famous for their intricately-painted wide-body R35s on air, have now turned some of their attention to the A90 platform. A basic aero upgrade and air ride is enough to visually transform the Supra, but I bet they are going all-out for their TAS 2022 build.

My favorite A90? That’s easy, it’s this race-ready GT4 variant from Gazoo Racing.

With this car you get 430hp and 650Nm, not to mention a full race-prepped chassis, all straight out of the box. I’m surprised that no one in Japan has attempted to register one for street use.

The Best Of The Rest

In between the downpours, I spent a lot of time at this event pacing up and down, across, and back again through all the parked cars. This itasha-styled GR Yaris on Fifteen52 Tarmac wheels and a Pandem kit looks like a strange cross between something you would see in Akihabara on any given night and a rallycross car.

To say that the GR Yaris has been a massive hit is an understatement. I see so many of these things on the street – way more than A90 Supras -and I think that was backed up by the rows upon rows of them here.

My favorite exhaust setup for the Yaris is this though. It comes courtesy of TOM’S, and has a center-exit design that works with a new lower bumper/diffuser section. So clean.

For me, the most curious-looking Yaris was this one. Why? Because it’s rolling on stock 17-inch BCNR33 Nissan Skyline GT-R wheels, from BBS Japan. I really like this look – who’s with me?

I also spotted another over-fendered Yaris, although I’m not sure who makes this particular kit.

The 86 (and its Subaru BRZ twin) had a strong showing on the day too.

Looking through the cars that had rolled in by the middle of the morning, I finally spotted the new face-lifted version, albeit in Subaru guise.

I have to say, this thing looks better in person than the simple redesign it appears to be on paper. The front end treatment especially, not to mention the fender vents, give it a ton more presence. I really can’t wait to see what the aftermarket does with this refresh at the upcoming SEMA Show and TAS.

Rear louvers are a definite win in my book.

Of course, one cannot forget the car that started it all, the AE86. This pair that turned up early in the morning completed the 86 line-up beautifully.

As far as rare factory 86 variants go, they don’t come more unique than the 86 Style Cb that Toyota offered in 2015. I think the headlights are suppose to look like those on an old Jaguar XK. What do you make of it?

I definitely think that the A90 photographs better from the rear, as it has plenty of aggression. Or maybe it’s just my polite way of saying that I still can’t digest the front headlights…

These are far more pleasant to look at.

Despite getting very wet, this was an event I really enjoyed covering and one I will try to make it to next year as well. It apparently had a far better turnout than the R’s Meeting this past Sunday, which due to having been cancelled and then put back on again, ended up attracting a fraction of the booths and cars it usually does.

That’s the world we live in right now I guess, but looking at the image above, I can’t really complain too much.

Thanks for all those photos. The weather sure as heck made it difficult to get all the shots.

Yaris and 86 club shows up but Celica club did not show up? Missing something? Not Celica Supras but Celicas in general? Don't they deserve some love in terms of Toyota's sporting line up? Look at its accolades in WRC.

Yeah was a tad moist lol
I think the Supra club only opened it up to other models to get the numbers they needed. If you start adding more cars it may have become a tad too general, then people would start asking where the MR2 were or why were there no Soarers etc

And that bolt-on fenders on that red GR Yaris seems to be a custom design. The flares doesn't flow right with the bodylines.

They look a lot like BMW style 30 wheels, which is not a bad thing at all. I have them on my E36 and I love the looks. The R33 wheels look even better

Like I've always said, they look amazing on any car other than the R33. Same with stock R34 wheels which had the gayest offset ever oked by man lol

Couldn't agree more with everything you said lol!

Not a single FJ Cruiser in the bunch? I own a 2011 FJ w/ 212k miles. I absolutely love the hell out of it, but this Toyota show would be the absolute most boring car show that I could possible think. That's brash, I get it, not sorry.

It was organized by the Toyota Supra Club of Japan, your answer as to why no offroaders were invited to it might be in there...

Ah yes, a line of plain white BRZs, how appropriate.

You mean because they are Subarus?

Someone should make rear window louvers for EVERY sporting car... including my FA!

No Soarers? I would have thought the natural link would be there.

The A90 is a good car that should have debuted 5 years ago. The USDM sports car market has better performance for better value. It seems the JDM market also sees this. They either need to drop the price to Nissan Z and Mustand/Camaros here in the States or step the performance up to match the price tag.

Nah the Supra should have been a Lexus LC with a reskin and the new twin turbo V6 they are dropping in everything now. I've always said that and will continue to do so. That said I'll still take the A90 over not having a Supra all together. As for the Z, when that car hits the dealers it's game over! A90 sales will dwindle and the car will get axed lol

Never thought of that but the LC Supra is what should have happened in the first place. Its not too late to rebrand the A90 as the Celica Supra and drop the price. In general though, JDM Mfg's have been real conservative over the last decade and I dont see anything changing even after electrification becomes the standard.

Way too conservative. It's as if they are scared of something.

While I enjoy the content, I wish I could start seeing more stories from the other side of the pond over here in the US.. Last Muscle story was from 2015.. or the alternative.. point me in the direction of a site like this with more US orientated stories and showcases.

We cover a bit of everything thanks to the global team we have.

Sweet story Dino, GR yaris an absolute dream car.
Where are you at with Yellow Shark and that American car cemetery?

What do you mean? If I've gone back? Not yet no, was a tad far, it will have to be done next time I'm on a road trip with a bit of time to spare

The GR Yaris Pandem kit is so good.

It's pretty spot on!

Yaris from Hashimoto looks so good!

I gotta drive that next time I'm down in Kyoto

Although I'm a big GT-R fan, I must confess that Kansai Service's GR Yaris is lovely, wouldn't mind to have it as my daily ride

After reading this, it would be wonderful if Toyota resurrects the Celica!

Who's making the WRC wing on the back of the red GR Yaris? If it's readily available my hand may now be being forced... looks great.

Wellpine Motorsport, and it ain’t cheap!

The SC with the A90 nose reminded me of this: 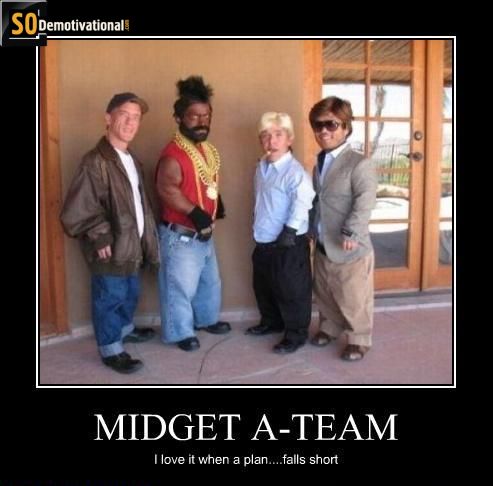