I sauntered into my room late, frustrated with my photos from the day. I removed my shoes, and switched over to slippers as the floors of my motel, some 15 minutes north of the Long Beach Grand Prix, were unfit to expose my bare feet to. My non-smoking room smelled suspiciously like a room that had been smoked in approximately 12,000 times, but the man pounding on the room door adjacent to mine at around 3:00am was of greater concern.

I’ve heard you actually sleep with half your mind in a semi-conscious state when you’re sleeping in an unusual place, so I was woken by the visitor long before he started raising his voice. Unsure of my next move I choose to do nothing in my sleepy stupor, which was the right move anyway. ‘They’ also say it’s not certain if it counts as sleeping, what you do after drinking a certain amount of whiskey. Nevertheless, I was thankful for whatever sleep I did get. And for that matter, I really appreciated the taqueria across the street from my shoddy hotel as well.

The IMSA SportsCar Grand Prix was next up, and it’d be a long few miles’ walk around the streets of Long Beach to take it all in.

The media center had enough coffee and water to feed an army, which made sense as indeed an army did show up. Hundreds of sweaty photographers joined me trackside for a long day in the sun, as the hearty roar of dozens of production car-based race cars descended upon us all.

None are very small cars by any definition, unless you were comparing them to American land yachts of the early ’70s – and why would you be? Bouncing around mere centimeters from the ground, and inches from the walls beyond any given apex, this was the class I was most looking forward to when it came to the wheel-to-wheel action over the Grand Prix weekend.

Yes, the IndyCar race was more fast-paced, and the even slimmer margins that the open-wheelers flirt with do raise the excitement levels. However, I’ve never driven one, and at the rate I’m going I never will.

These sports cars on the other hand are relatable. They’re loud, fast, and harsh, and this race is simply where it’s at in my opinion.

Those centimeters and inches I mentioned before? Yeah, sometimes it’s less than that. Ridiculously, this Cadillac Daytona Prototype International (DPi) piloted by Kevin Magnussen and Renger van der Zande managed to finish in second place overall after the former driver of the pair scraped the tire wall in turn one on lap 10.

They were just 11 seconds off the pace after 78 laps, despite a chunk of front aero and fender missing along with the right-side support for the rear wing, which caused it to flap mercilessly as it cut through the air.

It was actually a 1-2-3 finish for Cadillac, with the #31 Whelen car winning it all.

Meanwhile, Patrick Long and Trent Hindman fought from 15th on the grid up on to the podium in the GTD class in their #16 Porsche 911 GT3 R.

The top spot in the GTD class went to Bryan Sellers and Madison Snow in their Lamborghini Huracán GT3, and the entire podium was within a dozen seconds of each other come the end of the race.

The Corvette C8.Rs seemed really just be racing each other with their only class competitor — the #79 911 RSR — a full lap off the pace.

As much as it pains me to say this, I really liked how the C8s turned out in race trim. I really haven’t fallen in love with them as a street car, but I have to say the overeager body lines do look right at home on a race track.

They seemed to be catching the most air off of the makeshift curb on Shoreline Drive in turn five, too.

Passing on the narrow street circuit happened more than I expected to be the case, aided of course by the fact that the front-runners in faster classes lapped the field several times.

While various portions of the track are actually quite wide, in particular the slight downhill run from turns six and seven into eight, there’s always an established line that’s fastest. With turn eight narrowing between tire walls at the apex and exit, and other corners appearing even more grim, Long Beach is a track that makes you work for position everywhere.

There really are no margins for error here, and at most drivers are always a split-second and mere fractions of a meter away from disaster at any given time. Be it the looming k-walls, the undulating unevenness of what is an actual road with traffic for the other 360-ish days of the year, or another driver behind the wheel of a ton-and-a-half machine bent on getting past you.

Racing directly on a public street provides the necessary perspective that’s missing from an ultra-wide and silky-smooth racetrack. You can really see the speed here in Long Beach, and I’m hoping that the temporary quasi-street course planned at the Miami International Autodrome for Formula 1 in Florida next year can come close in this regard.

Street circuits are something special, and we’ll see more of them as soon as each of us makes an effort to attend as many as possible. Plan a road trip, fly out, split a room with friends, fill those grandstands. Just don’t stay at the motel I did unless you have plenty of whiskey and a penchant for good Mexican food.

Luckily I had both, with more on deck to prepare me for Sunday in Long Beach.

Awesome shots! Got all my favorite cars, except the Mazda prototype. Did you get any of that one, pretty please?

Sure! But it's only using half its wheels 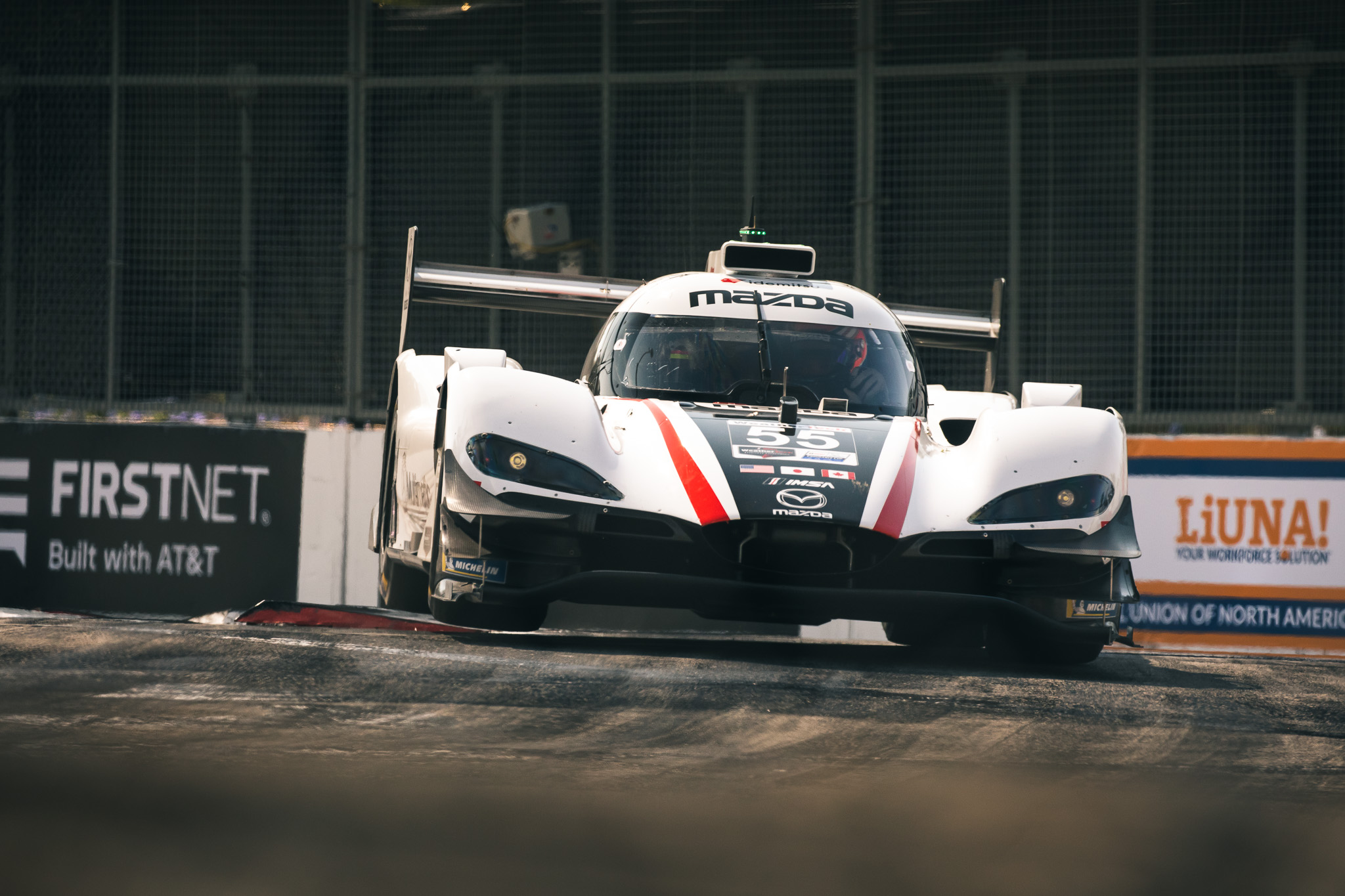 This is what speedhunters needs more of!! Love it so much. Thank you!

Thanks Jerry, you too!

My favorite read and collection of photos from this event. I love the focus on the GTLM and GTD cars. Great work, Trevor.

I didnt go this year but always a great race