A mutual friend introduced me to the Naito brothers, and they told me that their elder sibling had a Mercedes-Benz 2.5-16 Evo I tucked away. The Cosworth-tuned 190E is one of my all-time favourite cars, so of course I was keen to take a peek and perhaps arrange a shoot.

Arriving at the garage, a deep ink-blue Porsche 964 was parked outside. The colour was mesmerising and I felt as though I had fallen into a deep ocean of calm. It turned out they didn’t actually have a key for the Evo I garage space, but Ryu-san and Shigeki-san explained that their brother Akihiro-san’s car was basically stock and in good condition. That was enough to warrant a shoot, but I was still pondering what my angle would be for a story…

That’s when I noticed something very red parked in an adjacent space.

When I saw the Alfa Romeo 75, I knew what I wanted to do. Ryu-san fired up the Twin Spark engine and brought the 75 out of the shadows into the afternoon sun. It was everything an Italian car should be: bold, brawny and fantastically lyrical.

So it was decided; we would shoot the three boys with their three toys, each as different as their owners.

I was interested in why all three family members drove European cars, but in hindsight the reason was pretty obvious. Three wonderful words: Deutsche Tourenwagen Meisterschaft. The brothers may have also been subconsciously steered in that direction by grandpa Naito-san, who drove an Audi 80 back in the day. Cruising around in that as kids in Japan must have been very special and magical.

For whatever reason, the magic of DTM touring cars inevitably sparked a love for European cars and the rest is history.

While these particular models never competed directly with each other, the DTM vibes were strong, especially between the Alfa and the Mercedes. Both are designed in a typical three-box shape of the late-1980s, and both look fantastic if you ask me.

The 964, or any other Porsche for that matter, never competed in DTM because its engine wasn’t in the right place. Regulations were extremely strict for production cars homologated for DTM racing, and front engine/rear-wheel drive with two restrictors on the intake were some of the requirements.

This chassis was extremely well balanced; with a rear transaxle it has a near 50-50 weight split. Despite that, it couldn’t match the M3 for power. In 1987, it was the Alfa Romeo 75 turbo that took 11th place, and the Italian automaker wouldn’t see the podium until the 155 came along in 1993. When that happened, Alfa took a whopping 38 DTM wins, a record that still stands to this day.

When it rains it pours, right?

It may not be the fastest, it may not even be the prettiest, but that is all forgotten because by George the Alfa 75 sure is the quirkiest. If you need proof, on the dash is a panel dedicated to warning lights. I guess if your car is going to break down, the least you can do is make it easy for customers to see what’s gone wrong.

The second work of art has to be the fantastic 2.0L Twin Spark inline-four engine. Sure, it’s missing a turbo, and yes, it will throw more error codes at you than a ninja with a nervous twitch, but the aluminium rocker cover and intake cover plus all those extra spark plug cables just look brilliant.

The 2.5-16 190E that Mercedes-Benz had been running in the DTM was struggling to keep up with the purpose-built M3 that BMW campaigned, and it wasn’t until 1990 that Mercedes finally introduced a car that had a chance. Enter the Evolution I.

With the Evo I in the mix, DTM season results seem to show a fairly even distribution of podium places between BMW, Audi and Mercedes-Benz. Not surprising considering the specs of the Evo I and M3 were near identical, while the Audi had 100bhp more but carried a 200kg weight disadvantage.

Despite the improvements that Mercedes-Benz made with the Evo I, they still couldn’t catch the M3 over an entire season. That was until the Evo II entered the fray. In 1992, Mercedes finally took the DTM championship from BMW and Audi.

Akihiro-san’s Evo I is one of only 502 cars built for homologation, making it pretty rare. Even though it’s fairly stock, it still sounds fantastic and really looks the part.

It just goes to show that you don’t necessarily have to drive the fastest, most powerful or most beautiful car to enjoy the motoring life. These are three regular guys who each drive something that is special to them.

Do you drive the worst car which is also the coolest? I’m interested to know what you are driving and why it’s special to you.

I drive a 1997 Honda Civic CX hatch. It's slow, the paints peeling, it's on steelies, the interior is rubbish. But still, once it hits a curvy road its the most fun things to drive. The plan is a k-swap and full track set up, but for now I'm just enjoying having to roll the windows down with a hand crank.

Those roller windows are pure motorsport

3 Classics in One Photo!
Love it!

It was a challenge!

Oh! The 190E is it! That is one badass ride! Love that car. My cousin has one. Not a Cosworth but the regular one. Porsche is awesome too!

CRS... very cool... any history on the stickers?

I’m not really sure sorry

Three awesome cars but I found myself poring over every shot of the Alfa, it looks so awkward at times but somehow so cohesive and appealing, packed with little details.

And that shot of the Alfa grill framed by (I think?) the 964 ducktail is *chefs kiss*

Haha it is pretty awkward! In a good way though.

I drive a 2012 VW Jetta SportWagen 2.5S (6 speed auto) completely stock, except for a suede steering wheel. I love to drive it up Angeles Crest Highway or Santa Monica Mountains because of its 2.5L inline 5 cylinder. Its not loud, but it has the rough 5 cylinder purr. Its not very fast, but therefore can enjoy the sound longer when accelerating up the hills.

As far as the Mid Night sticker goes, its pretty sacred and forgeries are a huge no. In order to have one, this dude must've been connected to the club back in the day

My daily is a 2001 Suabru Impreza GX Wagon. It's auto which is sluggish and with just 120hp on tap from factory, it's not the fastest car ever, but it's my first car and I love everything about it. I do plan to lower it about 30mm, put some nice wheels on (still undecided at this point), add an exhaust and then just some interior items.
Idk why but I've just always been drawn towards Subarus, and I'm sure I'll own a couple more in my lifetime.

That 190E is definitely a favourite, love the Evo 1 & 2. A good amount of boxy-ness never gets old.

Another good thing about that Alfa twin spark engine and all its bright red spark leads, is that when you pop the hood anywhere you can just tell everyone you have an in-line 8 cylinder, works most of the time heh.

Nice! I have found out I’d rather have a fun and flickable bike 99% of the time, so hopefully these will hit soon!
Clasp Auto

I drive a 2006 R53 JCW Mini Cooper S. It's tiny has no spare has heated leather recaros & is black none of which makes sense in Perth which gets stupidly hot & since I love long country drives.
I bought it from Melbourne sight unseen & waited almost 3 months for it to be transported to Perth due to Covid. It has over 245,000 km and since just about everything is wearing out its going to cost a bundle to replace everything that breaks.
No car has been as fun to drive, as chuckable through corners or sounds like a screaming banshee due to the supercharger wine. Fits all my camping gear and handles gravel bush roads surprisingly well.
Supercharged goodness.

I had one as a work car once too, pretty fun!

1991 Honda Beat. Unrestored, with a mix of self made and aftermarket parts. Sucks at being a car by most definitions, but is great at being a streetable go kart. Can't drive it without a stupid smile plastered on your face.

They’re a riot! I’d love one

My first car was Alfa 75 Twin Spark. It was glorious. It had 420.000 km on the clock. Body had gone trough restoration for rust but the engine had never been opened and it was bulletproof. I put Sparco bucket seats, a Victor suede two spoke wheel in it and built the noisiest exhaust after the original fell on the street.

I revved the heart out of that thing for a year until I crashed into a moose and it was written off. The moose was killed instantly.

The warning light panel or "Nights of Milan" as we liked to call it mostly just gave faulty brake pad lights due to non OEM pads. The inboard rear brake calipers were a bit of a pain but hey, they are German made.

With 420K worth of driving the Moose was probably inevitable RIP

Nowadays my ‘spare’ car is a E34 525i. Paint is shot but returned to mostly shiny, needs a new head gasket, and while pretty rough visually, is otherwise mechanically sound, no serious rust. Car is about 350k kms on the original engine and manual gearbox (1 of about 8 dealer delivered in Australia. Cost me AUD$100. Pretty good then.

Thanks for the article.

All pretty quirky! $100 is a bargain! 350K is massive! But probably not hard to clock up in OZ

I don't know where to start. I'll sum it up like this: I saved 75% of the pictures for wallpapers.

Not saying the Porsche is bad but if it was an E30 M3 the trio would be nicer.

That would have been ultimate

My one and only car, engine with AEM filter, air suspension & Kaze Centerlock wheels, fun to drive curvy asphalt backroads. 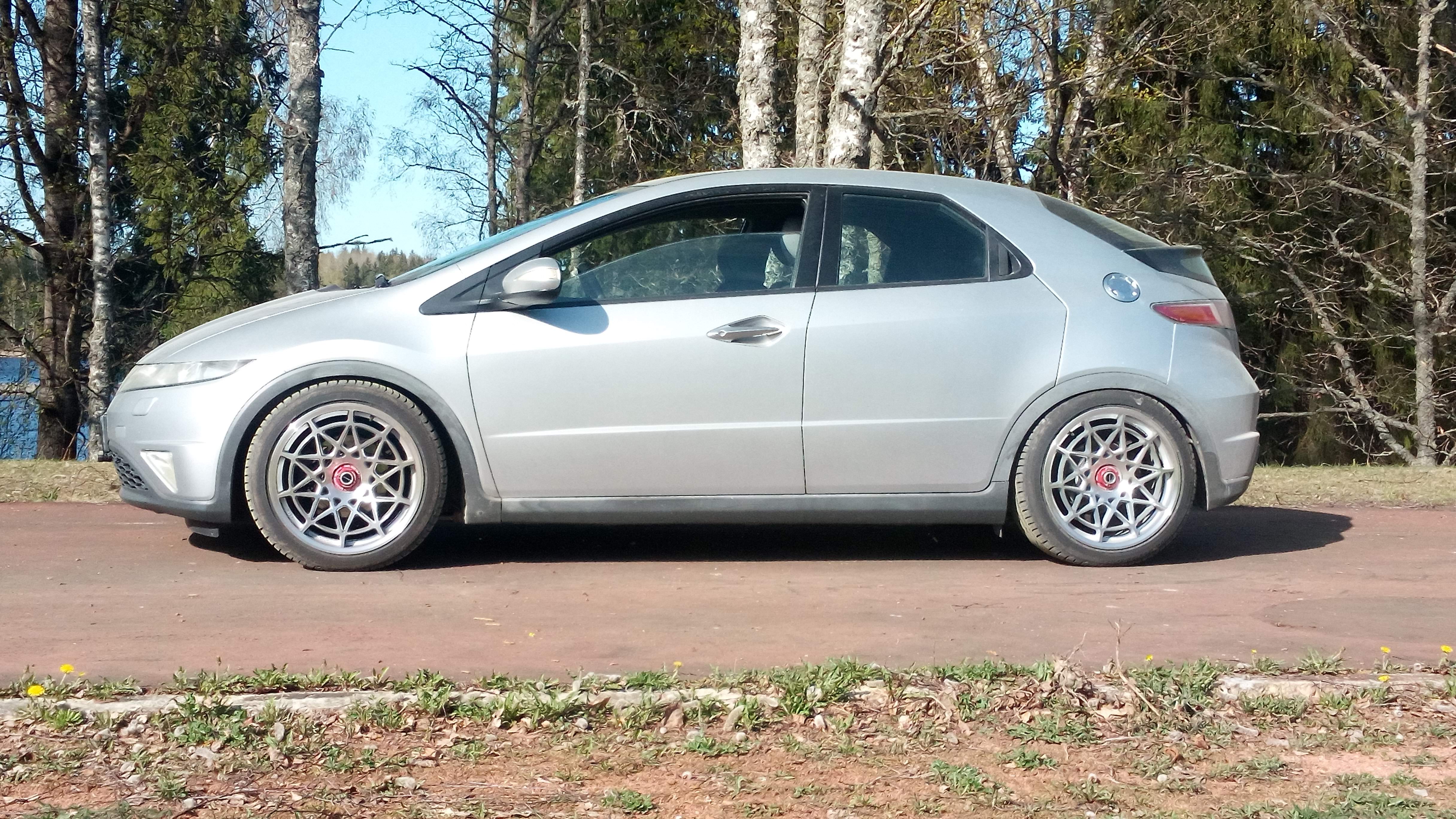