Sat idling before me, the brutality of the last 60 seconds seems even more perplexing.

The demonic roar of rubber failing miserably to grip tarmac has now subsided, instead replaced by a familiar throaty growl. This Honda Accord Euro R has shown its hand, and I’m enthralled.

When thoughts turn to the high points of Honda’s back catalogue, the first names that’ll likely come to mind include Civic, Integra and NSX. But how many of you would have shouted Accord?

The Accord entered the Honda line-up in the mid ’70s as the automaker’s staple family car. Besides becoming the solid and dependable base for the growth of Honda in the US during the ’80s, the Accord was just a bit… dull.

Then the ’90s happened, and things got interesting.

The Accord entered the BTCC in 1995, and by the turn of the millennium there was a Super Tourer bouncing around the world’s tracks. At this time, a pair of genuinely brilliant performance cars bore the Accord name – the European-market CH1 Accord Type R, and the Japan-market CL1 Accord Euro R.

Both incredible cars, these marked a point in time when Honda were pumping out greatest hits one after another, and it wasn’t to end yet. The Integra Type R name moved from DC2 to DC5 chassis, the EP3 Civic Type R followed on from the EK9, and in the Accord world the JDM CL7 Accord Euro R became the more grown-up icon of the Honda range.

‘Grown up’ has to mean sensible and boring, right? Absolutely not, especially when it comes to Coman Ryan and his Accord.

Walking around on a dull morning, the first thing that pops out is the subtle aggression of the Euro R in person. While there are no big vents and wings like some of its JDM contemporaries, the clean lines of the CL7 Accord in Arctic Blue Pearl are enduring.

Helping this fact are some subtle exterior additions, and both the boot spoiler and aero wind deflectors are genuine Mugen items. It’s when you get to the wheels that things begin to get spicy.

Desmond RegaMaster Evos and modified Hondas are an incredible combo. There’s something timeless about this wheel design that has seen them remain fresh for so many years, but this set is a bit more special than most.

Built by Desmond in 2010, these ‘Special Limited Edition’ RegaMasters are one of just 77 forged magnesium sets that were built exclusively for the Russian Touring Car Championship that year. This set managed to be spared a hard life of track abuse, and were bought online still in their original boxes at the start of this year. Wrapped in Yokohama Advan Neova AD08R semi-slicks, both the form and function boxes are well and truly ticked in my opinion.

Sitting behind the wheels is a DC5 Type R Brembo brake upgrade with the addition of PBS pads and braided HEL lines. The already acclaimed dynamics of the Euro R’s suspension and handling have been subtly improved with BC Racing coilovers all round.

Inside, yet again things just seem right. While the majority of the original interior has been retained – including the factory Recaro seats – small changes like the Hybrid Racing shifter and Defi gauges add to the aesthetic.

If I step back for a second, I think you’ll agree that what I’ve described so far is a nice, if somewhat sedate, modified Euro R. Nice wheels, tasty brakes and a few subtle tweaks. So far, very sensible.

The gauge to the left of the wheel isn’t a Defi item though. This one relates to the Aquamist water/methanol injection kit, which on my first pass of the car I’d overlooked given its hidden mounting position in the boot.

I think it’s about time to pop the hood and show you what makes this particular Accord special, as where a naturally aspirated K20A pushing 225hp once lived now resides a turbocharged K24 designed to support 500hp.

It’s some sight to stand and look at, as the sizeable Precision PT5558 Gen 2 turbocharger draws the attention unlike anything I’ve seen in quite a while. Running a safe 1.0bar (14.7psi) of boost pressure and ‘useable’ for everyday driving (Coman has driven all over Ireland in the car too), the next mapping session will see 1.2bar (17.6psi) dialled up.

As I finish up the shoot, it feels right to get a naughty full chat fly-by, just to completely blow my already frazzled head. This car is quick, and it sounds absolutely nuts to boot.

As I said at the very start, this Accord has me perplexed. Equal part subtle and tasty Euro R, equal part maniac, and I love it. Perhaps I need a Honda in my life…

The K-Powered Theme on Speedhunters

A Special Stage Civic With K-Power

K-Powered: Why We Love Honda’s K-Series

I still find it funny that the EU got an Accord Type-R, while the Japanese market had theirs as Euro-R. LOL!

The CL9 platform doesn't get enough credibility. Daily drove one for almost a decade and it's a very solid car with a lot of untapped potential. I think what made it less popular was the lack of RWD/AWD. Honestly, it was the perfect platform for Honda/Acura to try and compete with the BMW 3-series and Audi A4 line (and was sold in the same price bracket as those two in the US).

Ah, I remember when these competed in the WTCC. Really excellent cars and this one is a very fine example. BTW A 10th generation Honda Civic has nearly exactly the same length as this generation Accord. Shows how much cars grow.

I have so many great memories of this chassis. Peter Cunningham and Pierre Kleinubing dominating the field in the GT World Challenge America Touring Car Championship. Seeing them everywhere when I went to Macau in 2005. There was some stock versions but the majority were modified. It really cemented my love for this car.

I eventually bought a 2004 model. Got it on the cheap. Swapped the transmission. Super comfortable. Then had to get rid of it. Hated seeing it go but after 300K it was tired. Would love to own another one!

How is there no comments on this yet. What a mint rig

As the owner of a Euro R, I can confirm they are fantastic cars. It has done galactic mileage, but always serviced using Honda parts and one of the best Honda mechanics in the country. It has cosmetic issues like faded paint, but mechanically, it's tight as a drum. Hope Honda make another

Currently daily driving a six-speed cl9 with the usual bolt-ons + tune, TL type S brakes, and that same hybrid shifter box and it's an absolute blast. Double wishbones front and rear and decent by Honda standards weight distribution makes it handle like a dream. It rotates very well in the corners unlike most front-wheel drive cars. Currently trying to source an asp3 0r transmission with shorter gearing and the limited slip differential to complete the package. Hoonigan didn't autofocus episode on the spoon cl7 that's great as well. 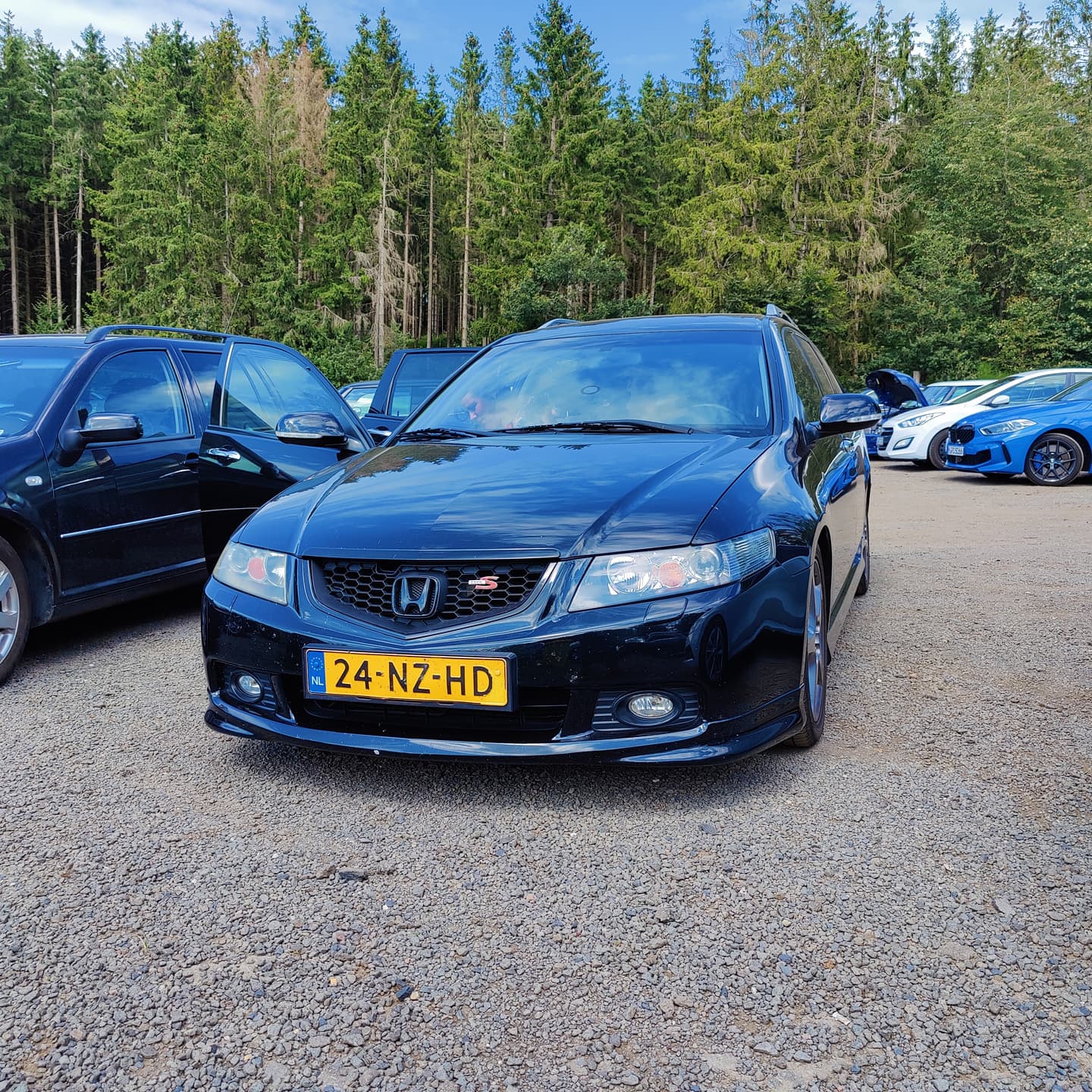 I drove 2 CH1's , both in Champions White NH-0, great cars.
Now i have a CM2 K24 Type S with BCracing coilovers, Injen cai and is also a great car to drive. You don't see them a lot so it is a rare car to drive.

I make 85 dollars each hour for working an online job at home. KLA I never thought I could do it but my best friend makes 10000 bucks every month working this job and she recommended me to learn more about it. The potential with this is endless.
>>>>>>http://www.earn96.com