When Covid hit and car events – including Monterey Car Week – were cancelled last year, there was one single get-together on my mind that I genuinely felt bummed out about having to miss – the Rolex Monterey Motorsports Reunion (RMMR). It’s the event that I always look forward to most.

In years past, we’ve paid special attention to this particular Car Week gathering, for the simple fact that it’s where the realest form of speed and the hunting of it takes place. The 2021 edition was no different, so this time around we’ll be bringing you two stories from the event – this one, concentrating on the pit and paddock area at Laguna Seca, and follow-up piece from Trevor, where he’ll be taking a look at the on-track action.

While other Car Week events focus on the newest luxury and exotic cars, and the most futuristic technological innovation being implemented in the next generation of autonomous vehicles, the Rolex Reunion sticks with the stuff many enthusiasts crave most – wheel-to-wheel racing in its rawest form.

Is it a real race? That’s debatable, but who cares? It’s the type of event that can be attended year after year with the same level of exhilarating excitement each time you see a 935 nosedive blindly down Laguna Seca’s famous Corkscrew. Whether it counts as real racing or not changes nothing about the fact that it’s taking place right before your eyes.

The true gift however isn’t just seeing these historical legends out on track. It’s the ability to get up close and personal to them, which in most normal settings would be reserved to the pit crew and team support. This is something I think a vast number of attendees take for granted, right alongside the naysayers doubting the competitiveness of the races.

For example, I, like many of you, have spent many of my adolescent years in the virtual cockpit of a CLK GTR, searching for perfect apexes through Spa and Le Mans. But never in a million years did I think I would have the chance to take an inspection glass and dissect the nuances of the body work of one in the real world, as I did at RMMR 2021. Childhood race car hero achievement unlocked.

Perhaps seeing familiar faces is more up your alley. Well fear not, because coming across celebrity race car drivers like Patrick Long isn’t uncommon either. I wasn’t able to snap any shots of Jerry Seinfeld or Adam Carolla this year, but rest assured that other big names showed up and raced hard.

And then there are the more common folk of course. People that you and I can relate a little more to, like David Murray and his sweet IMSA S14, and Glenn Chiou in his IMSA 240Z.

These are both cars I’ve been wanting to see in person for a while, but with David living quite far from me and Glenn just finishing up the Z before RMMR, things have not aligned yet. Both are certainly worthy of full features of their own, given that they each have a unique story. So know that they’ll be hitting the site in the near future.

Speaking of interesting historic race cars, I stumbled across this Mazda MX-6 that I’d never seen at the Rolex Reunion before, and it piqued my interest. After doing some digging on the internet, I uncovered that the Mazda-backed turbo front-wheel drive machine won the 1989 IMSA International Sedan Championship, and that it had been in storage for nearly a decade and a half before being restored. An online forum for sale listing claims it ran 1:54.04 at Sears Point, which made it faster than the other cars in its class – most of which were RWD – and subsequently led to turbos being outlawed. That’s pretty crazy to think about, and if I’m honest, it looks quite good too.

While it seems like my focus is almost always the IMSA racers, there were some other interesting cars out in the paddocks as well. Some were casually being prepped for their next sessions out, while others were simply left out on display for spectators to indulge in, like this barn-find Mustang Boss 302. Evidently, it was discovered just three days prior to the event and brought directly from the farm building it had sat dormant in just down the road, for what looks like more than a few years.

Needless to say, another great year at the Rolex Reunion has come and passed. The people showed up, raced hard, and put on a great show for all spectators watching.

Whether you’ve attended these events in the past or not, it’s safe to say that each and every year is as exciting as the last. So if there’s one tip I could give to anyone planning on attending Monterey Car Week, it would be to make it a strong point in your itinerary to explore the RMMR. You will not regret it.

Monterey Car Week On The Cheap

Too much vw beetles, but its always nice too see people have fun and actually using their machines.

What "beetles?!!" Oh, you mean Porsche, the greatest marque in car history. That's what I thought you meant. You better read up on Porsche history my man and then drive one. I did. In Vegas. A GT3. Corvette my ass!

Sorry mate. I know the history, Porsche guy made beetles, and keep making em ... All of them drive and feel like one, until they stuff all the tech on it so anyone can drive it fast.

Ah, the old IMSA Porsches. A lot of it, back in the day, was paid for not by sponsorships or factory money, but by pot smuggling profits, laundered into racing programs. The joke, back in the day (late ‘70s and early ‘80s) was that IMSA stood for “International Marijuana Smuggling Association”. They brought in in by the boatload through Florida, and it as an open secret.

The silver 49 car, the “Grey Ghost”, has a great back story, too. It took on the Trans Am cars many years newer, back in the day, and kicked some T/A tail.

Man, I would have loved to see that Datsun 240 Safari Car do some laps.

One day I would love to see this in person. It's quite a collection of cars when a Singer 911 just sits in the background.

also, immediately headed to googles for more deets on that TWR TR8... fun! 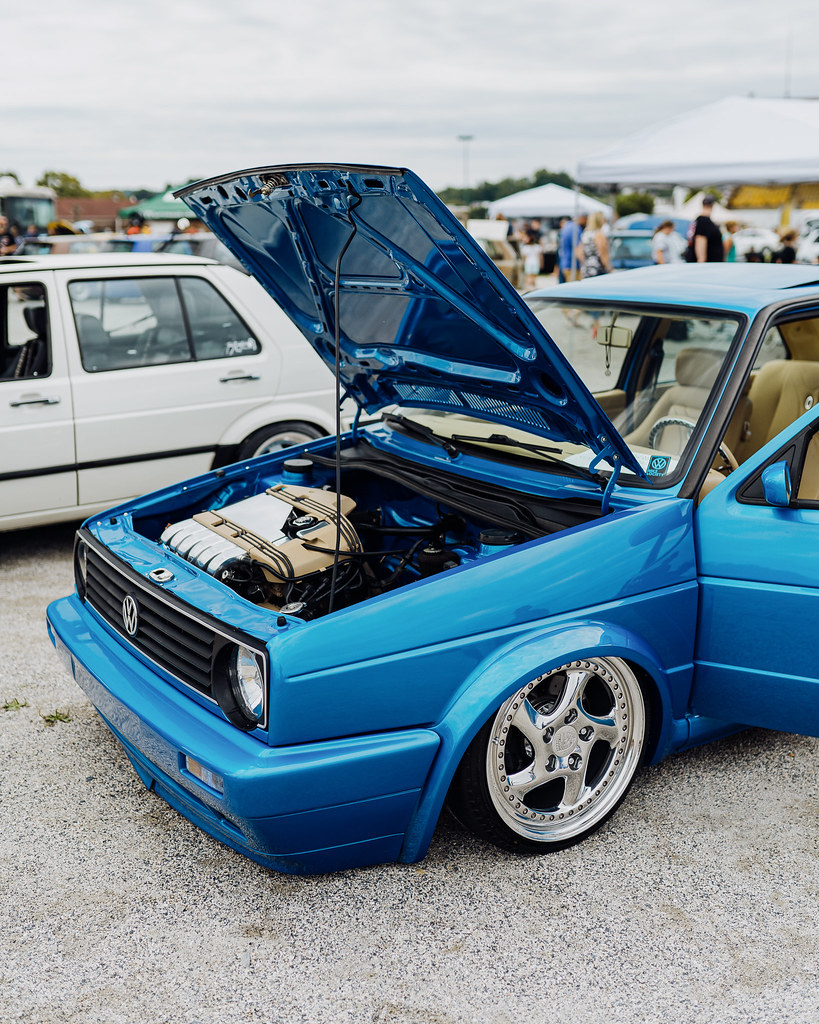 What the heck?How big is Monterey?But,IMSA cars are always the coolest thing in a event.

Some Mad cars there! Kind of like a dry, warm and circular Goodwood.

I would love to see more of that roof-less Corvette

Great photos. Love the racing content you guys are posting lately. Was that a Bel Air made for circuit racing?? Definitely not something you see that often. Amazing collection of race cars!