Age, or I suppose more accurately time, is something none of us can escape. One day you’re hip, the next a little out of touch, and shortly thereafter you’re straight-up old. It’s inevitable.

As I desperately hang on to ‘out of touch’, I try my best to curb how often I mention the good old days. Because nothing dates you more than talking about days gone by. Despite my best efforts though, I still do it a lot.

Of course, I’m not alone in this. The rise of automotive events centered around the 1980s and 1990s is proof I’m not crazy. At least not completely. As a baby of the ’80s and a child of the ’90s, these car shows trigger serious feelings of nostalgia.

Here in Ontario, no show captures the spirit of this era better than Oblivion. Absent like so many events in 2020, Oblivion came back strong with their third event in 2021. ‘Camp Oblivion’ was rather fittingly held at a campground that saw its heyday in the ‘rad’ era.

Utilizing such a venue tied together the overall aesthetic rather creatively, and continued Oblivion’s ‘one and done’ venue selection criteria.

Acknowledging that, as a product of this era I view it fondly through neon-rimmed glasses, I wanted to verify its awesomeness via a second set of eyes. That fresh and unbiased take came by the way of my 7-year-old son, Ash.

Ash has played tag along at shows before, and as any parent will attest, with kids you know instantly whether they’re in or out. If there was a rad era litmus test, Ash would be it.

Equipped with my well-traveled Canon Rebel T2i, and bribed with the opportunity to play in the arcade, Ash actually proved to be a very useful second shooter.

Unsurprisingly, many of the rad era’s sports cars caught his eye. These cars were designed to stand out, and clearly still do. Especially when compared to the CUV marshmallows he’s more accustomed to seeing.

One car I was surprised Ash showed an interest in was a 1986 Cougar. Fifth and sixth generation Cougars are pretty neat since they were built on the same Foxbody chassis as Mustangs of the era. Obviously this was lost on Ash. I told him it had a supercharger and he told me it had a Thundercats logo. Kids…

The mini SUV segment that the Geo Tracker occupied is more or less gone now in North America, so I’m glad Ash took an interest in this one. I think it was more about how it was parked rather than the vehicle itself, though.

All said and done, this model was CA$14,961 new. I don’t think you an touch the closest equivalent today for less than mid-CA$20K, and it would certainly lack the Tracker’s quaint charm.

A proud parent moment came when Ash spotted a pair of purpose-built Subaru GL10 chassis cars. I’d like to say he noticed their protruding front-mount intercoolers, but I’m pretty sure it was just the license plate on one of them.

I’ve seen the sedan before and, if memory serves, it makes a conservatively-stated 345hp to the wheels, care of a BorgWarner S300SX-E turbocharger. I have no reason to suspect the wagon makes any less power, given the owner’s build photos on Instagram revealing a BorgWarner EFR7163 under the hood.

With the arcade coming clearer into focus, I did manage to get a real mix of car photos from Ash before break was declared.

Once we hit the arcade, Ash’s contributions for the day were over. I couldn’t blame him really. Had I had a couple more hours, I think I would have sat myself in front of a tube TV and enjoyed a few of the movies that were on display in the collectible area of the show.

This collection was seriously amazing, and triggering. I may, or may not have ended up on eBay shortly after comparing the price of original Voltron toys to Ninja Turtles and Transformers…

Child care taken care of, it was time for me to get my own fill of the cars in attendance. I started things off with the Speed Academy Supra project.

As part of their JDM Legend series, the guys brought this once rather tattered Supra back to top form, undoing years of questionable care and modification.

Particularly interesting on this car were the upsized, OEM-style wheels made by Augment Wheel Co. These are forged three-piece wheels (with hidden hardware) that measure out at 18×9-inch +30 up front and 18×10-inch +40 in the rear. It’s a double-take wheel choice that’s also very functional.

From an exotic perspective, it was nice to see a Don Law Racing Jaguar XJ220s again.

Surprisingly, this car is actually spotted fairly regularly on the streets of Toronto and the surrounding area. The owner bought it to drive, and it’s usually posted in spotting groups every weekend.

Note: This car is not one of the original seven cars built. But as a Don Law Racing-produced model it’s as original as you can get without actually being original.

Again, like the last Oblivion show, I couldn’t help but get a chuckle that a stone’s throw away from one of the rarest exotic cars ever were rather mundane vehicles in near immaculate condition.

On top of keeping their once daily drivers in pristine shape, many of these owners went out of their way to collect (or keep?) relevant memorabilia pertaining to their cars.

Why was a 1992 GTP Coupe model kit made? Who knows and who cares – it’s really quite awesome.

Surprisingly, despite a pretty poor weather forecast the day turned out to be shower free. But, the organizers did push the award ceremony a bit earlier than originally posted to be mindful of those who would rather keep their cars out of the rain.

This meant I didn’t get as much time with a few cars as I would have wanted, but the one I want to end the post with is a Subaru Impreza S201, a variant of the standard GC8 STI.

One of just 300, the looks of the car are perhaps not for everyone. From about the belt line up it is more or less standard Impreza STI, but from the middle down it’s something else entirely.

Performance-wise, thanks to a special ECU, intake and exhaust, the car was said to make 300PS, and it also features reinforced suspension and upgraded lateral and trailing links. The wheels are factory-fitted RAYS pieces and the front end received an upgraded LSD.

At a fixed 300 units, these models are about 100 units rarer than the revered 22B. While the looks of the S201 may not have stood the test of time, I’d argue there are fewer fitting cars to close this post out with.

Seeing this car parked up made me wonder if Oblivion might hold an autocross aspect in the future… One can only hope.

Speed Academy supra in a speedhunters post? What is this a crossover episode?

We've crossed over before: http://www.speedhunters.com/2019/10/lapping-day-on-track-in-ontario/

I'd like to check out a few of there projects eventually as well.

Please do, Dave!
They've got some awesome cars, and besides, DP and PT definitely deserve the exposure!

Absolutely agree! 2 of the best youtube guys out there!

Classic cars just get better with time! My MKIII Jetta is 26 years old. Completely tuned/restored. My neighbor's E46 M3 is 2002. Looks brand new. 70K on the clock. Newer cars will never have the nostalgia older cars have. Timeless. That blue Supravis nice. Got 2 of them around my hood. Did your son do all his homework?(lol)

Dave, nice coverage! I almost threw up when I drove past the event as it was unfolding. Then again when I saw these pics, especially that BMW 6-series. I bought an '85 635 CSi about 2 years ago and was planning on displaying it at this event. Unfortunately, I have had a number of set-backs and the car is STILL in the damn shop. There's always next year!!!

Just need to keep him away from distractions!

In contrast to me, at least my cars continue to get cooler with age. Found what interested your son very amusing. So similar to my boys.

Kids are great are they not? I thought it was pretty interesting too. He likes cars with Kanji symbols on them because of Ninjago!

I do it for the ridaz

“These cars were designed to stand out, and clearly still do. Especially when compared to the CUV marshmallows he’s more accustomed to seeing.” Truer words have never been spoken. There’s nothing like growing up in the 90s; I feel sorry for my kids, when I watch cartoons now and movies. Nothing is like it was then. Makes me love my 85 Buick regal coupe and want to find a Wagoneer to restore as a daily even more…. 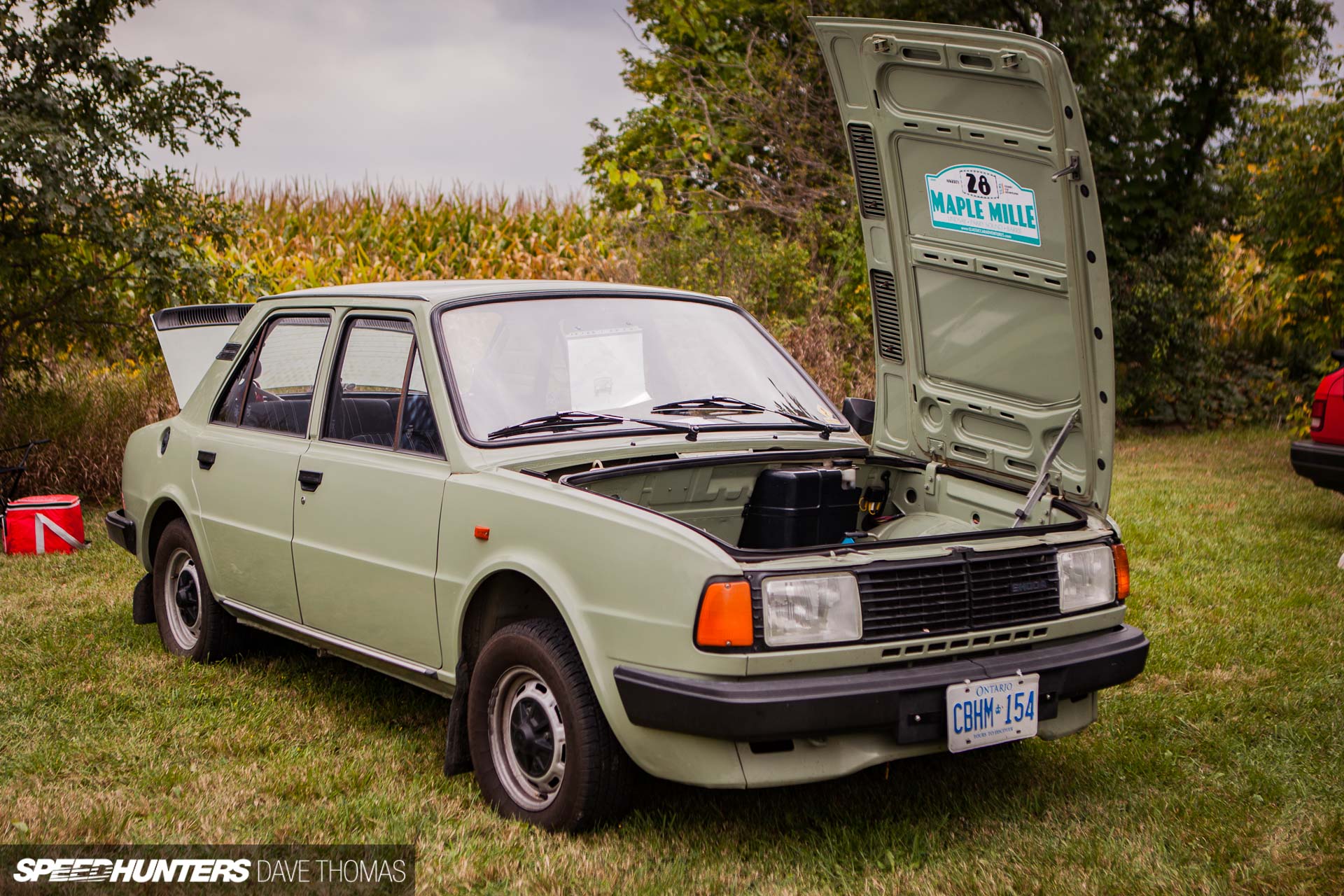 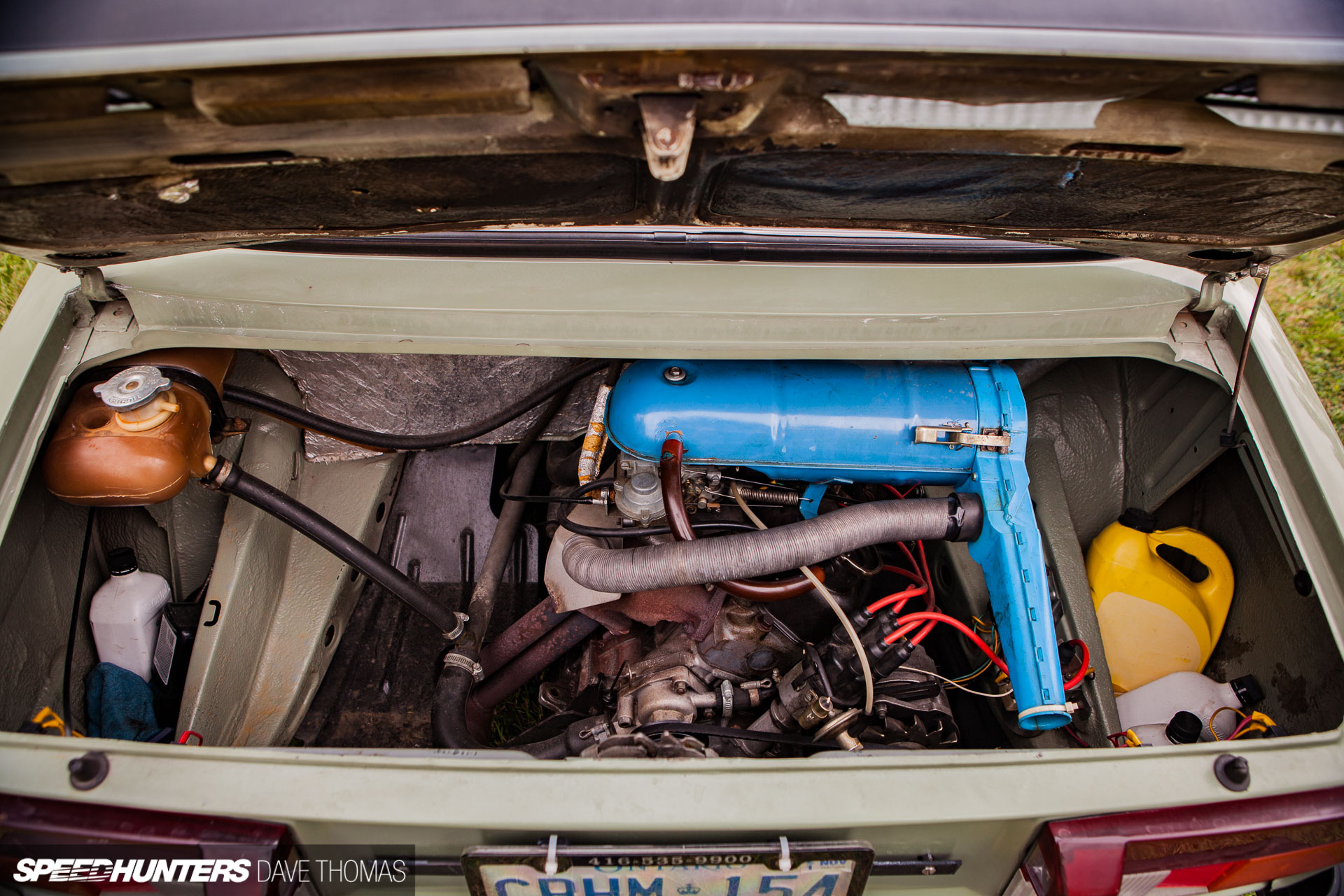