SHARE Life In The Slow Lane Isn’t So Bad

Sometimes, just sometimes, it’s nice to enjoy a change of pace. That’s probably not the opening line you would want to read on Speedhunters, but let me explain…

I don’t know where you live, but in most places these days it’s getting more and more difficult to truly be able to enjoy a car outside of a track environment. It’s not just the ever-increasing number of road users fighting for the same amount of space that there’s always been, but the increasing sophistication levels of modern speed-detecting equipment.

Whether it’s average speed cameras or new laser guns, our road policing units have been armed with (which can detect you from over a half-mile away), some of the joy in stretching a car’s legs has been replaced with a certain amount of anxiety due to being in a constant state of hyper vigilance.

It probably doesn’t help that most modern performance cars are probably a bit too powerful for their own good, either. When a new hatchback can outrun a ’90s supercar, maybe it’s time we rethink things. That’s a discussion for another day, though…

Maybe these things haven’t reached where you live just yet, but they probably will. Enjoy your cars, responsibly, while you can.

While this will almost certainly come as a shock to some, there are ways to enjoy cars other than flat-out, maximum attack driving.

Alan Dufficy’s 1993 Datsun Sunny Long Body had 69hp when it left the factory. Nissan’s humble 1.2-litre A12 might not produce the sort of power figures we’ve come to expect around these parts, but it is reliable. The latter is a quality I don’t think we celebrate often enough.

After having spent the better part of a decade living in the United States, Alan and his wife planned their return to Ireland, part of which involved starting an auto body business. For that, Alan would need a promotional vehicle and workhorse.

Inspired by America’s love for the pickup truck, Alan’s search ultimately turned to Japan for a clean Sunny.

Purchasing a car sight unseen over the internet brings a certain amount of risk with it, but what turned up in Ireland was an immaculate example of a stock Sunny Long Body (B122). So clean in fact, that Alan had reservations about cutting the body to fit the 09 Racing Japan flares. “They’re known for rust but only one rear corner had ever been painted, and the rest was original,” he told me.

As you can see though, Alan’s reservations were short lived.

Alan briefly considered a Hakotora conversion, but aside from preferring the original round-light front, replacing the original steel front fenders for fibreglass ones was a step too far. A Mazda rotary engine swap was also once on the cards, but having lived with the truck for this long, Alan’s grown fond of the small capacity A12 and all of the adventures that it’s taken him on without missing a beat.

Make no mistake, this isn’t a show queen – it’s driven and used regularly as intended. In fact, Alan and his wife took a slight detour on a cross-country road trip just to accommodate this shoot.

There’s distinct shakotan vibes from the Sunny; the external front-mount oil cooler, flares, ride height and wheels all bring authenticity to the build.

The wheels are almost certainly the most important part of the puzzle, and for these Alan turned to Pine Engineering in New Zealand to re-barrel a set of Keystone Target Racing TR02s with more aggressive widths and offsets. The fronts now measure 14×8.5-inch -17 with 195/45R14 tyres, while the rears run wider at 14×9.5-inch -27 with 225/40s.

Alan was also keen to point out that the Bprojects Japan roll centre adjusters are a vital part of running a Sunny truck low. “Small part, big difference,” he said.

The engine bay has been stripped as much as possible with the air conditioning being removed and the battery being relocated behind the passenger seat. The air filter is from a Volkswagen Beetle, which has been modified to fit the factory carburettor. A custom exhaust from BS Exhaust was shortened due to the rear axle and bag setup.

The interior is simple but tasteful. 09 Racing Japan seats with TAKATA Racing harnesses have been added, while the wooden Momo shift knob that came with the truck from Japan was retained. The Air Lift Performance controller is mounted neatly under the dash.

It’s a simple vehicle, which I can’t help but have total admiration for. Alan obviously had decisions to make along the way, and while I don’t think it would have been bad if he had chosen the rotary and Hakotora route, I really think that this is the best possible version he could have created.

There’s something very easy going about it, which matches both the truck’s usage and Alan’s friendly demeanour.

Ultimately, it’s for any owner to decide their project’s fate and for us to learn to appreciate and understand the path chosen. I love a rowdy build as much as the next person, but it’s nice sometimes not to have to talk about horsepower figures and lap times, particularly in a non-competitive environment. If anything, taking it slow on occasion helps you to enjoy the speed even more.

That change of pace is so often overlooked. When I think back to some of my favourite driving memories, they rarely involve being flat-out, but rather cruising somewhere with friends.

You don’t need 600hp to enjoy driving; sometimes 69hp will do just fine. 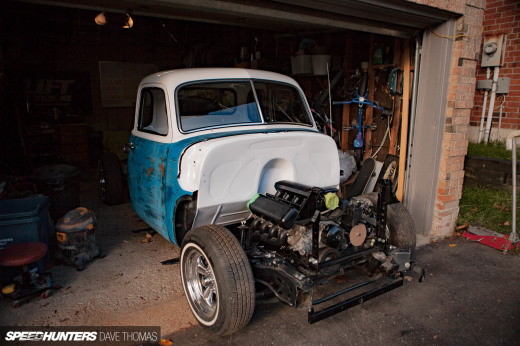 Love Sunny's so much! Just a shame I can't fit in one..

Everything but that poser oil cooler, you can't say something is reliable when a bush can kill it at 5mph.

Great to see a build that's not all about horsepower that can rarely, if ever, be fully used!

Looks cool but that wheel size for the power is just stupid.

Why? You should visit Ireland and rate our potholes

I love everything about this.

especially the power figure, it is very NICE.

Fantastic vehicle and feature! Absolutely love this build. It doesn't need to be fast to be cool and full of character

The bucket seats and harness are way too much; i can imagine it with 3 seats bench instead.
Fighting a 69hp is always better than pampering a ridiculous hp level at cruising speed.

Been a long time since I was this jealous, looks really awesome!

Why would you change a power output of 69 anyway?

I live older low powered cars. Go flat out 99% of the time and still stay within the law. On the subject of modern cars I totally agree. I used to be a vw mechanic and everyone used to bang on about how great the mk7 golf r was with 300bhp and 4wd. But I found it utterly boring and uninspiring to drive mostly due to the fact you can't use the performance on the road

Hey Paddy excuse me if you can you can attach me in response to this comment the photo of the hydraulic suspension system with tanks, because I didn't understand where it was placed, thank you.

It's photo #32, but it's an air suspension system not a hydraulic one.

Ok sh*t it's true, i'm so sorry for that mistake.

No problem at all

Hey sorry but in Italy there is any Speedhunter?

Not at the moment.

I get the styling and creativity of such build. I understand & respect both builder and the owner, for I am a car enthusiast myself.

However, a 69hp engine wouldn't require an oil cooler. Even if required, such position is very vulnerable to puncture/damage in event of frontal collision. The very least, please install a wire-mesh guard over it.

Wait, is the cooler a non-functional unit?

It's part of the shakotan style the owner is replicating.

Love this! Totally agree it's too difficult to really stretch a car's legs on public roads. My 90hp Mustang is a pleasure to drive, runs and drives great and looks good. Even gets 12 l/100 and drinks 89 octane

Wise words. Although I did use it on the track, my best memory was limping my relatively stock Honda civic home after a trackday.

Amen to that! I love buzzing along in my 28bhp 545cc 2 cylinder 1985 Honda acty. It sits comfortably at 55mph on the big A roads but the most fun is knocking it quickly through the 4 gears up to 40mph around town. Good fun and smile inducing. 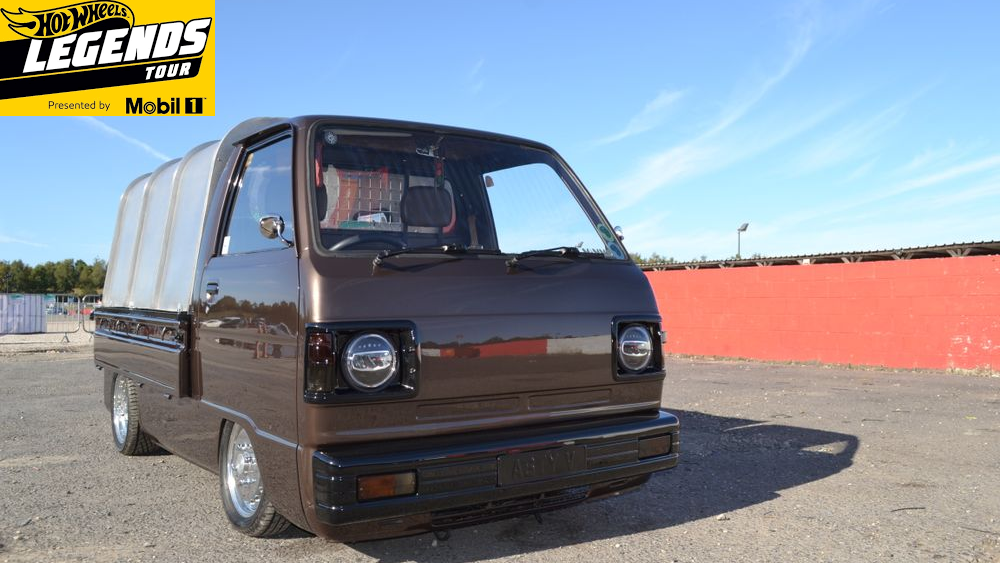