Final Bout Special Stage Northwest could not have come at a better time. It was great to get out and shoot at an actual track again after a long spell of very little action photography-wise. Even better, there were tons of familiar faces at the event, and it reminded me why I love drifting so much in the first place.

I briefly touched on the the glaringly obvious obstacles that Final Bout overcame to make this rescheduled event a reality in my preview story from the pits at PARC, and this is just one more reason that I love shooting these maniacs hurling their cars sideways at 60mph, only feet from each other: Drifting is inevitable.

Each of the parts are quite exciting individually, but for the sake of simplicity let’s just point out the obvious – the cars, the engines, the style, the driving, the people. And yet somehow, that trite expression holds so true; the whole is so much greater than the sum of the parts. The relationship between these aspects is what keeps everyone coming out time and time again to see the ‘same’ thing unfold.

It didn’t seem like it was all that long ago when Sara and I drove up from California in 2018 and hoodwinked Chris Egger — the owner of Pat’s Acres Racing Complex — into letting us host a small private day at the track to feature a handful of the coolest drift cars in the Northwest. “That was like three paint jobs ago!” Danner pointed out. Wearing primer back then, his Lexus IS has most recently been reborn in gold. A good look, I’d say.

Another familiar face was that of Angry Earl and his wild FD3S. If you’ve been around here a few years, you’ll probably remember his feature on the site and the ensuing chaos in the comments after I mentioned titanium valve springs, ball-bearing turbos and other F&F bits in conjunction with this still-rotary-powered RX-7. Earl is a staple of West Coast drifting in my mind, having been doing so much longer than I’ve owned a camera I actually knew how to use.

Kayla was also out at our private PARC day a few years back, and it’s awesome to see how much her driving and her car have progressed since then. At the time she’d only been drifting for a couple years, and now in 2021 it’s obvious in her driving how comfortable Kayla is at her home track.

Together with Jessica’s Maziora Silvia and Nicole’s hot-pink S14 behind it, the trio formed Final Bout’s first all-ladies team.

The Cars, The Style, The Driving

Before the drivers hit the track for their judged runs, the crowd was released to get up close to all of the cars and wander around on the cold track. PARC is awesome in that the paddock is completely open and easily accessible to everyone who gets a ticket through the front gate, but it’s always a nice experience to get out on the tarmac.

I’m sure there were plenty of impressionable young kids at the event who will remember getting up close to these usually howling and screaming drift cars in a dormant state for years to come.

The track itself is awesome as well, both to drive thanks to the variety of tight turns and long sweepers on the purpose-built kart track – which was recently entirely repaved and widened in certain areas to improve the drifting experience – as well as to shoot thanks to being nestled within the winding Pudding River that feeds massive foliage surrounding the run-off areas. It’s definitely one of my favorite places to shoot, even if the uncharacteristically hot, harsh and cloud-less Pacific Northwest sky didn’t provide the most ideal of light on this occasion.

Speaking of NW tracks, it’s a travesty that I haven’t made it out to Villains Sportsland yet. These guys managed to build replica of Meihan Sportsland in in Walla Walla, Washington and they host a few events every year. This is just yet another example of how drifting can take over your life.

It’s clear that the drivers, the organizers and plenty in the crowd just live and breathe drifting. It’s an all-consuming endeavor, and as much as it doesn’t make sense to some, it makes all the sense in the world to those involved. The life-long connections forged between drivers extend well beyond the track. Over time, instead of ‘going drifting’ being an isolated event in itself, life just seems to become one big drift event with downtime in between the driving part.

Be it a weekend wrenching and cursing in the garage with your friends, a long drive after work to go pick up parts across the state, countless nights (and zip-ties) spent fixing bodywork, or a hot weekend at the track behind the wheel, it’s all about drifting in one way or another. Drifting is as much a means to an end as it is the end itself.

It’s been a hard past year-and-a-half or so for a lot of people, so remember to check in on your friends. And take them to a drift event. Thanks to Final Bout, all of the drivers, and for everyone else who came out to make Special Stage Northwest what it was.

I hope we can all do it again soon.

Why Do You Persist?
ADVERTISEMENT 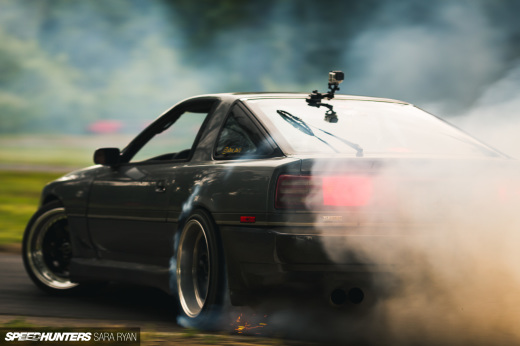 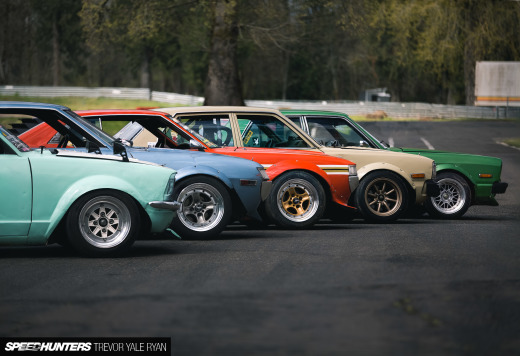 Looks as solid an event as ever! Great to see an all women's team out too.

It's so refreshing to see so many drift cars with out the gaudy livery and stickered into oblivion. They look sharp.

Would you do a story about this car ?
https://www.instagram.com/omgnicoley/