In the German-themed Tokyo Coffee & Cars event coverage I posted late last year, I touched on the fact that there had been a British-themed meet a couple of months prior. “Did you want to see pics from that,” I asked, to which many people in the comments section and on Instagram replied ‘yes’.

I diligently added it to my to-do list, and here we finally are. Better late than never, I guess!

This was the very first event that Octane Japan, Ralph Lauren, and a local events company put together, so no one really knew how it would turn out.

But from early on in the morning, it became obvious that this was going to be one of the biggest gatherings of classics – and more modern machinery – we have seen in Tokyo this side of the Mille Miglia event.

The third event, which was Italian-themed happened last weekend, so this post will serve as a nice scene-setter for that coverage.

Japanese people love English cars. They love everything of course, but anything from the UK is sure to attract a large following, something you might have seen from my previous Lotus Day Japan coverage, which was nothing short of massive.

And speaking of Lotus, this Evora 410 was my drive car for the weekend, thanks to the guys at Lotus Japan. They had kindly suggested that it would be sacrilegious for me to show up at this event in anything not from Blighty, so I picked it up and thoroughly enjoyed the Evora 410’s ferocious performance for a couple of days. I really should grab it again for a feature, as it was something very special.

The purpose of this post is to simply serve up some nice visuals for you, so I will keep my commentary to a minimum.

Scroll through the galleries below and enjoy the incredible variety of British (and other) metal that showed up on the warm autumn Sunday morning.

Unsurprisingly, of all the British marques represented at the event, Lotus was the dominant brand. There was a nice mix of new and old models too.

Do you guys remember the TVR Sagaris?

Absolutely stunning is the only way to describe this Aston Martin DB6.

This particular car was built by the Italian coach builder Superleggera.

Rather fittingly, a new DBS Superleggera was parked a few cars up. This car has so much presence.

And this DB7 shows how far Aston Martin design has come in the last 20-plus years.

Along with the gigantic Rolls-Royce pictured near the beginning of the post, this Lagonda was the one of the oldest cars at the gathering.

As the license place shows it was built in 1924, making it nearly 100 years old. That’s pretty amazing if you stop and think about it for a second.

Mention Gordon Murray today and his new T.50 – and the Niki Lauda race version of it – is what will likely come up in conversation. But once upon a time – 1991 to be precise – Murray was also behind another car brand called Light Car Company, or LCC for short. As the name suggests, the focus was making very light cars, well, only one actually: the Rocket, as pictured above. They only made 55 of these in the seven years the company was operational, and it must have been a fun drive given it weighed just 385kg and had 150hp from a Yamaha bike engine. Japan never disappoints when it comes to ultra-rare cars.

Not even an hour in, the main parking area had completely filled up. Anyone who turned up now had to use the Prince Hotel’s additional parking lots. Wanting to see what was there, I headed over for a look.

Other brands of cars had constantly been arriving and there were some proper gems in the mix.

This is Japan after all.

Here’s some air-cooled love – with a hot rod intruder.

So much Alfa Romeo awesomeness in one place. I certainly wasn’t complaining.

And some Porsches to balance things out.

This Mazda Cosmo Sport was a bit of a surprise sighting, and also a reminder that when choosing wheels for your classic you should probably keep the diameter close to stock.

I’ll end things here, not with something British, but the rarest of the rare when it comes to Japanese cars, a clean but very well used Toyota 2000GT. Stay tuned for Tokyo Coffee & Cars: The Italian Edition.

Japan never disappoints when it comes to ultra-rare cars.

You forgot to add in that these cars get driven regularly, not cooped up in some air-conditioned garage as "investment" pieces.

Well some do, some don't like everywhere. But I'd say generally yes, they go get taken out quite often.

was expecting a few defenders, were there any at the meet?

Only the new one, LR had a little display there. Don't think I even took a picture of it, looked out of place lol

Dino, this article was a long time coming, but there are some stunning machines captured here. Thank you for your efforts and Happy Easter!

Thanks Felix, same to you mate!

what is the bronze cabriolet next to the evora?

Yep, an Alvis. I've seen a few of these in Japan, first spot was at the Marronnier Run years back. That's an event I miss doing! Damn you COVID!

That looks more like a DB4 actually - the coach builder is Touring, Superleggera is the construction technique they used and popularised (formed panels over wire frame).

The coachbuilder's full name is "Carrozzeria Touring Superleggera" though.

Yeah in Italy we call it both

So many great cars, but none has pumped-fenders or wide body kit???

Thanks for the great photos, Dino. I can't wait for the Italian version of C & C.

Italian one was pretty awesome. Working on that this week for you guys!

Did the British ever make a great car?! They had some great looking cars. But they're NOT German!!!!! Thank God some Porsches showed up to "rescue" the British cars. How would they get home?(ha ha)

The ONLY British car I would EVER even consider buying is a McLaren. Other than that, if it ain't German, don't talk to me!" Porsche rules for life! Go Lewis! Grestest F1 driver of ALL TIME!

TWO WORLD WARS AND ONE WORLD CUP DO DA DO DA

british engineering did a good enough job at dresden

How can you say british machinery is bad? bloody kraut sympathisers I'd rather barely functioning mechanics and electrics than overly complicated german garbage.

The British has made some incredible cars. McLaren F1, Jaguar XJ220, Lotus Elise/Exige (this things run circles around Porsches despite their weaker performance), etc.

But of course, the criteria of what makes cars "great" is up to the interpretation of each individual.

This was a fun little exchange of messages. IMO British engineering has always been at the forefront idea wise, it was in the execution that they mostly struggled. Not to take away from any other European maker of course, they all had their own approaches to things. The point of these meets is to appreciate it all as it's so unique and diverse.

What you said! I didn't say British cars were "garbage!" Boy some people are WAY too sensitive. Porsche has been ranked number 1 on J.D. Power so many times, it is retarded! And look how many showed up at this show. I rest my case. Lighten up people...like I care.

too bad about the pandemic and travel restrictions, or else I'd be in japan soaking up the car scene too. never fails to amaze

another great piece! thanks Dino!!

Thanks! Hopefully we can put this all behind us sooner rather than later. I forgot what traveling felt like 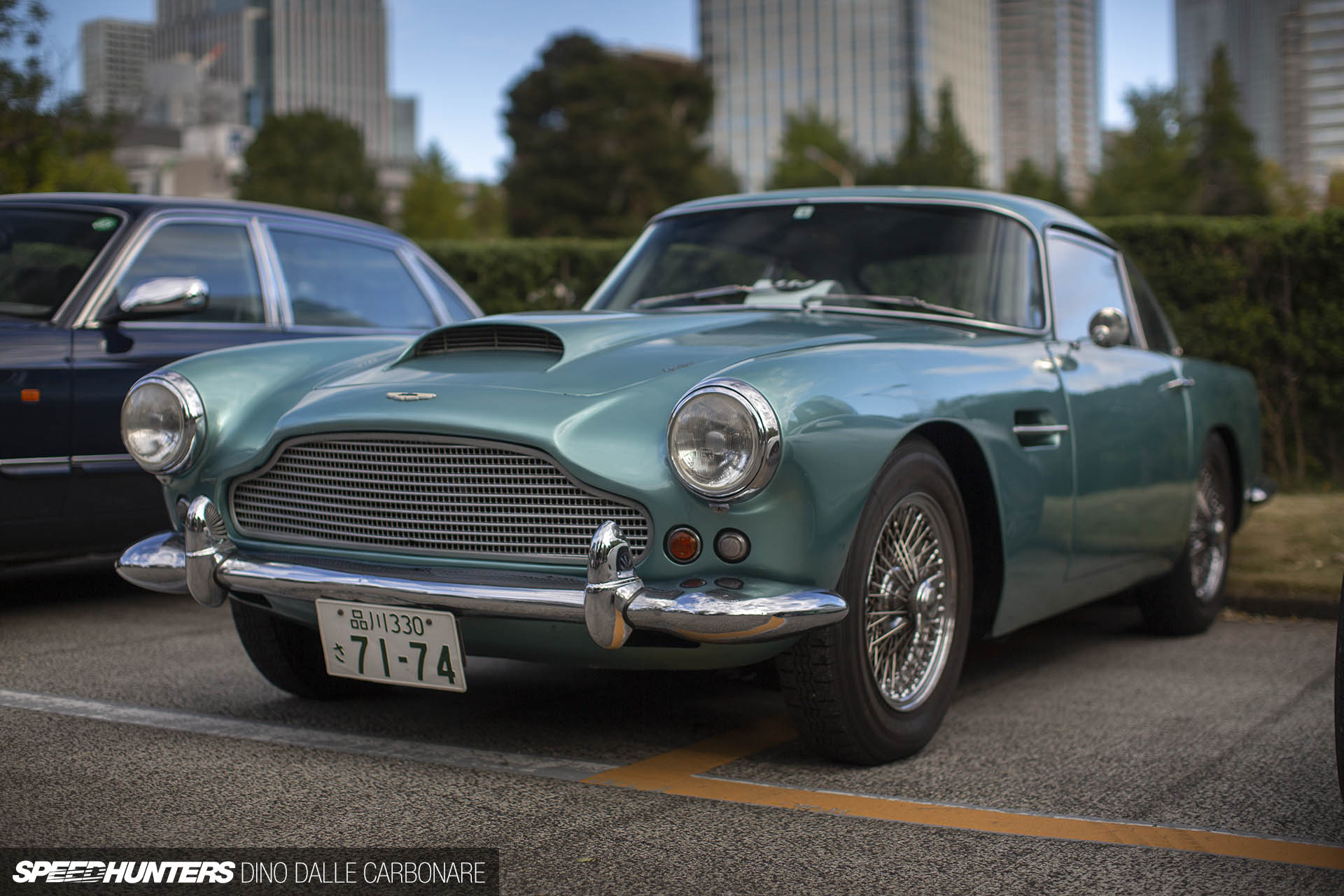 And built by Touring with the Superleggera process.

Just put that TVR Sagaris away. It just look odd especially next to DB4.

Great coverage of a cool event! Looking forward to the Italian edition. You should definitely do a feature on the Lotus you got to demo!

Ah, thanks Andrew. I will take this comment and forward it to the chaps at Lotus here and ask to re-borrow it again!

This made my morning! So many great cars, Japan never disappoints. Didn’t see any Minis while I scrolled through the images, were there any there Dino?

That e-type looks like it has an Ecurie Ecosse emblem on the side, and looks very much prepped for circuit use. Would be interesting to know more.

And Dino, you don’t need to ask if we want to see pictures from these events, we ALWAYS want to see these pictures!

I was about to say the same about the Minis.

Yeah there was one, but it was a Singer-type "re-imagined" Mini that the importer brought to display. Due to its position in the middle of the coffee area I never got a clear shot of it. Looked interesting but the price tag was plain nuts. Forget the name 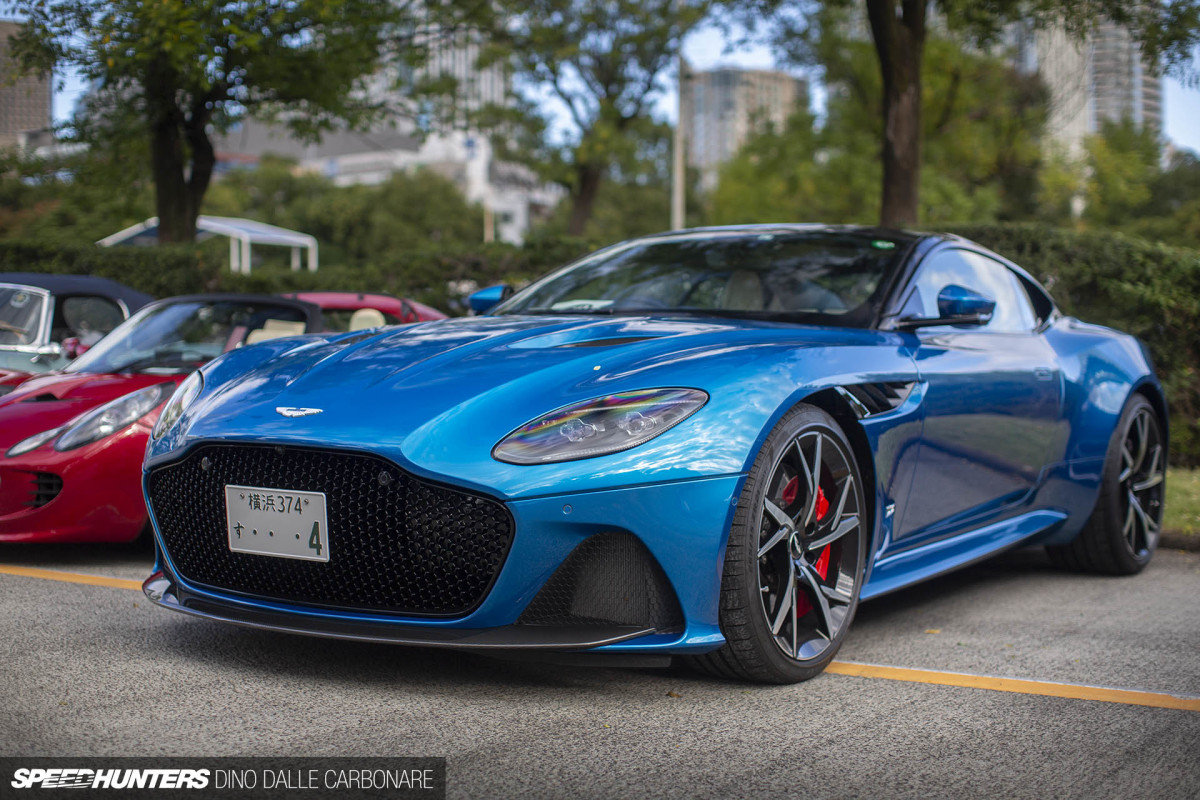 I love these cars. Need to sample one. Must be pretty scary with 700 or do horses!

Some random r32 in the event lol.Dino i hope u know that u r very lucky to be in an event like that with such rare cars like for exaple, the Sagaris, the jaguar E-type, those rare range rovers and the rarelotuses there, hell, even those old cars with theyre exposed engines. great article, THANKS DINO

No old Ginettas, aren't they all in Japan now?!

My real time work with facebook Im making over $2000 a month operating low maintenance. I continued hearing distinctive people divulge to me how an lousy lot cash they can make on line so I selected to research it. All topics considered, it become all legitimate and has without a doubt changed my life. For more statistics visit below site.....................http://www.career55.com