SHARE This Nismo CRS R34 GT-R Is No Garage Queen

This is no ordinary BNR34 Nissan Skyline GT-R – it’s a Nismo Clubman Race Spec (CRS), otherwise known as the most prestigious R34 GT-R variant outside a Z-Tune.

Given the values of even entry-level BNR34s in well-used condition these days, you might expect a Skyline of this stature to be safely tucked up in a climate-controlled garage. I’m sure there are plenty of investors out there that would be happy to do that with this CRS too, but it’s not going to happen. The owner has too much fun driving it on the chaotic streets of Indonesia, and at every local track day opportunity that arises.

While R34 Nismo Z-Tune was a limited run complete car, the Clubman Race Spec is a Nismo Omori Factory-designed retrofit conversion tailored specifically to each individual owner’s requirements. There’s a full menu of parts on offer, including a number borrowed from the Z-Tune, but not all of them need to be fitted to gain official CRS certification.

What is required? Patience and very deep pockets – and that’s on top of buying a suitable base car in the first place.

This particular car began life as V-Spec Nür II, which Omori Factory rebuilt from the ground up. That is, it was stripped right back to its bare bones, before having its chassis reinforced and being completely repainted in KAD Gunmetal.

No stone was left unturned during the conversion process; the engine, drivetrain, suspension, brakes, exterior and interior were all reworked.

In 2014, Dino took a close look at Omori Factory’s own CRS demo machine, and while this car is very similar to that one, there are a small number of differences in play.

Under the vented Nismo Z-Tune carbon fiber hood is complete R2 engine, but built around a GT500 RRR block – a real unicorn in the GT-R world. Although it says ‘RB26′, it’s actually a 2.8L engine, and one which I’m led to believe produces more power than any other that Nismo has ever released to the public. Non-CRS parts come in the form of an HKS blow-off valve and an Amuse Titan exhaust system for a little bit of aural enhancement.

I just mentioned the hood, but the entirety of the front end is also Z-Tune spec and all carbon – the bumper, lip and fenders. There’s also a carbon fibre rear diffuser, spoiler and spats, plus Nismo LED tail and signal lights. Nismo 18×10.5-inch LMGT4 wheels by RAYS are a given.

It’s a Nismo-fest inside the car too, but the owner saw fit to add a Mine’s steering wheels and an AEM air-fuel ratio gauge.

There are many high-horsepower R34 builds around the world, and while all of them are awesome, having something that offers an ultra-high level of performance but is still usable on a day-to-day basis is my preference. The Nismo CRS ticks that box and then some.

It’s not everyday you get to see a BNR34 on the street here in Indonesia, let alone a rare and highly sought after Clubman Race Spec, so it was really cool to spend some time with this one. Even better was seeing the car being enjoyed as it should.

Another great feature Rick. I knew my neighbouring country has a rather lit car scene. Keep 'em coming!

Given the circumstances, I believe that if you know the right people, there are plenty to offer in the archipelago

thank you! they're all just waiting to be discovered!

It seems that at some point, a lot of high- and higher-end cars began to be offered in some sort of "Club" or "Clubsport" spec. It usually served as the most expensive variant of said car. It was all very trendy.

Every time I hear the word "Club" attached to a car, I always picture haughty, arrogant aristocrats and other people drunk on how wonderful they were. People who wreck difficult-to-get limited editions of already-expensive cars not because they're constantly pushing limits on already-impressive driving skills, but because they lack the basic abilities appropriate for high-performance cars.

Why not the "I'm Better Than You" edition, explicitly spelled out and everything?

It's not the car I'm criticizing, just the name.

The name make sense when you're making a special variant of said car. "I'm Better Than You" would be a negative way of perceiving something special. Would you say someone who owns a GTR is a better than someone who just owns a GTT?

I see "Club" or "Clubsport" as a community of passionately car enthusiasts who wants to own the best version of a car. Which is awesome! it would be sad if people make rare cars no one would buy. It would give companies no reason to build something unique anymore.

The “I’m better than you” edition is aspirational... 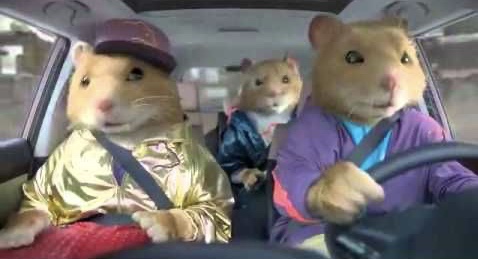 I chuckled a bit. Show them rides off!

He loves this car dearly and always enjoy driving it which is super sick!

Without taking anything away from a car that was built with a sheer amount of passion, one can’t help but notice the massive amount of mistakes and misinformation about the car (built at Nismo in Japan? 2.8l?)

Still, hats off to the owner for building something si nice despite all the challenge it would take, but come on Speedhunters, you can do better than that...

What would you say the mistake and misinformation? The car was built upon the owner's request. It is a 2.8L straight from Nismo Omori Factory.

That car is well known for having been built in Indonesia with some parts shipped from Japan. Great car, but was never built at Nismo from the ground up as stated in the article.

The build plaque of which there is a photo in the article is a fake and not something that Nismo puts on their cars. On the contrary I’m sure it misses the genuine Nismo plaque that every car with an engine and chassis refresh fitted at Omori Factory has riveted on the frame in the engine bay.

Again, great car, but it simply wasn’t built in Japan at Omori Factory and the article reports several incorrect information.

The whole chassis and entire built is done in Indonesia correct, but it has gone through inspection by Omori Factory themselves which gave the green light for certification. It is all been documented.

Again the engine is based on the R2 Fine Spec Edition with an optional GT500 block. You can google it. It's a 2.8L block.

Nismo Omori Factory inspected and “certified” a build done in Indonesia by a third party shop that they are not affiliated with?
Sorry, but this couldn’t be any more further from the truth. If you know Nismo Omori Factory you’ll know that they would never do anything like that, not even close. Also,there is not such a thing as a “certification” that Nismo issues for specific builds. Sorry, I’m not trying to be “that guy” - even though I’m aware it really looks like it - but all these info are absolutely wrong.

suite yourself, you're entitled to your own opinions on the matter. I'll respect that, but like I said everything is documented and the owner has all the paperwork to proof it's the real deal. That said every company not just Omori Factory, would do a customers request if you've got some silver tongue and deeeep pockets

Hi Rick,
Well, owning a CRS myself here in Tokyo I may know a thing or two about how the whole thing works, but hey, I’m definitely not here to arm-wrestle. Great photos, car and dedication, just a bit of misinformation.

Correct. R2 is a 2.6L and Nismo would defiantly not let a third party assemble a Nismo car. The build plate is a bit strange too saying CRS and Z-Tune and model 2003?

I had a chance to saw this car on the elite 2019, and I spent like an hour watching, checking the parts on the engine, taking lots of photos and staring on it lol even though there was another R34 GTR next to it

that car was something special too, hopefully one day I could really cover that hehe

What a great Godzilla, Rick.

Street-driving only warm-up the car abit. This Godzilla definitely needs to rip the track, and unleash its godly horsepower.

thanks! given that this car would do a road trip to the track. Perfect time to unleashed when it reaches there!

motive video on youtube actually has a really great in-depth look at certain differences between a lot of RB blocks. they come at it from the materials science perspective, thinking mainly about how these blocks would handle extra power, and from that point of view i think they conclude that rarity aside, the GT500 RRR block they had on hand didn't perform any better in their tests than a standard RB26 out of a base GTR. kinda interesting.

I saw that video too, very interesting as well. In 2013 Omori mentioned why they moved to GT500
https://www.nismo.co.jp/omori_factory/news_list/news_20131101.html