It feels a bit unfair writing a piece on Julio Losh’s car. We’ve been close friends since high school, and unlike the rest of my works, I’ve known the subject of this one since it drove off the boat in America.

I’ve developed my theories, likes, and dislikes about the car over the years. I’ve worked on it with my own hands (albeit not very much). I’ve seen it in almost every state. But this is an article about Julio and his Silvia, not my predispositions; although they are positive, they aren’t his.

The first time I saw Julio’s 1991 S13 Silvia Q’s, it wasn’t Julio’s. It was our mutual friend Aldo’s, but its turbo wasn’t spooling and it didn’t sound eager to perform. From ruined black original paint to the body roll you’d expect from a JDM auction car on the cheaper side, it was far from the dream you see now. A small deposit and the last few steps of a long road behind him, it was Julio’s.

Let’s go back to what led to this point, because no one buys a poorly-painted car with a broken, swapped engine without some sort of aspiration or hallucination. Fortunately, as far as I know, Julio’s reason was mostly the former.

As a youngster, Julio watching Initial D and playing car video games, and recreating his favorite cars in the gaming world eventually piqued an interest in trolling Craigslist for “JDM cars”. Julio didn’t know much about them, but something about how they looked and how they performed in media marked a point of no return.

Eventually, a black hatchback 240SX (of which I, unfortunately, don’t have any photos) entered Julio’s life. That car was short-lived due to a stint in the Mazda Miata world taking over, but some years later, a two-tone coupe would be his. His favorite body style, in the best version he could get in America – a single cam KA24DE, pop-up headlights, and a spin turn e-brake button were enough to start making the dream a reality.

In another part of Washington, Aldo was starting to import vehicles, making connections, learning the systems, and eventually pulling the trigger on an affordable choice. When his Silvia finally arrived in the US, we promptly went to take a look.

I think it might’ve been the first right-hand drive vehicle I was able to look at in-depth. It was fascinating for me, but for Julio, it was a chance at his dream. He offered to buy it almost immediately, and after a couple of weeks of negotiation and planning, he was driving it home.

Julio quickly started to modify the typical stuff: coilovers, steering knuckles, a welded diff, wheels, tires -you know, the things most people do to drift successfully. But the cars Julio saw on Initial D, in games and countless YouTube videos didn’t just have the bare minimum, and there was no way he was stopping there. Enter the T28 turbo, a PBM intercooler to keep things cool, Esqueleto Type-1 bucket seats, and a little dash of flair to ensure it looked the part.

Realizing he now owned a JDM vehicle, parts-hoarding was just part of the game. So, on the hunt Julio went, amassing piles of headlights, bumpers, wheels, and tires over the years – because it’s just a matter of time before something gets destroyed, right?

Well, with that thought process came the idea of learning to paint. It started with spraying a lip on his Miata, but the idea soon blossomed into painting an entire car. With some supplies from an automotive refinishing shop nearby and a Harbor Freight Tools paint gun, he was ready. Eventually, the rippled, scratched, and desiccated paint had to go.

First, we see a light pink, almost white, but it’s pink, I promise. This one was technically a failed attempt at a slightly different color, but I personally still liked it. I also enjoyed the people asking if Julio was ‘the guy with the white 240?’ to which I always responded, “Mmm, yes, that’s him.”

With a newly-painted car came new exterior mods, which means aftermarket lips, side skirts, and some ridiculous clear tail lights that Julio somehow still has on the car to this day.

Eventually, as can only be expected, the car was damaged while drifting. So a new paint job was on the horizon, this time darker pink.

This time the color came out as expected, so Julio rewarded himself with a B-Wave front bumper

Significant crash #2 (I think) comes next, which meant substantial paint job #3, this time bright yellow, but something a bit different.

You see, Julio likes Lego, specifically Star Wars Lego, which naturally means his interest branched out to Star Wars in general. With a weird appreciation for the prequels, the Naboo N-1 Starfighters – those yellow ones – became a quick favorite. N-1 Starfighters have a stainless steel nose (or stainless space material from a galaxy far, far away…), so Julio’s yellow car couldn’t be 100% yellow, but instead, a dash of silver in the front. Oh, and let’s throw some flames on the hood, and Veilside side skirts/spats for good measure.

As the trend would dictate, another crash was coming, and it did. Significant crash #3 necessitated a new paint job, but this time it was too soon for a full paint job, so the front end was painted to match the car. As anyone would expect, the headlights were painted as well.

Julio usually elects to drive to events. I’d like to clarify that Julio owns a large truck and could easily tow his car, but he prefers to drive his extremely yellow 1991 Silvia Q’s with a K’s engine swap, bigger turbo, and heavy modifications everywhere he can. He’s built a dream car that stemmed from Japanese drifting history and media, and it’s not even close to its final form. A fulfilled dream only inspires more; a complete vehicle only leaves the lust for a new direction.

And a love like this doesn’t falter easily. So whether he takes his magical SR20DET that doesn’t want to die (knock on wood) to Dick’s Drive-in, or from Seattle to Thunderhill Raceway in California, the car, or better stated, the dream gets him there.

Crashing is part of the learning process... as long as you don't crash for the same reason twice.

Thud Thud,
Who’s there?
Police!
Police Who?
Police open the fkn borders so we can go back to the holy land!

shit, this car is gorgeous. Although, I have a (probably stupid) question: how TF does he drive at night with the headlights painted over? Does the light still shine through the paint to give it enough of a glare to light the road directly in front of him?

Thanks for the kind words! Not a sliver of light shines through lol. I can't drive at night. I have to swap my headlights if i really need to drive in the dark, a big pain haha.

Lmao I'm cracking up right now that's hilarious but that's some real commitment to the style.

Drifting with a Crocs sure will lead to "significant crash".
Jokes asides, I really like how it's a car for learning/mastering drift with complete body and paint and not a typical drift missile resembling a chameleon more than car.

Epic to see Julio's 240 on Speedhunters! Nice write up Michael. Does this mean where gonna get a article on Quint's 86 too?

If I can get good enough shots, I would like to hope so!

*majestic vocalizing* The gods have given us a Silvia, FINALLY for once.It looks so simple but cool at the same time. I know that usually, yellow or red are stock/JDM colors but I honestly think it looks better with that low magenta color.

Ooh, good catch. my brain always thinks engines are named the way Toyota engines were named. So I make that mistake a lot. Thanks!

This is dope af

Love to see it! Wholeo is one of my favorite YouTubers. Stoked to see the article on speedhunters. I was expecting a wheelie photo on the post!

To be fair, most of these photos were pre-juliospendinghisentiresavingsonbikes

Damn i cant beleive i didnt think about sneaking that in.

Looks like the japanese originated emojis don't work in this japanese article :/

(/≧▽≦)/ This is what you meant?
Yellow cars are always a big yes.

if he painted the headlights can he use them or did the paint completely cover them and?

They are useless hahahahah 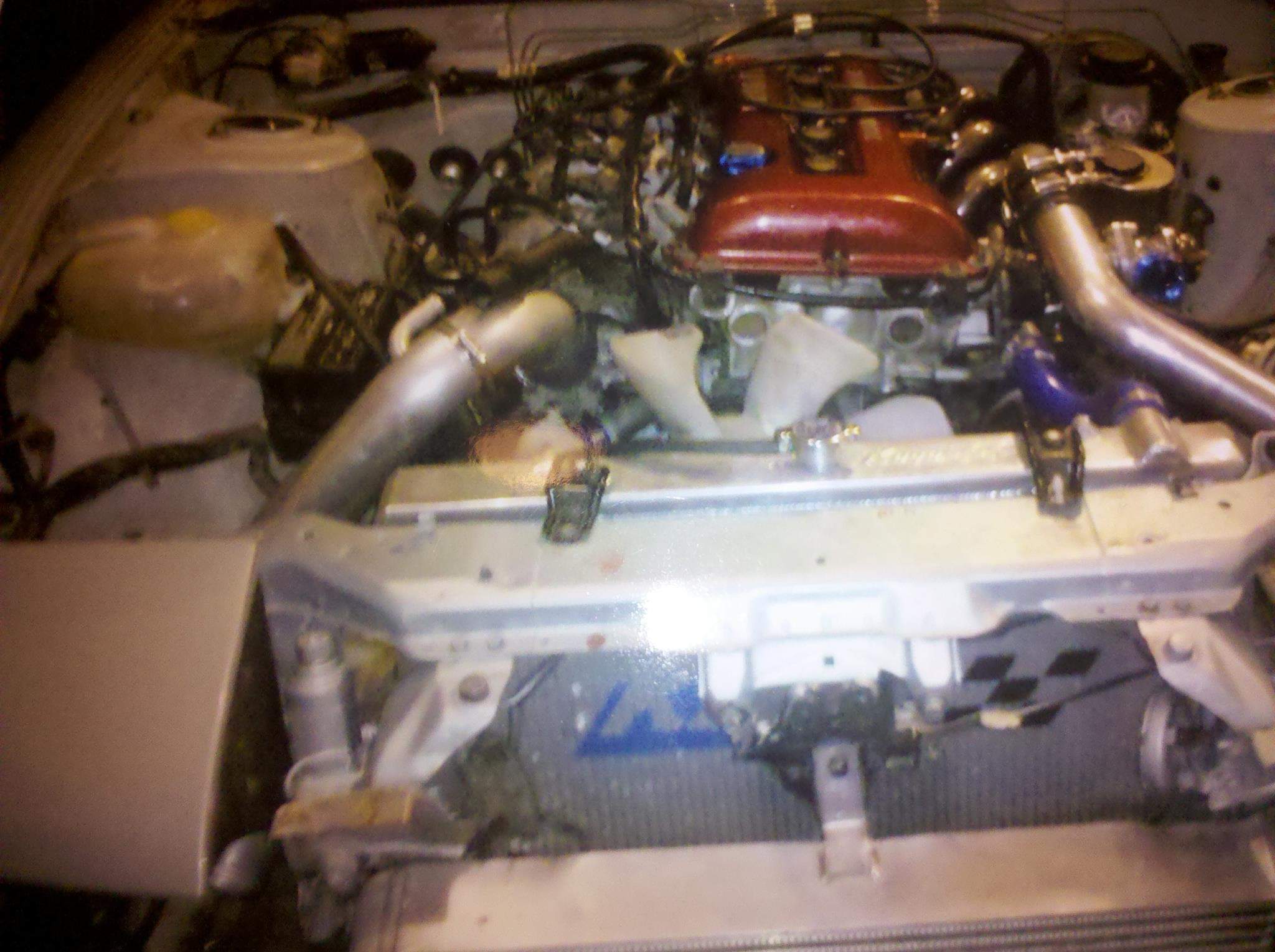 Miss em so dam much 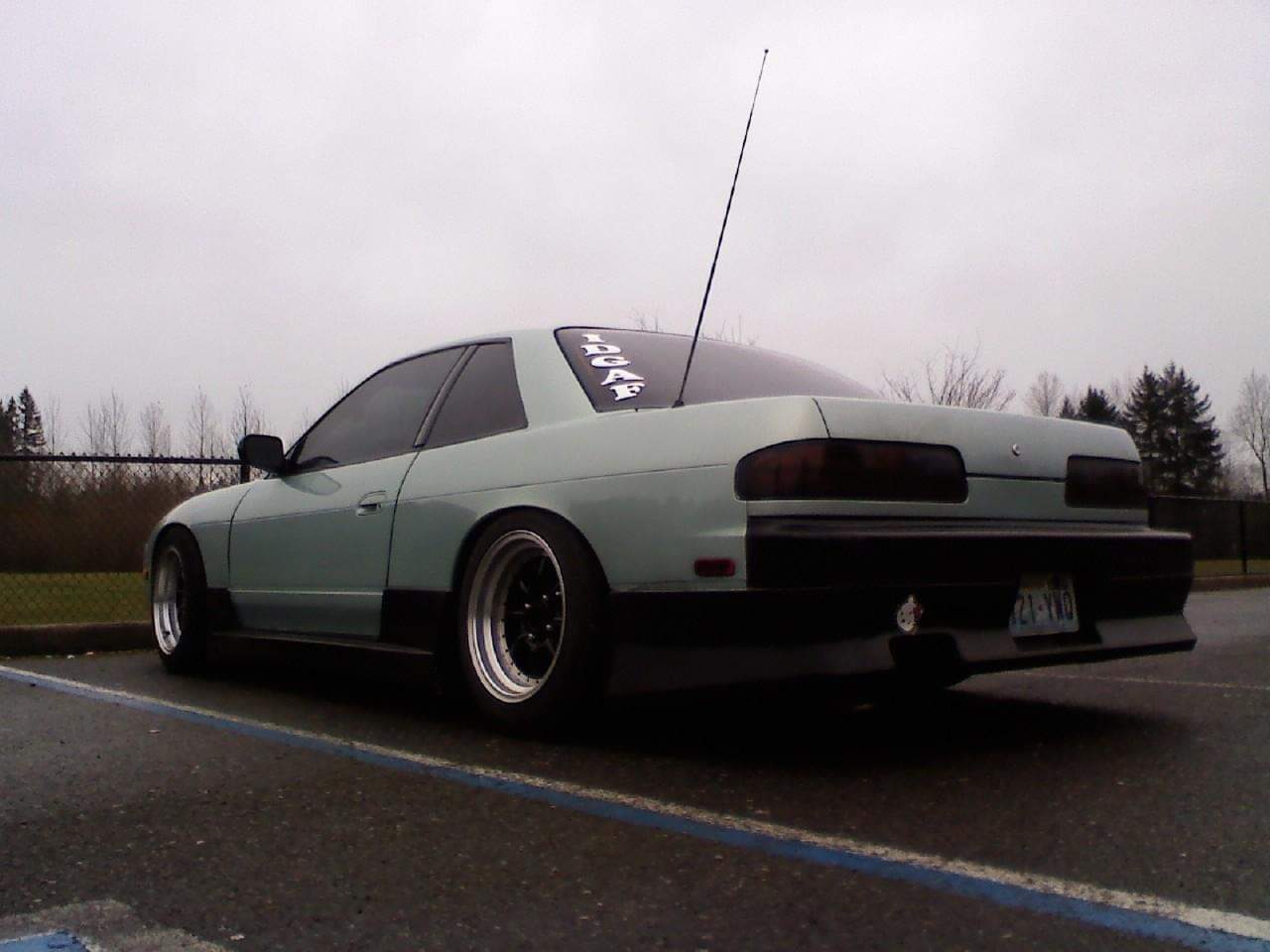 Anti-yellow PSA: Please (safely) crash this banana again, to get the next paint job please. Maybe go for all cheap carbon, no paint. Or any other star wars livery. Keep drifting fun, yeah, but also keep it tasteful, since the tastiest part of the banana is the white insides. Otherwise drink pee amd sunflower petals and enjoy being dumb.

On a serious note: refreshing "development" article, well done, fun read, thumbs up and all that

From now on i'm only painting it different shades of yellow. I'll slowly work my way down to brown when she's fully rotten.

Wade's right, it's a different car. however, if you're referring to the "DE" mistake. I always make that mistake with Nissans. I have a Toyota myself, and I'm used to differentiating "1JZ-GE" and "1JZ-GTE". So my brain always assumes that if it has a turbo, you just add a T.

Probably should have kept reading as it's not even the same car.

Forget the body. I would have dumped every red cent into mechanical except one seat.

I wonder how the folks at Nissan feel about cancelling the 180/240/Sylvia line, knowing that people are still coveting these silly little cars and ignoring things like the Murano Crosscabriolet? The Nissan of the 90s was just too good to be true.

They keep kind of secretly hinting at the idea of an S16. Hopefully one day it'll come.