SHARE A Tough 911 RSR Homage On The Streets Of Japan

When life throws lemons at you all year – as 2020 did – I say, make lemonade. In my case, it was shooting a zesty Porsche 911 Carrera.

The 911 is owned by Yamanouchi-san, who I met at the Exciting Porsche event back in November. After connecting on Instagram, we arranged a shoot for the very next Sunday, but it soon transpired that Yamanouchi-san lived three and a half hours away by train. Luckily, all my family are thousands of miles away, so I had no obligation to sit around eating mountains of fruit mince pies and turkey sandwiches. I had time to kill and the worst year in modern history to make up for.

Being picked up at the train station in a 911 is a great way to start any day, and even better when that 911 is bright yellow, wide as a bus, and noisy as hell. Yamanouchi-san’s Porsche is properly angry, but at the same time welcomed me with a joyful playfulness that made me smile.

Getting myself and my bags into the car was a two-man job. Yamanouchi-san kindly put the Sparco bucket seat forward and I squeezed my camera bag in through the roll cage, before I climbed in. The door closed with a hard yet purposeful thud and I clocked the Perspex windows, leather window holders, door release strap, and the custom Alcantara door cards. The bare metal floor and roof made it very yellow inside and the noise from the grumbling engine behind me was deafening.

Growing up, Yamanouchi-san lusted after the 911 Carrera RSR 3.0, the Group 4 factory-built homologation race cars designed to dominate on tracks around the world. If you had a race team, loads of money and a desire to win, an RSR was the car to run.

It’s taken three years to create this beast, starting with a 1980 911 3.0 SC as a base. Yamanouchi-san’s plan was to build a homage to the RSR track cars, and the work was entrusted to Watahiki-san, owner and panel worker at Watahiki Custom Build & Restoration in Mito, Ibaraki Prefecture.

At Watahiki-san’s shop, the car was stripped down to the shell, the rear arches were trimmed, and custom all aluminum front and rear arches and an aluminum front bumper were fabricated. The shell was then resprayed in the eye-catching albeit rather uninspiringly named Porsche colour, ‘Light Yellow’.

The whale tail and other bits where kindly donated from a rather worse-for-wear 911 found rotting away in a garden. The original RSR cars used thinner sheet metal to keep weight down to just 900kg, and Yamanouchi-san tells me his plan is to replace all the body panels with aluminum some time in the future.

We headed off to the site of Mito Castle, or what remains of it. The front and rear reinforced torsion bars and BILSTEIN racing dampers made the journey there about as comfortable as a sitting on a bag of nails in a donkey cart in Albania, but 911 times more enjoyable. This is no garage queen – it was built for the track, just like the RSR cars that inspired it.

Surprisingly, there’s only 230PS banging out of the naturally aspirated 3.0L Super Carrera engine, but, mated to the Porsche 915 Porsche synchro gear box, and with the car weighing only 1,050kg, it means power comes on hard and faster than you can say ‘needs a turbo’.

The twin fill points on the bonnet are dummies for now, but ready to accept a race bladder if and when the time comes. Meanwhile, the drilled alloy door handles are custom items from the USA, and illuminating the road ahead are black Rennline LED headlights.

For wheels, Yamanouchi-san has gone with two different designs custom-painted the same bronze colour. Up front are 16×11-inch Panasports, while giant 18×13-inch Work Meister M1s fill out the rear.

During the shoot we made a quick stop at the aforementioned birthplace of this creation – Watahiki-san’s custom shop (I’ll tell you about that next time).

As we wound our way through Mito city and into the suburbs, even at low RPM the 911 threatened to kick its tail end out at every corner, although cold tyres were probably not helping, I’d love to be passenger at Tsukuba Circuit in this thing one day…

After spending a few hours with Yamanouchi-san and his RSR homage, it’s clear that this thing is rough and ready, no nonsense, direct, and belongs on the track.

So, when it’s pottering around town on a photoshoot, I can’t help but feel like the car was a bit annoyed with us for not getting a proper run. Even so, I headed home from Mito feeling like 2020 was not a complete write off.

It looks great, although the bumper could match the height of the side skirts.

I think that's a 911 rsr thing and was intentional. The original racecars are also like this.

Just to add, I think the front bumper's opening should be made wider. The current one is rather narrow. Maybe its visual illusion caused by the wider stance in the front.

I wouldn't mind at all owning a lemon car, esp. this lemon RSR.

Nice Porsche and wonderful photos, I love how that bright color of yellow contrast with the traditional architecture. RSR is supposed to be kind of aggressive (I guess) but it looks somehow elegant in that kind of background.

It's late, I'm seeing things, there are no side skirts.

How embarrassing, I can't even comment properly on another person's car.

All is forgiven, side skirts possibly absent for quick access to Jack points on track?

I think 911s need wide fenders, but this thing looks like a dually pickup.

Any plans for the in-cab wires? Love the interior, specially the foot well, but too much "exposed" wires.

Love how wild this car is. I really miss Japan. The octopus in this shot is just fantastic. 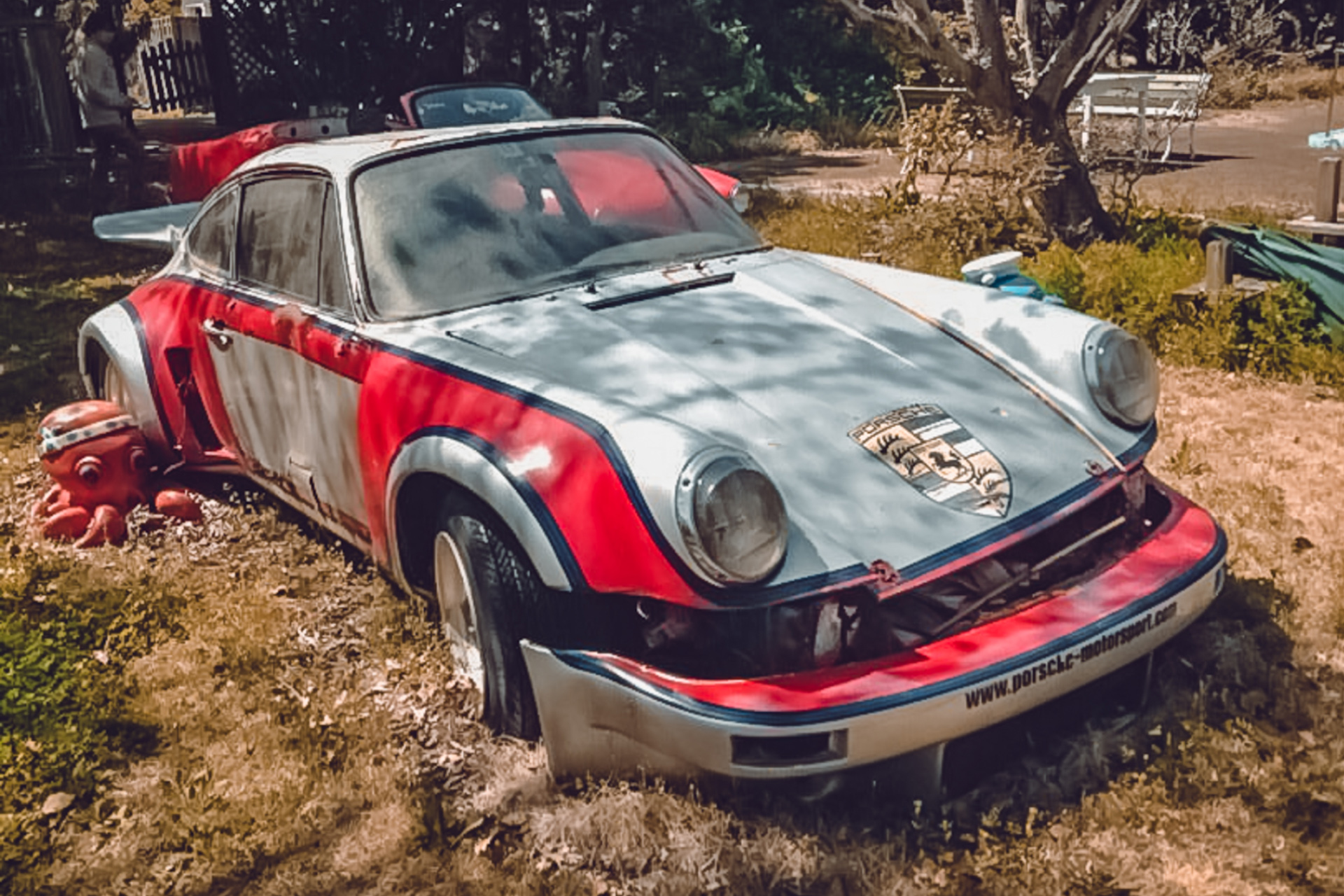 Wow! That is one bad-ass tribute car! The inside looks like a airplane cockpit. Wheels are immense. Love the paint scheme too. Nice rebuild of a classic sports car. Love it! Porche for life!

Glad you like it! So much to love, and there’s more behind the scenes pics coming up in the next story!

That color looks so nice, I would lose my mind if I ever saw anything like this in public.