SHARE Pinch Me, I Must Be Dreaming: PrimeNYC Street Icons

No, the image above is not a screen grab from the latest Need for Speed game. That’s Time Square, New York City, in real life.

If you’re anything like me, you’ve played your fair share of racing and car-based video games over the years. My personal journey started with the NFS franchise in the early 2000s. Visually, the closest real-life thing I’ve ever seen to Need for Speed settings are the meets held by PrimeNYC. So when I heard about an event they were hosting called Street Icons, I knew I had to see it for myself.

Let’s just say it was everything I hoped it would be, and more.

When I initially was connected to the folks (Edwin and Prav) at PrimeNYC and we started chatting, they suggested that I hop in a car and tag along at the event.

Additionally, they had picked out the perfect chase car for NYC and Manhattan streets – Henry‘s 1JZ-swapped Lexus, complete with some of the best wheels I have ever seen on an IS 300.

With the Regamaster Evos, a pair of red Recaro bucket seats, Bluetooth stereo, and a Speedhunters sticker, we were ready to go. Some of you might remember Henry’s car from an IAMTHESPEEDHUNTER story he did on PetrolWerks earlier this year.

After dinner was sorted, the cars started to roll in.

I had high hopes for this event and couldn’t wait for the quality cars, people, and atmosphere.

And it didn’t take long for all of the above to appear.

As the parking started to overflow, it was time for a stroll around the block, where right off the bat we came across this slammed Acura NSX on white RAYS Volk Racing TE37SLs.

And the cars kept rolling in, which meant a few more laps around the block. I’d be the last one complaining about that though.

To avoid the anti-social behavior that open events often attract (I’m looking at you two-stepping Mk4 Jetta kids), Street Icons was invite-only, with information for the meet-up locations and roll-in/roll-out times spread via word of mouth.

A benefit of a ‘private’ event like is that you tend to recognize a good number of folk, but still meet new people along the way. It’s sort of like what Cars & Coffee used to be, but even better.

The cars, characters, and locations; all of it felt like an NFS intro sequence.

Thanks to Prav and Edwin’s meticulous planning, I was able to soak up so much of the Street Icons atmosphere.

With a quick holler from the PrimeNYC team, I was in Henry’s car and staged up ready to roll out.

From the level of planning down to the caliber of cars, it was like living in a mid-2000s fantasy – in NYC to boot.

We crossed over from Queens on one of the many bridges that lead into the city and headed for our next meet-up spot.

As one could imagine in a city that never sleeps, the traffic doesn’t either. That being said, it’s been greatly reduced in recent times – no need for me to tell you why.

Which meant the group was separated en route, but everyone eventually ended up at the next location. I can’t really complain about being lost in a city with a couple R34 Skyline GT-Rs, an R35, an S15, and a few more iconic cars.

As it turns out, having a large gathering of lowered and mildly-obnoxious cars driving through Manhattan brings a lot of attention.

We parked up, and while there were plenty of city cops around checking out what was going on, most of them seemed stoked at the sight developing before them.

When we first arrived, I thought we’d have some issues with the NYPD, however, the few cops I spoke to said they were only out on the street corners to see what the night was all about. This was the polar opposite of what we had experienced in Ocean City a few weeks prior.

The biggest surprise of the evening was the amount of non-car people that came out to see what was going on in their neighborhood streets. And no one was upset about it.

As much as I hate doing touristy stuff – especially when it is as cliché as NYC – I couldn’t say no to the prospect of shooting some amazing cars as they cruised through Times Square.

We staged up around the block and waited for the evening to wind down a tad.

A few moments later, I was standing in Times Square as the gang rolled into frame.

It was the proverbial cherry on top of a vanilla sundae with a warm waffle cone of a day.

I feel so fortunate to get to share these experiences of car culture and the people behind them, but photos can only do so much justice. Anthony (Halcyon) did a phenomenal job capturing the evening in the 4K video above, so you should check that out too.

Big thanks to the PrimeNYC family for the amazing hospitality and making me feel at home. And also Henry for all of the laughs, burgers, and tour guide skills. It’s gonna be hard to top this night out.

Thanks for the great article. I love cars as much as the next guy. Somehow, I enjoy more reading articles of less famous cars, than the "usual suspects" or iconic cars mentioned. Maybe my mind is beginning to numb after seeing too many iconic cars in the webpages these days.

Great job guys and great pictures! Holler at your boy

Not to be a jerk but what are those 3 blurry shots haha? Art?

Amateur photographer here, sometimes I do that just for fun

The only good thing about the current situation is that the meets are going back to be friends and some friends of the friends, "small" group of people where almost everyone knows everyone which i believe was the cause of it being more "civilized" where cops and other people had no problem to it. Big events bring big variety of cars and styles but they also bring a lot of stupid owners seeking attention, outlaw wannabe, social media likes seekers,... which can't be controlled if you have a lot of the "strangers" (i admit that sometime I'm 1 of these jerks who makes some public burnouts, public drifts, anti-lag noises,... but when I'm informed that the meet/cruise is "low profile" I follow the instructions).
Anyway, very lovely meet and story up there, and I couldn't stop the memories of playing 2000s NFS flowing to me after you mentioned it.

This is legit. Love the "invite only" too. Don't need every 20 year old with a GT showing up trying to do donuts.

Or another MK4 Golf with antilag...

Thank you for joining us! Speedhunters family is always welcome in NYC. Hit us up next time you're in town!

"welcome to CovidTown,.....population = everyone hanging out at that get together"

I saw this and thought it happened before the outbreak of covid. My question for all of you is 'how long do you want this to go on?' 'Is there someone you know personally that you're ready to say goodbye to?'
I miss this meeting up too, being outside with your friends, but seeing this tells me that you don't think 300,000 people dying is a big deal.

Can anyone tell me what the wheels are on the Lexus? 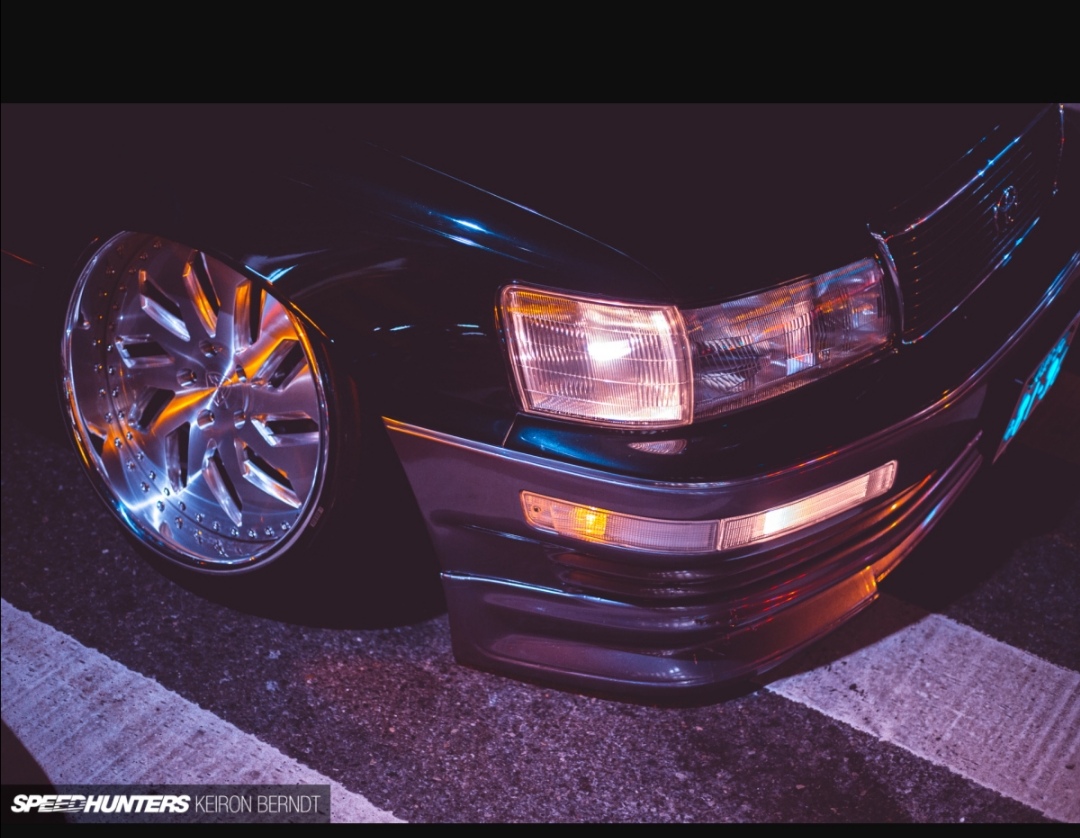 I spy an FB and several FD rx7s. I'm happy! Great article. I hope everyone was masked and socially distanced.

Thanks for the great article. I love cars as much as the next guy. Somehow, I enjoy more reading articles of less famous cars, than the "usual suspects" or iconic cars mentioned. Maybe my mind is beginning to numb after seeing too many iconic cars in the webpages these days......Www.worksnew.com

Hey Kieron, loved the article! I loved seeing all the cars in the pictures, but the picture that stood out most to me was the 9th picture in this article, the one of the coffee, phone, and worn out camera in the trunk. By the way, what camera and lens combo did you use for these pictures? Is that a 5dm3?
Thanks

lol just realized it’s not the trunk, it’s the passenger side footwell. My bad.

I've read this twice now. Thanks for sharing Keiron (again). I miss NYC and I miss the PRIME crew. Incredible vibes.

Guess we'll have to make the next one an SH field trip eh.