SHARE How Cool Is This R5 Turbo Resto Project?

You know how it is, you’re standing around a black Porsche 911 Turbo in a small workshop in Kanagawa, Japan shooting the breeze with some new friends about which cars are in your dream garage. You mention the Renault 5 Turbo and someone tells you he knows a guy restoring one in his shed. They ask if you’re interested in checking it out for a story on Speedhunters, in a way that assumes you may not be.

I wish this happened to me every day, but it doesn’t. It did, however, happen to me that one time, and this is what happened after I replied “I wouldn’t miss it for the world, when are we going?”…

The man who arranged all this is Nakane Noriyuki, President at M-Point Yokohama, an aftermarket parts shop for supercars. The bloke with the R5 Turbo is Hagashitani-san, owner of Auto Project-D a tuning, retailer and custom shop that has been importing and sprinkling magic on European neo classics since 1990. We tour the shop and I’m introduced to a 1977 Porsche 911, a mint Lancia Integrale, and a full carbon fiber-bodied Ferrari (one-of-one), to name a few.

If you look at the Auto Project-D website you will find a plethora of exotic, rare, high-power and luxury cars, all of which have been personally fettled and driven (and then often sold) by Hagashitani-san. But after a lifetime of Ferrari, Porsche, Mercedes-AMG and Ford GTs, can one become sick of all the torque? For Hagishitani-san the answer is yes. So where did he look for the next rush? Rally.

He sourced a Lancia Integrale with the desire to drive a compact car like an extra appendage. After watching rally videos of the Integrale, he saw the Renault 5 Turbo in action, and after a little research, decided it might also be something to satisfy his newfound desire for bonkers compact family-cars-turned-rally-monsters. And the R5 Turbo is definitely up there: engine in the boot, wheel arches wider than MC Hammer’s trousers, and an original interior seemingly designed by Prince. Yep, the French can be quite mad sometimes.

Of course, Renault didn’t build the R5 Turbo for the hell of it; they wanted to go racing in the World Rally Championship, and therefore needed to the satisfy homologation requirements by building some road cars. Only 400 hundred examples were needed for Group 4 homologation, but such was the car’s popularity that 4,857 were manufactured in total – 1,690 of those the original Turbo (1) model, and the remaining 3,167, Turbo 2s – during the course of the R5 Turbo’s six-year production run from 1980.

Unlike Lancia, who built an entirely new car – the Stratos – for Group 4, Renault based the 5 Turbo off an existing model – the Renault 5 Alpine hot hatch. Quite a feat considering that model is front-wheel drive, and the R5 Turbo needed to be rear-wheel drive.

Powering the rear wheels was a mid-mounted 1.4L Cléon-Fonte engine, complete with Bosch K-Jetronic fuel injection and a Garrett AiResearch T3 turbocharger. All told it was good for 158hp at 6,000rpm and 163lb-ft at 3,250rpm – decent numbers for a small four-cylinder, and rather potent in a car that weighed just 970kg (2,138lb). In competition spec, the engine initially developed 265hp, but was pushed as high as 345hp in ultimate R5 Maxi Turbo form.

The Renault 5 Turbo achieved early success in world rallying by winning the 1981 Monte Carlo (the Audi Quattro’s first event), but in later years it just couldn’t match the might of the four-wheel drive weapons that Group B brought about.

Still, like anything cool and rare from the ’80s, the R5 Turbo has become a very desirable collector car, so you can imagine Hagashitani-san’s elation when he put the feelers out and was told of a local car that could possibly be for sale. Around 30 Renault 5 Turbos are reputed to be in Japan today, but how many of those have a barn find vibe as awesome as this?

Although the car has seen some work over the years (the modern ignition coils are a bit of a give away in that respect) a lot of it looks totally original. Or at least very old – check out the tyres!

When I asked Hagishitani-san what the plan was, he told me this little R5 Turbo is waiting for a complete ground-up rebuild, to be finished off in the original Renault Blanc Nacre 158 paint. He’s slowly stockpiling original parts from across the globe, which is a time consuming and I’m sure very expensive process. There is a look of love in Hagishitani-san’s eyes when he looks at this car; he and I both know it will be well worth the wait.

So to answer that question in the title… very.

Only 400 hundred examples were needed for Group 4 homologation

Why is it that cars in general just look cooler in Japan?

+1 for this. The license plates, the setting, even the light is different to what we're used to seeing here in the UK. Japn > everything

i've noticed the same thing. Perhaps it has to to do with the overall more aesthetic and different environment (i.e. architecture and landscape) in which the cars are shown. Also, the car culture seems to have a righteous ccol going on, takes the cars seriously and appreciates them but is able to contextual the whole thing in relation to centuries of history. Whatever it is, it's a potent formula that serves the car culture well .

It's an S-Class Coupe. LOL! 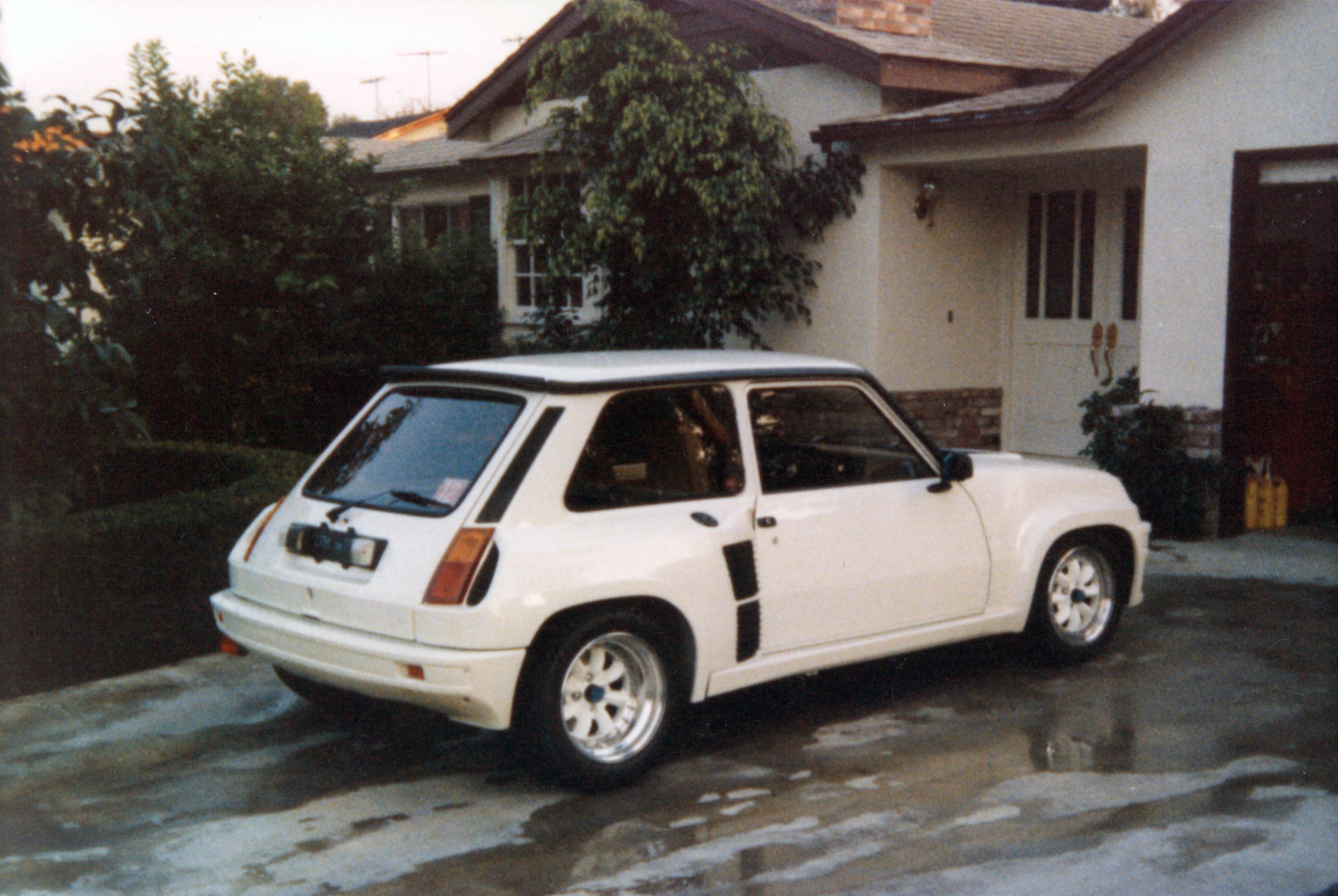 That is something else. Do you have anymore photos to share? 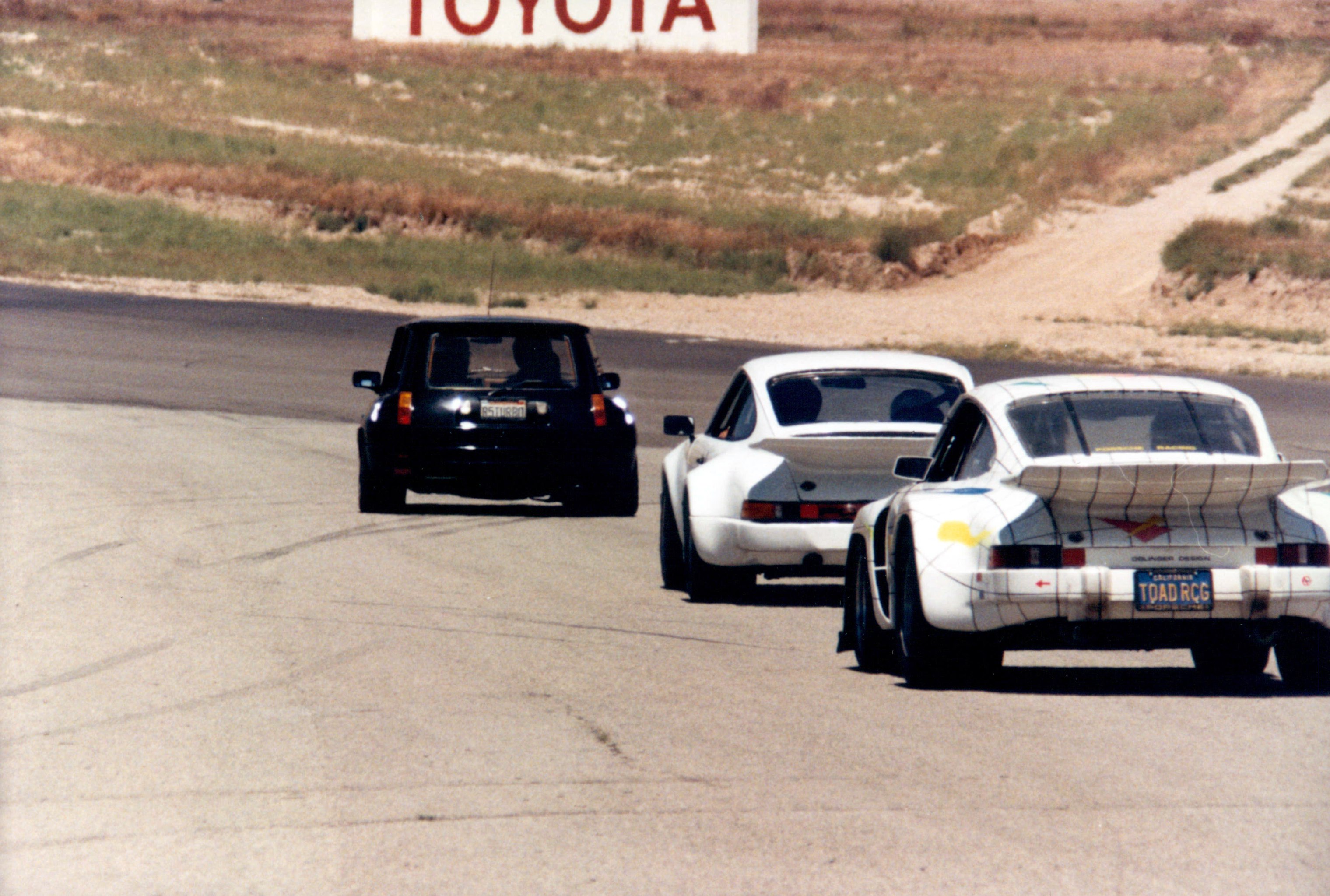 Man if I encountered this R5 Turbo as a barnfind, man I would have taken it home in a heartbeat

I feel like Kristin Scott Thomas wouldn't get in. I would, though.

There's some great footage of Jean Ragnotti winning the 1985 Tour de Corse in an R5 Maxi here: https://www.youtube.com/watch?v=hsPxllmGdKs Fantastic little cars. And hats off to VHS Rallies for uploading all that old TV coverage!

Definitely cool! If I came across one I would have to add it to the collection. Never knew the engine was in the back!

The funky interior one are first gen "Turbo 1" this looks like the less wild "Turbo 2" variant that came after. Still super sweet.

One of the coolest car features on Speedhunters this year. 100%. Thanks for sharing Toby.