SHARE Here Goes Nothing: On The Road To ‘Not H2Oi’

Two years ago, I made my very first trip to H2Oi, a car show with an unenviable reputation for the number of tickets handed out by the local police department.

The unauthorized ‘event’ that goes on in Ocean City, Maryland is now no longer sanctioned by H2Oi’s organizers, who were forced to take their legitimate show elsewhere. But that doesn’t stop tens of thousands of people flocking to the seaside resort town at the end of September for a week-long, automotive-themed party.

Last year I hitched a ride with Kyle Scaife, AKA MustangKyle, but that couldn’t happen this time around due to the current pandemic situation; the friendly Canucks, including our very own Dave Thomas, aren’t allowed into the USA. That doesn’t mean I’m not covering this year’s ‘Not H20i’ shenanigans though…

I’m writing this from the front seat of John Ludwick Jr.‘s 1993 Ford F-350 Dually, with his Air Lift Performance-equipped long-wheelbase Toyota Century in tow. Dave’s with us in spirit, and will be teaming up for some post-event features – including one on John’s Century – so stay tuned for those.

While I’m far more comfortable sitting on a couch of a seat in what is a bedroom-sized truck cab than I was in Kyle’s window-less and straight-piped LS7-powered Mustang, time will tell just how cozy the F-350 really is. Because after Ocean City, John and I will be heading to Chattanooga, Tennessee. That’s a 4,200km (2,610mi) trip all up.

The drive from New Hampshire to Maryland normally wouldn’t be too big of a deal, but John is the middle of a complete turbo system overhaul, so we’re hauling NA. This means that every slight gradient or headwind has a real impact on our speed.

This year’s Ocean City ‘event’ is going to be different to say the least. Between the pandemic, pent-up people, and price gouging, police enforcement is being taken to the next level.

Cries from local residents after the past few years have seen numerous new laws put into place, however, the mayor of Ocean City has, in a new bill, promised swift justice for those who are in town and therefore also supporting the local economy.

For the few brave souls who arrived early, the OCPD has already shown what it has planned for the week ahead, and it isn’t pretty. On top of $1,000 impound fees for unroadworthy vehicles (read: pretty much anything modified), there’s strengthened special event zone enforcement, and with it a list of offences that were pushed through in an emergency government bill. They are:

– Excessive or abrupt acceleration or deceleration.
– Skidding, squealing, burning or smoking tires.
– Swerving or swaying a vehicle.
– Producing an unreasonably loud engine noise.
– Grinding gears.
– Wheels losing contact with the ground.
– Transporting a passenger on the hood or roof.

Grinding gears? Heaven help poor Tim and his mates who are trying to learn how to drive a manual this coming week…

I get it, there needs to be rules to maintain the safety of the general public, however, when anyone with aftermarket-looking wheels, tints and stickers, or a touch of suspension work is sent straight off to jail, it seems like a step way too far.

By the time you read this we’ll have already entered into the Ocean City limits, and the first night will be upon us. It’s going to be interesting to see how all this plays out in the coming days…

a guy with a bone stock miata got impounded for being ''too low''. bone stock. even wheels.

The US is actually is kind of lucky, in India changing the tire width is illegal..

People who do not understand cars should not be allowed to make laws governing them.

It is my sincere hope that one day, the concept of "duly elected," as a justification for people exercising lawmaking power, will be regarded as equally ridiculous as "the divine right of kings" and "the mandate of heaven."

Blame the people who couldn't even follow the more reasonable rules in years past.

This is the type of unofficial event I just don't understand. The local authorities don't want you there so why keep supporting them? You go there to support business that don't want you, pay fines to authorities that target you, and try to have a bunch of unsanctioned get togethers while constant looking over your shoulder.

I'd do what the official event did and take my money to where they want me and I can enjoy the meetups without constantly looking over my shoulder. Why keep supporting a local economy that persecutes you strictly out of defiance?

Ocean City was always a place that H20i had occured and many that partaked in this event since the days it was originally a VW meet.

Some go to be ratchet (which is very dumb given some literally save thousands of dollars for just tickets alone). Others due to meeting old friends and hanging out with them due to it being the one event they can all meet.

Hopefully, they realize its time to move on and go someplace else.

What Sam said, if they want to be little shits take your business and money somewhere else that deserves it. Nothing like letting the money talk

I've pondered this a lot. I think OC is just a somewhat central geographic location for people interested in this event.

I would imagine "cruising the strip" is one of the biggest factors, where else can you duplicate the exit of a car show for miles at a time, continuously for days...

Really like that bridge shoot.I like these type of articles because they are interesting.Simple but complex too.

Why because of a made up politics-based "virus"? Or something else wrong in your little world, peach?

what is is with ADDvanced he's been complainin and bein negative in the last 2 articles.BRUUUUH

Also a big fan of these type of articles! Looking forward to reading the weekends shenanigans.

I did not see a law about plugging in my Prius with a 6 volt extension cord while grinding gears, doing a wheelie, with my modified battery pack blazing flames. So I guess that's ok?
To bad a few rotten eggs spoil my egg salad. This event was always one to look forward to.

A long-wheelbase Century!? Jesus, as if it wasn't already a long enough car. I didn't even know Toyota made a long-wheelbase version. I'm definitely looking forward to more photos of it. Land yachts for the win! What a classy dude

I mean... isn't something like h20i happening now gonna be the death knell for it in the future. It seems like it's always on thin ice.

That is a monster of a truck. My father had an f150 from that era that looked very similar. Not a 4dr cab, but the backseat was very large. 8ft bed too. I'm curious what the official specs of that truck were.

Oh look, it is that time of year again were a bunch of dingle-berries descend upon a town that has made it blatantly clear they don't want this crap happening.

How about you guys take the hint? Go elsewhere.

There is nothing cool about showing up, doing the stupid crap you all KNOW will happen, and giving us enthusiasts a bad name in that area. Seriously, what is the point?

Now we get to wait to see all the idiots posting about their tickets and getting hassled by the law like it is some sort of badge of honor , or something worth doing - when in fact all it does is prove the dumbassery of the people who show up when they obviously aren't welcome.

This is the behavior that gets laws passed against modded cars, meets, shows, etc. This hurts the image of the enthusiast - and it damages the lifestyle - pointlessly.

Too bad people are willing to do the damage to the enthusiast community all for the sake of 3 minutes of social media fame.

in Malaysia, everything is "legal", until you get caught by the authorities.
Otherwise, it's all business-as-usual for car mod/accessories shop owners, modders and car owners.

Not a big truck fan, but can attest to the couch seats being pretty comfy.

So, you're coming to Chattanooga? HOLLA!!!! 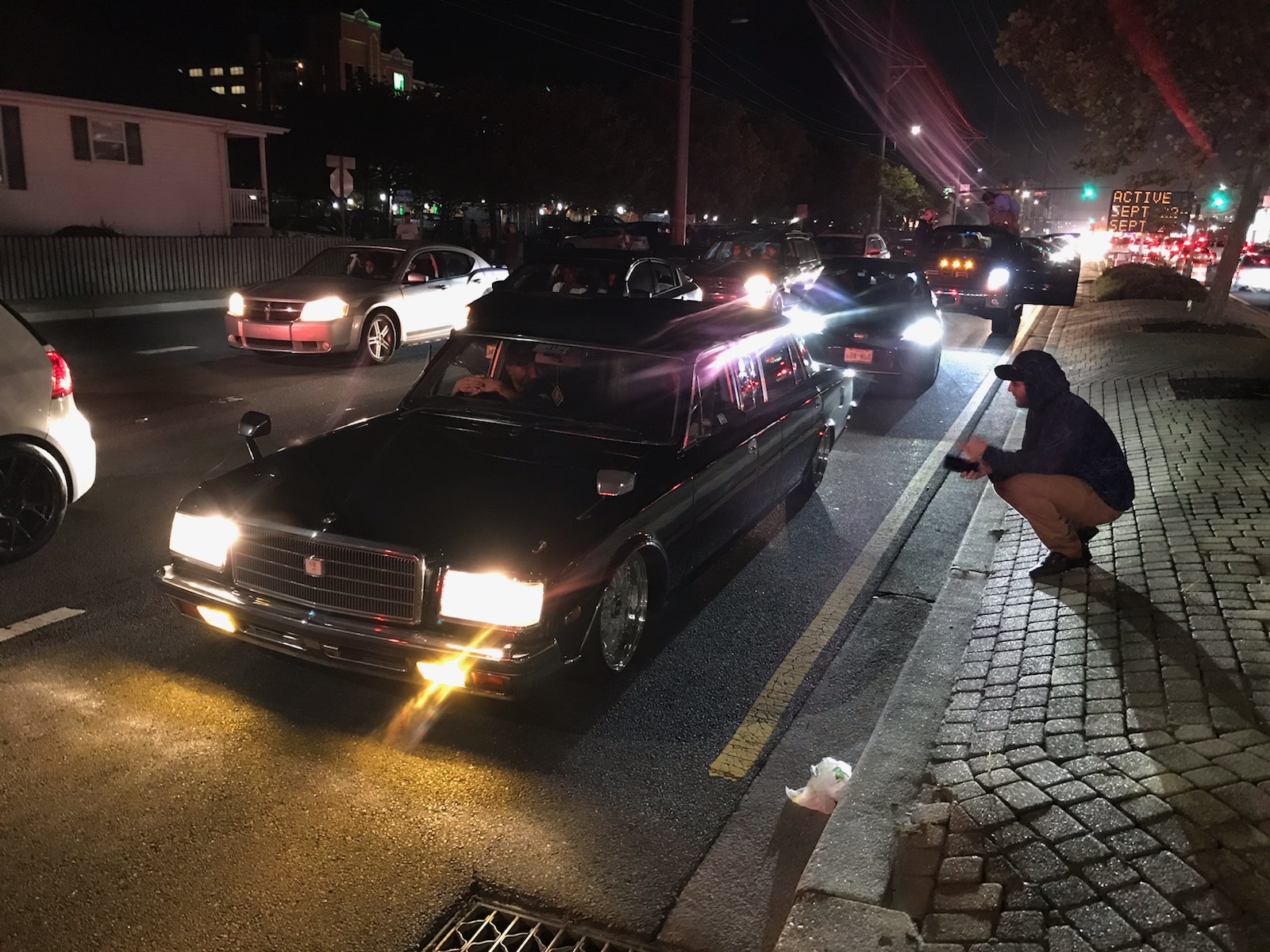 I went to H2Oi this year and had a great time, honestly one of the best car event I've ever been to. An incredible selection of cars and a great selection of reasonable shenanigans. While there are a lot of shitheads there, there are even more genuinely good car people there and it saddens me that it has to be ruined for the rest of us and the police have to act in the unreasonable way they did. While I understand why the police were so strong, the way it was actually put into action was incredibly stupid and a gross overuse of power, instead of focusing on the people actually causing trouble they were actively out screwing over people minding their own business, not to mention pretty much spraying their own city in shit. I truly hope this event continues in the future as seeing that many high quality modified cars cruising around in one place is a sight to behold.

Also I didn't know you were with the guy that had the Century! One of my favorites from the whole weekend, truly a showstopper. 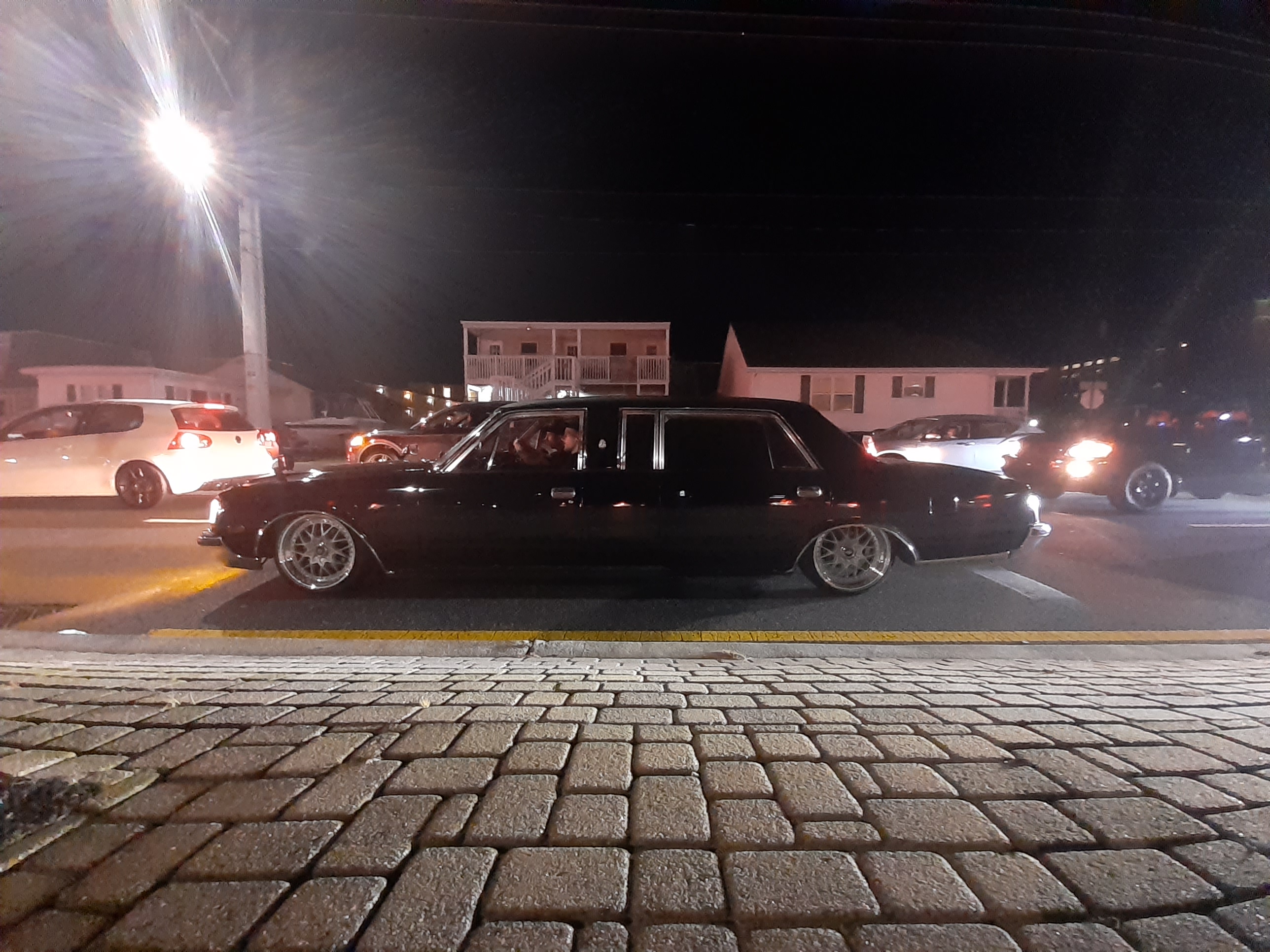