SHARE GAZ-24: From Taxi Stand To The Race Track

In 1963, taxi drivers in Riga, Latvia were invited to pit their humble GAZ-21 sedans against each other in a race series held on a circuit in the city district of Mežapark.

You’ve likely heard the saying ‘win on Sunday, sell on Monday’ – well, this was ‘race in the morning, work in the evening’.

The series was named Dzintara Volga, and the very first events were so popular that they soon attracted taxi drivers from all over the country. In the late ’70s, the series moved to the famous Bikernieki Circuit, and the cars competing became the then Soviet citizen’s dream machine – the GAZ-24.

As the competition became more serious, the number of actual in-service taxis became less. Drivers started preparing GAZ-24s just for the series, either picking up ex-taxis (those that had clocked up over half a million kilometers), or if they had close contacts at the factory, a brand new shell.

Throughout their history, GAZ car were used for motorsport competition in the USSR. In fact, there was even a factory race team created.

Early on, it became apparent that the Volga’s main enemy was weight. To reduce it, the team took advantage of their factory-backed special status and created around seven lightweight body shells using thinner metal. The logic was simple: if a car has a safety cage, it doesn’t need any body strengtheners.

In 2010, enthusiasts from Riga decided to revive the championship, starting with some experimental races in Latvia. A couple of years later, sporty Volgas returned to their homeland – specifically the city of Nizhniy Novgorod – for their first race in Russia. Today, these nimble machines are an integral part of the Moscow Classic Grand Prix (MCGP).

This new championship was billed as a bridge between the past and present of local motorsport. Only classic cars are eligible, but a range of modern improvements are permitted, especially when it comes to safety.

The car you’re looking at actually started out as a GAZ-3110 – and one of the seven factory lightweight machines – but today resembles a GAZ-24-10. Its components are borrowed from almost every factory Volga model to achieve the best possible handling. The front beam is taken from the last Volga passenger sedan, the GAZ-31105, once produced with a Chrysler engine; the rear axle is a GAZ-3110 item with leaf springs. To increase the wheelbase, the rear axle was moved 30mm back.

It doesn’t stop there either. The front suspension is from a GAZ-3102, and the stabilizer bars have a quick adjustment function. Custom adjustable Shock Therapy dampers are used front and rear.

The MCGP has two classes for such cars: Volga 402 and 406, named by engine type. Equipped with a 2.4-liter DOHC 16-valve four-cylinder, this one competes in the senior division.

Inside, the crankshaft, connecting rods and lubrication system are fully stock, but the pistons are forged and the camshafts are custom. The race regulations prohibit the use of fuel injection, hence the dual-barrel Holley XP carburetor drawing from an ATL tank. On the ignition side, a Link ECU fires Nissan GT-R coils. Power, more than 200hp, is transmitted through a stock GAZ gearbox via an AP Racing clutch.

There are no electronic aids, but data on suspension travel, steering angle, throttle opening and so on is collected via a number of MoTeC sensors. This telemetry is vital in setting up the car for utmost performance in a very competitive field.

Outside, while the bolt-on overfenders could easily pass for period items, they’re actually newly designed with help from a 3D printer. Furthermore, many exterior parts are made of carbon fiber.

Inside, you’ll find a fully-welded roll cage, Recaro HANS seat with harness, and a whole lot of carbon paneling. There’s also a MoTeC C125 display and PDM with keypad.

What might not come across in these images is just how big the GAZ is. With a length of around 5 meters and a width of 2, it looks absolutely menacing out on track – I imagine even more so when its filling your rear-view mirror.

It might not be the fastest racing machine, but it’s certainly one of the most majestic.

A VAZ-2101 For Modern-Day Classic Racing

Lowriding, But Not As You Know It

Sara jackson Makes $140 to $180 per day online work and i received $16894 in one month online acting from home.I am a daily student and work simply one to a pair of hours in my spare time. I am a full time college student and just working for 3 to 4 hours a day I've made such great m0ney. Everybody will do that job and monline akes extra cash by simply open this link......www.Wo­r­k­s­4­4.com

The people who likes this car should definitely check the "Turismo Carretera" from Argentina, specially from 1990 to 2000, urban cars in a race track it's the best thing. Amazing article 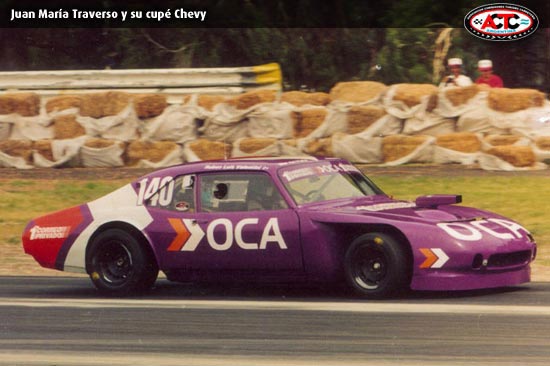 Was a joke in that times:
Hockey trainer said to his team: After this match you will get Volga.
If you win, the car. If lost, to swim it.

Is that a goddamn F10 M5 side mirror? You have any idea how much i'm willing to pay for those??

What wheels are those?

This thing has the presence of the Red Pig

Haha!....the undercarriage of GAZ-24 is cleaner than the interior of my car.

Thanks for the superb photos and the wheels look sweet.

Meaty tires and flared fenders on a saloon together at last!

Bonkers. In a thoroughly good way. Must be fun to watch, more to try and pilot a 5m barge?

are this thing ever came in coupe model?

They never did. Only sedan and wagons were mass produced. Also there were several Ute-like vehicles made from faulty bodies. Howether there are plenty coupe conversions out there, but none of them actually look good

I LOVE grassroots racing like this. Thanks for sharing.
But it has HUGE wheel adapters both front & rear. They must be two inches thick! I can't imagine the axle bearings last very long.
With all the other modifications done to the car, why not just use wheels with the desired offset & lug nut pattern?