Do you remember your first introduction to the Mazda RX-7? I do.

I was 17, in auto class, and my teacher drew an oval on the board with an odd-looking triangle inside and asked if any of us students knew what it was.

No answer came back, and once he regained the classroom’s attention after writing ‘wankel’ under his drawing, he launched into telling an abridged version of how Mazda used the rotary engine as a way to mark its independence among other Japanese automakers. Several manufacturers, both Japanese and non, invested in development of the rotary engine, but Mazda was the only one to stick it under the hood of various cars fit for public consumption.

In the late ’90s, the time of his lesson, the only Mazda model left with a rotary engine was the RX-7.

Once Mr. Dinner (real name) got into a more technical description of the motor – its use of the constantly-firing combustion cycle, oval-shaped housing, spark plug placement, and intended location and function of the apex seals – I seem to distinctly remember many eyes glazing over. When the lesson was finished, most of the class buggered off, but a friend and I stayed at the board attempting to make sense of the sorcery we’d just been exposed to.

At the time, each of us were you’re typical V8 fanatics; if it didn’t have push rods and Flowmasters were were somewhat out of our element. That said, I was intrigued by the rotary engine’s uniqueness, but still skeptical (you’ll have to forgive me, I was young and ignorant).

Skepticism didn’t turn into interest until I heard my first truly tuned rotary. ‘Brap, brap brap‘ gave the ‘thump, thump, thump’ I was used to a serious run for its money.

At launch, Mazda put the rotary engine in a variety of vehicles, but I don’t think it can be disputed that it’s seen most of its market adoption in the RX-7. It’s a tough call to say whether or not the RX-7 would still have the immense following it does today if it had been fitted with a more traditional power plant, because many a well-designed car has been made or broken by a curious, or simply uninspiring engine choice.

As gear-heads, turning our collective enthusiasm toward a car that can be a temperamental, oil-burning, money-consuming enigma seems entirely illogical. But then again, logic likely drives less than 20% of our car-buying decisions.

Despite its faults, the RX-7 remains on a pedestal of greatness. I have a friend who currently has three of them. None run and I swear each time I open WhatsApp there’s a message informing me he’s bought another; bless his wife and accountant. I’m willing to bet that most of you have that same friend, and if you don’t, you might be that friend…

But again, why do we love these cars? Are we gluttons for punishment, intrigued by their mystique, or is it something else? Is taming a rotary similar to being a snake charmer, something that takes a special amount of dedication and bites to the arm to master?

Stepping away from the conundrum that consumes fuel, oil, and money under the hood, I challenge you to name a Japanese vehicle that has looked as consistently great throughout its entire model run as the RX-7 did. Sure, that run ended in 2002 (before cars seem to continuously balloon in size), but perhaps it’s best to take the Seinfeld route and go out on top rather than whimper into non-existence.

From Matasaburo Maeda, to Akio Uchiyama, to Tom Matano and Yoichi Sato, all designers both tapped into and carried the torch appropriately from one generation to another. I’m sure some of you have your own favorites, but I honestly have a hard time picking a single, visually-superior version. They all just look so damn good. And not even just one way.

Non-superficially, a quirky motor and great styling falls entirely flat if the driving experience is well… sh*t. But the RX-7’s is far from that. The chassis has always maintained an ideal balance and remained fairly light. Early model RX-7s featured a live axle, 4-link rear end, but that was later refined out and replaced with a very capable independent rear suspension.

The cars didn’t make a ridiculous amount of horsepower in any iteration, but the power-to-weight ratio was always quite respectable – especially with the turbocharged models. As time has gone on and we’ve grown to better understand the rotary, some real fire-breathing monsters have been created.

We’ve featured David Mazzei’s ‘Formula Seven’ before, so you’ll have to forgive the abridged rundown. But if you’re not familiar, this car quite literally both breathes and spits fire putting down 1,000whp.

David‘s car is more than just fireworks under the hood of course. The custom four-rotor 26B turbo motor sits between a tube front end, it rides on Megan Racing coils, and the driver straps in for the ride via a Sabelt 6-point harness and Bride Vios III seat. Feed front fenders, and rear over-fenders thankfully remain faithful to the original body lines, so all the aforementioned praise I showered upon the FD3S’s OEM design remains true.

Cars like David’s prove that the incredibly well balanced nature of the RX-7 make them great for any build. Street, rally, drift, drag or circuit – with an RX-7 the possibilities are endless, arguably even more so if you perform the sacrilegious act of yanking the motor that made the car famous from its moorings. But let’s not go there during this rotary-themed month on Speedhunters.

Instead, I’d like to ask what makes the RX-7 such a significant vehicle to you? We’ve celebrated specific rotary events this month, but for this post let’s just celebrate why we each love the platform as individuals.

Is it the engine, track capability, or is it something much simpler like the car’s repeated pop culture influences or the resurgence of the rad era? Perhaps it’s something I’m missing entirely. We’d really love to know. Especially those of us on the staff with space in our garage, money in our pockets, and a lack of sense in our brains.

The Rotary Theme 2020 on Speedhunters

one of my fav rx7,along with another famous 4 rotor (Hi Rob! :lol )

Rotary's are a lifestyle. Those people in the lifestyle become family. It is an amazing experience. I own an FD and I will never give it up, it is pure driving pleasure, the look, the sound, the smell, and the feel. Mazda's RX7, has always, had it all... Crossing my fingers for a legendary return one day.

At the time I bought my 80 RZX-7 (1983) it was crushing all racing classes and autox specifically. Its the main reason I got the car. Didn't autox as much as I wanted due to life (work/moves etc) but have always loved that car. Still have it and am still enjoying it. BTW, mine was only on jackstands for about 3 years cause of rear axle bearings and working for a 2000 bubble era startup. Other than that its a driver all the time.

That four rotor is quite the treat to the ears and the eyes. Amazing build.
Rotary month brings great articles and... words!! “Braptized”
The text in the article inspired me to think “WhatsBrapp” as a medium for, say, rotary-frieds.

The RX-7 formula is based around one simple idea - the power density of the rotary lets you make a traditional FR sports car much quicker, but without burdening it with a physically large and heavy engine and thus turning it into a Grand Tourer. Simple, but irresistable to the keen driver, combining the intimacy and agility of a four-cylinder roadster with the smoothness and ability to go on pulling hard deep into triple digits of something with a 'proper' six- or eight-cylinder powerplant. Once you've tasted that, pretty much anything smaller seems crude and underpowered, anything larger unnecessarily clumsy and aloof.

With the FD specifically, first it's the best looking affordable car since Jaguar unveiled the E-type in 1961. Next, it's super-quick and exciting to unleash in a straight line, the way it squats, hooks up and leaps forwards. In the corners it's ultra-responsive, letting the driver pick the attitude as the short wheelbase exaggerates each throttle input. And finally it's a classic of the bubble era, that unrepeatable period when anything seemed possible at the peak of Japan's postwar recovery. As such, optimism shines out of every panel gap, in a way that it just doesn't with more recent machines.

My FD is currently in a rebuilding process from the ground up. When I get back to Japan I hope to have a fully running car in 2021.

What's makes it significant to me ?
One of my father's friend was a Mazda dealership when I was young.
We were invited for the FD debut in 1991.
I was 8 years old and allowed to sit behind the wheel. The engine sound was my first automotive thrill.
29 years later I still remember that day and still want one, I hope soon

If you haven't already, I highly recommend you check out the updates on YouTube. It now has an F1 style airshifter with hydraulic blipper. So much awesomeness ( :

Is it just me, or is the shaft of the turbo missing? Just see a hollow CW nut there... 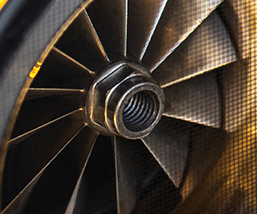 This the type of car I imagine when I think about 'SPEEDHUNTERS'. Absolutely stunning.

Guessing the NSU Ro 80 was not fit for public consumption? lol

I thought the was emphasis on "various cars". Unless I'm wrong, NSU only had the Ro80 and the Spider.
Mazda rotarized big and small sedans and coupes, a pick-up truck, sports cars, and a small bus.

your right - the NSU Ro 80 was not fit for public consumption! lol

And no, it wasn't long ago I hadn't either.

I must admit that I've never seen nor heard of that car or manufacture before.

Rotaries are just addictive. I entered the rotary realm the hard way... Buying a 192bhp RX8. After 5 years, I got rid of the 4-ports engine to have 6-ports I got supercharged. Then came along my FD with a single (low RPM) big turbo. And now, I'm starting a new project with a Porsche 912 body and a billet pro aluminium 20B. Addictive, as I said.
The snake charmer/tamer is a pretty accurate description of what it feels like to own and operate rotaries. They're mythical / mystical creatures of the sports cars fauna.

I always thought that the solution to the rotary's inherent issues would be to make each rotor a "sealed unit," with it's own permanent lubrication system and valvetrain. Once the life of the rotor expired (100k or whatever,) it would be swapped out for a new or rebuilt unit. Probably doesn't make any mechanical sense but a guy can dream...

I hear all the time about how much oil rotaries use, how dirty they are and how fast they wear out. My experience was very different. I drove my '87 RX-7 to the redline buzzer constantly for 212,000 miles before the engine gave me any trouble. The engine always seemed to want to go harder, unlike most which seem out of breath before the redline. When tuned, it barely registered on smog tests. Yes, it did generally need an extra pint between oil changes, but that's it.

Was your 87 a turbocharged? 1st and 2nd gen RX-7s are known for going 200,000 miles without trouble, it's the turbo models that have longevity problems. I don't know what the deal is with the RX-8, but I've read Mazda reduced the oiling amount for the RX-8 because of emissions and that reduced engine life.

In an interesting turn of events, I just grabbed this FD RX-7 that has been sitting sadly for many, many years. https://www.youtube.com/watch?v=VOsleKpwDvE In the months ahead, I'll be going through it, and bringing that beautiful sounding BRAP BRAP back to life. I cannot wait to hear it fire up for the first time and see mouse nests shoot out the catless exhaust, on fire.