What’s more practical than a German hatchback? A German wagon, of course. But practical doesn’t need to be boring, especially when it’s a wagon not required for daily driving duties anymore.

Finland’s Mikko Puha used to drive his Mk4 Volkswagen Golf Variant to work everyday, but the arrival of a company car meant that his beloved wagon was parked up. Mikko had two choices: sell it, or keep it and create something truly wicked. I don’t think I need to tell you which route he took.

Mikko picked up the Variant in 2010 with a broken engine and in pretty bad condition all round. Since then it’s been completely overhauled, and now visually looks the part with Golf R32-style bumpers and side skirts, ABW Motorsport over-fenders (+60mm at the front and +80mm at the rear) and crisp Audi Ibis White paint. I’m sure you can tell from the images that there’s a lot more to it than that, though.

The Golf’s resurrected TDI turbo-diesel engine saw a lot in its post-commuter days, but nothing as wild as when Mikko strapped a BorgWarner VNT turbo from a John Deere harvester onto the side of it. I can tell you that the engine block didn’t like that at all, but still managed to produce 300hp moments before its death.

Undeterred, Mikko and his friends continued to play around with cheap TDI engines, once pulling 469hp on a dyno with the help of nitrous oxide. Ultimately though, a 1.8-liter 20V turbo mill from a Seat Leon FR found its way into the Variant, and Mikko didn’t look back.

The Volkswagen 06A block used in the Leon FR is a powerful, well-known performance unit with plenty of scope for serious modification. In no time, Mikko was pushing more than 800hp.

The real power-adder in the equation is a 66mm BorgWarner S366SX-E turbocharger mounted on a KKD Motorsport exhaust manifold. MaxxECU race-spec mapping provides the wagon dragster with 857hp and 846Nm on E85 fuel, but in true Scandinavian fashion the VW is still used as a weekend cruiser.

With the motor sorted, Mikko turned his attention to the rest of the Golf, which wasn’t holding up all that well. The 6-speed gearbox didn’t last long, and was duly replaced with a sequentially-shifted SQS 4-speed dog box running drag-spec ratios.

That doesn’t mean the wagon is only used for quarter mile duty; Mikko frequents the circuit too, which must be a lot of fun. KW coilovers and a full bushing upgrade provide predictability, as do OZ Racing Ultraleggera wheels shod in slicks. When it comes time to hit the strip, the fronts are simply swapped out for a pair of wider 15-inch Diamond Racing wheels wrapped in Hoosier Quick Time Pros.

One drawback of the drag setup is that the upgraded front brakes – 330mm units – also need to be swapped out, as they simply don’t fit with the 15s. A rear-mounted parachute is also removed/attached depending on what Mikko is up to.

Inside the car it’s all business. Factory-fitted creature comforts have given way to a stripped-out cabin that features an 8-point roll cage, metal door cars with lightweight pull straps, a pair of Sparco seats with harness belts, and additional gauges on the dash.

Sadly, the stroked engine you read about above was destroyed at an event in Sweden, but a replacement VR6 unit has since been sourced and Mikko is determined to reach 1,000hp this year. Of course, all while still being able to take the Golf for a cruise on the street or let it loose at a track day.

I can’t wait to see the smile on Mikko’s face when he realizes his four-figure power goal, which will surely come with single-digit ETs on the strip.

More stories from Finland on Speedhunters 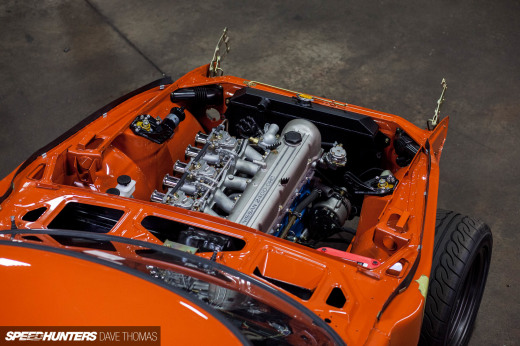 The Canadian Shop Aiming For Perfection

What an absolute animal of a car absolutely love it. But something struck me when we see where technology has taken us.
This beast is smashing out 850hp and is a sequential shifting drag weapon that runs low 10’s.
Which means it’s almost as quick as an RS3 with a tune and breathing mods.
I’d much rather the golf wagon but it’s still pretty crazy to see what ‘fast’ is now.

Imagine taking the kids to school in that thing.... wait where are the back seats?
All jokes aside this is the raddest wagon ever!

My Audi has the AEB 1.8t with every bolt on you could imagine, along with a 24psi Giac K04s tune.
About to pass 300,000 miles on the original internals, head, and trans. Ive replaced wear items like belts, pumps etc. All done myself easily in a garage using no special tools.

No burns, leaks or ticks. Truly amazes me. Long live the 1.8t and I'm happy to see it still being used for serious modding.

Crazy! Are there videos of the car in motion? Would love to see it in action. Please advise.

I am making 3k monthly for working from home. I never thought that it was legit but my best friend is earning 10 thousand dollars a month by working online and she recommended me to try it. for more info visit any tab this site Thanks alot... ．EARN22.ⅭＯⅯ