You might remember my recent feature on Quentin Boylan’s totally ridiculous, carbon fibre Lotus Exige, complete with AMG SLS engine and Albins sequential gearbox. That custom creation is easily one of the craziest cars I’ve ever seen, so you might be wondering what Quentin drives on a daily basis…

I did, but I’ll admit that when I first laid eyes on his Toyota Hilux, I didn’t really take too much notice of it. It was only when I saw the ‘AMG HLUX’ numberplate and then the ‘6.3 AMG’ badge on the tailgate that my interest was piqued. Could it be? The answer is yes.

Quentin owns a specialist Toyota spares parts business in Pretoria, South Africa, so Toyota vehicles in varying condition are always passing through his hands. This is how he ended up with the Hilux in the first place, although it was completely stock then.

When the truck was originally built, a GM LS1 was the engine of choice. The V8 made a solid 350hp, but that wasn’t enough for Quentin, who had no inclination to do a forced induction setup. As chance would have it though, while thinking about what to do with the Hilux he bought a wrecked Mercedes-Benz S63 AMG, of which its engine was still in perfect condition.

A crazy plan hatched in Quentin’s head once he learnt that the S63’s M156 6.2L V8 produced 518hp from the factory. Unsurprisingly, he wasted little time getting it pulled out of the Benz sedan.

Swapping the AMG mill into the Hilux’s engine bay was actually pretty simple. The hardest part of the conversion were the exhaust headers, which Quentin had Chris Muller from CME Engineering build. Chris used slip joins to fabricate the headers, as the one-piece route wasn’t going to work with the limited space at the sides of the engine.

To ensure the AMG motor behaves in Quentin’s truck, Martin Roets from MJR installed and tuned a MoTec M150 ECU, resulting in 550whp, and 750Nm at just 1,500rpm. The video above demonstrates what that looks like in the real world.

Not everything was smooth sailing though, as the MoTec wasn’t able to control the S63 gearbox Quentin had planned on using. To make things simpler, a Toyota GD6 6-speed unit was used, although when first paired with a twin-plate clutch Quentin found in his shop, the setup was terrible to drive. Back to the drawing board, a D4D clutch plate was trialled, but that couldn’t handle the power. On a whim, a second plate was then added, and this turned out to be the answer to the problem. The gearbox was removed no less than 25 times during this period, but they eventually got it right with the help of Kobus and Lehann at Xlint Clutches.

To keep the engine running cool, Junior Welding Works fabricated a large radiator that incorporates a Toyota Prado fan. Quentin would still like to add a cold air intake system of some sort, and I’m sure that will happen in the future.

The Hilux sits on 20-inch A-Line wheels wrapped in 275/40R20 rubber, and through their 10 spokes you can catch a glimpse of the VW Golf 6R brake upgrade.

Inside, it’s an all-stock affair. Any passengers would surely think they’re in a factory-spec Hilux – right up until the second Quentin fires the engine into life, gives it some gas, and side-steps the clutch that is.

This Hilux is a proper sleeper and the perfect tow vehicle. I mean, what could be better to haul a custom AMG V8-powered supercar than a Toyota truck that’s been dealt the same treatment.

When I read the article on the exige and you mentioned this hilux, I just couldn’t wait for the feature
Top work Stefan
From a fellow South African

That last pic could be the perfect two car garage!

My silly mind had envisioned the Nissan Navara-based Mercedes-Benz X-Class to get a X63 AMG version, which never happened. This is somewhat like it would have been like had Affalterbach gone with it. LOL! 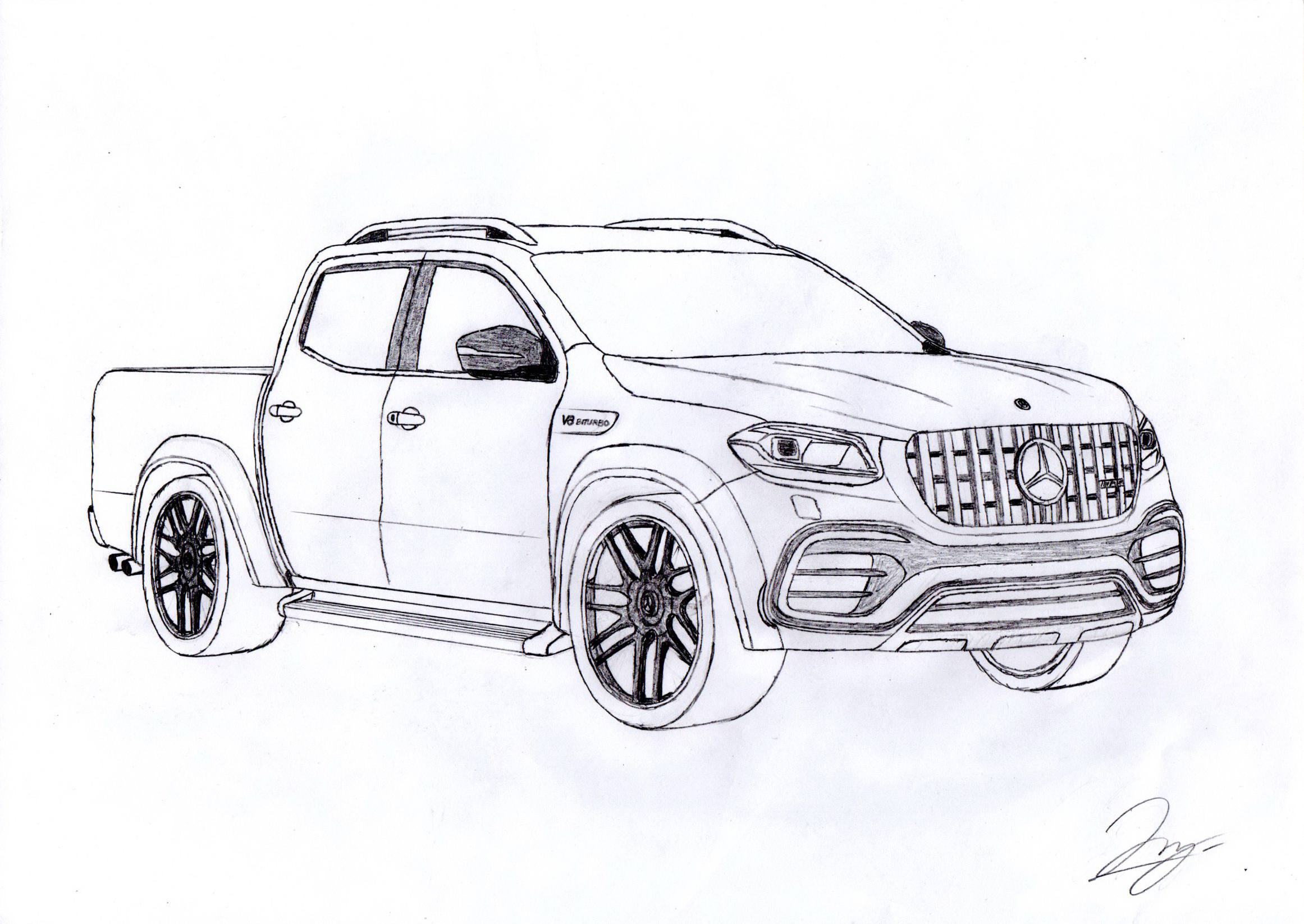 It would have been nice if Mercedes made an X63 AMG

Was a typo indeed, fixed it now. Supposed to be S63

Love it!
So refreshing to see an engine swap that isn't the ubiquitous LS.
Great work.

I still don't understand why toyota hasn't created a premium hilux with lexus V8 and interior... Would sell like hotcakes in aus especially now t hat hold and ford utes are gone