If you’re not Canadian, and even if you are, the first things that probably come to mind when someone says ‘Fargo’ is a hit TV series, the Coen brothers’ 1996 movie, or a city in North Dakota. If you’re from Ontario, Canada, in the ‘40s and ‘50s you may have worked for Chrysler building Fargo trucks. Sold exclusively in the Canadian market, the Fargo brand represents a unique and more rare find for Dodge truck enthusiasts. However, if you’re from Bowness, Alberta, the word Fargo will conjure up images of RSW-005, the award-winning Fargo Farm Truck from Rusty Speedwerks Inc. that is out on the street, disturbing the peace and killing tires.

I picked up this particular Fargo in a trade with a local Alberta farmer along with some other stuff. At first, I wasn’t sure what I was going to do with this thing. To be honest, it was the ugliest truck I had ever seen; the grille is massive. All I got was the cab, hood, grille, front fenders, and a truck-load of engine parts.

A year later, an opportunity to acquire a high-mileage Chevy work truck with a small 4.8L LS-based truck motor came up. Here at Rusty Speedwerks we’ve had experience building a Cummins-powered rat rod previously, and have done several motor swaps on vintage Datsuns. The LS motor was originally destined for a different project, but we decided it would be fun to do a junkyard build, and this became the foundation for what you see here.

Because we are a shop building this truck, we had to make sure that everything was done legit. So the first thing we did was to enquire about the legality of titling a frame-swapped vehicle. Fortunately, in Alberta, that process is relatively simple, so the donor truck was stripped down to the chassis and the process of fitting the Fargo cab began.

The donor chassis was originally an extended cab truck that had also come from a farmer, and because the shop didn’t have the original Fargo box, it was decided to build this truck in style of a classic farm truck with the flat deck out back. When we were done, this truck was the ‘newest’ in the shop; it’s titled as a ‘2019 Amalgamated 1949 Fargo Replica’.

In order to make the truck a little more interesting than a simple cab swap, we’ve made a few modifications. The motor was fitted with a FiTech Ultimate LS 750hp kit which includes a standalone ECU, wiring harness, intake manifold, larger injectors and a 105mm throttle body. This was paired with a set of Flowtech turbo headers, a 76mm Performance World single turbo, intercooler, and custom piping including a stove-pipe exhaust stack and side-exit screamer pipe for the 50mm wastegate. Fuel is pumped from twin beer keg side tanks using a Walbro pump. At 15psi boost the Fargo should be over 500hp with this setup.

We started out with the idea of doing a budget turbo build, but when it came time to do the interior and choose some rims, we kind of went a little overboard. The original bench seat frame was given to local leather worker Miles Maxey, who the shop had collaborated with in the past. Miles, who mostly makes smaller leather goods like belts, bags, sheaths, and sex toys for adventurous folks, jumped at the opportunity to be involved in the project. The coolest thing about the Fargo’s new interior is that it will only get better with age and use.

For the wheels, the shop went with the biggest wheel and tire combo that would fit, but I didn’t want to do the muscle car look on this truck. Originally, I wanted to have big, wide tires all the way around, but the way the cab fit over the frame didn’t suit having 20-inch rims on the front and 17s were way too small on the back, so we settled on a staggered look. In order to fit in with the other JDM cars we like to build, we chose to stretch some 305/35R20 tires over 20×12-inch wheels in the rear and 225/45R17 tires on the front.

The final part of the Rusty Speedwerks Fargo Farm Truck build story is one of community. Each week on Monday nights, we host a shop night dubbed the ‘RSW Collective’, in which a core group of 8-10 of us get together for a beer and to work on cars. The guys have been involved in many of the custom projects at the shop, including the Fargo build, and the character of this truck wouldn’t be quite the same without the collective. Together, our group also owns a 1988 Toyota Celica Alltrac Turbo race car.

In addition to shop projects and the race car, the guys that come out on a regular basis have helped members of our local community fix cars that their owner couldn’t afford the repair bill on. The most recent example was some significant repairs for a refugee family from Iraq. We love making the shop a central place for community building to occur.

It is perhaps fitting that the Rusty Speedwerks Fargo Farm Truck shares a name with a dark, gritty, complex and funny TV series and movie. It too is complex, gritty, and brings smiles to anyone who rides in it – see for yourself in the video above.

If you see those dim yellow headlights coming up behind you in the dark of the night, plug your ears and don’t be alarmed by the flames spewing out of the stove pipe as RSW-005 grabs a lower gear and blows past you. 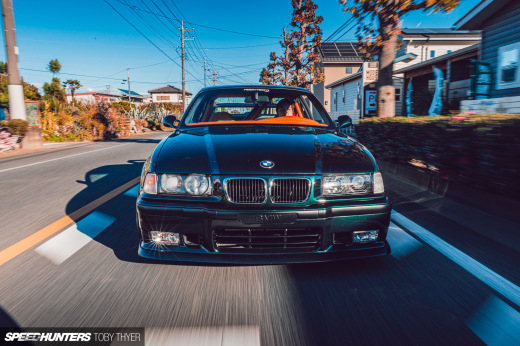 Fargo was a hit movie before a TV series...

Pretty stoked to see you on speedhunters,met you at drivenshow Edmonton last year and we chatted about the truck for about 15 minutes. Awesome build and story. 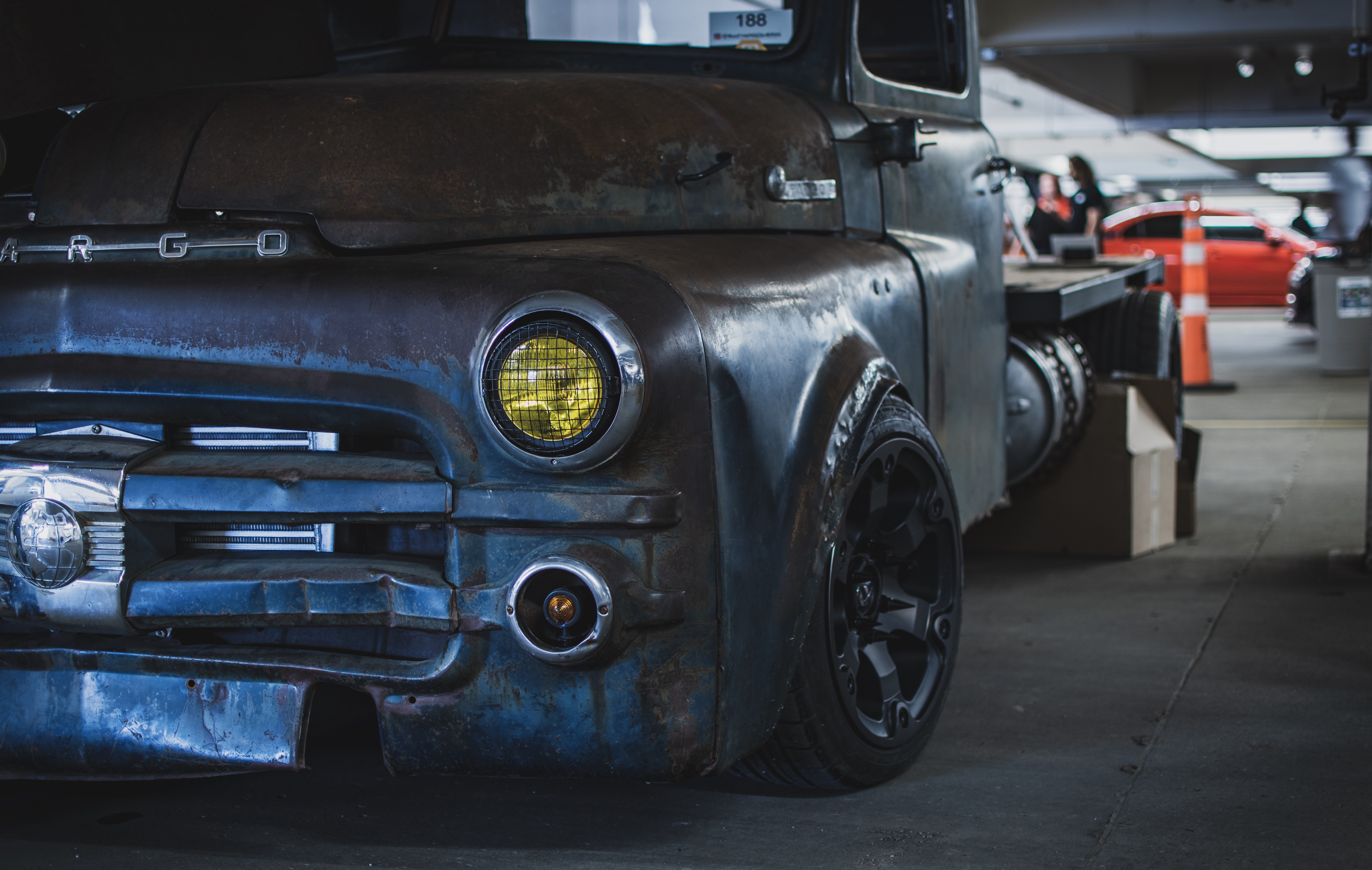 Glad to see this thing make it on to speedhunters,I met you at driven Edmonton last year and we chatted about the truck for about 15 minutes,one of my favourite builds at the show. 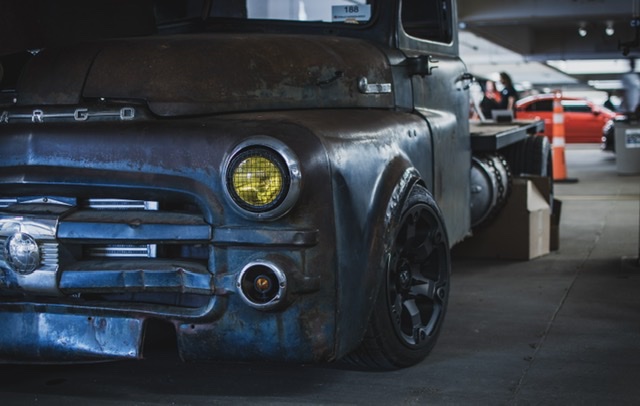 This shit is absolutely cool. I love it. I’ve met the owner once before. It was like when he first bought it. I thought he was insane lol. But now it’s here on speedhunters, and I find that impressive. Still though, it’s so cool

Pretty sure we got Fargos in Australia too

Now that's how you move your car parts real quick.