Not too long ago, I showed you the Opel Superboss, one of a few South Africa-only specials. The car I’m going to share with you today is even more epic. This is the Opel Kadett 200tS – 151kW (205hp) and 286Nm (211ft-lb) of Golf GTI-destroying performance.

The year was 1994, and Delta, the local arm of Opel in South Africa, decided that their 96kW (128hp) naturally aspirated Kadett 200iS hot hatch wasn’t quite hot enough. Well, either that or they were just bored and wanted to play around, who knows…

The 200tS really was really a wolf in sheep’s clothing, as apart from different wheels – silver 16-inch, 5-spoke numbers – and a single badge on the back, it looked no different than the 200iS it was based upon.

This specific 200tS is in 100% original and unrestored condition; I can’t actually believe how good it still looks for a 25-year-old car. It’s not the only example its owner has in his garage either, although the other one is highly modified.

At the heart of the 200tS’s performance credentials was its 2.0L DOHC 16V engine, which with the addition of a KKK turbocharger was able to achieve the previously mentioned maximum power and torque figures – big numbers for the day. The intercooler arrangement as well as the engine management system was researched, developed and manufactured locally in South Africa.

Early cars actually produced 160kW (214hp), but according to rumours they experienced overheating problems, so from the middle of 1994 cars were listed with a lower 151kW (202hp) output and came fitted with a larger aluminium radiator.

Internally, the four-cylinder resembled that of the engine in the 4WD Opel Calibra Turbo, but this one put its might down exclusively through the front wheels, so traction was always going to be an issue. The engine was paired with a 6-speed Getrag transmission – an advanced and quite uncommon thing for the time – fitted with a limited slip differential.

The LSD unit was developed by Gemini Transmissions in the UK, a company actually started by South African motorsports legend Andre Verwey, and was fitted to the transmissions in Germany before export. It’s rumored that part of the deal required all gearbox repairs to be done on an exchange basis with Getrag. Broken units had to be returned to Germany, with Getrag even refusing to supply Delta with the special tools required for stripping and rebuilding the gearboxes.

Supposedly, Delta offered a special advanced driving course to buyers of the car, in the hope it would provide them with the necessary skills to get to grips with this powerhouse machine. Either this didn’t work, or people were just too confident, because a lot of these cars were crashed, which makes find a good clean example today extremely hard.

South African automotive enthusiasts weren’t the only ones to take an interest in the Kadett 200tS either. The South African Police Service (SAPS) equipped their high-speed pursuit department, otherwise known as the Flying Squad, with the model, which made evading the law a lot harder for anyone hoping to make a quick getaway.

The 200tS’s interior was a simple and straightforward affair. In fact, the only reminder a driver got that he was behind the wheel of something special was the 280km/h speedometer, and the ’16V TURBO’ insignia below it.

I can’t remember the last time I saw a cassette tape head deck and a security gear-lock in a car, but all ’round this car just screams the ’90s.

The Kadett 200tS was a real firecracker back in its day, and with only 500 cars ever rumored to have been built (the official number is unknown), 25 years on they’re now more sought after than ever. But with so many of them having been written off, banged up, and molested over the last quarter century, finding one, let alone in decent condition, is only becoming harder, hence why their value continues to rapidly increase.

Thankfully, there are still examples like this to remind us of an amazing era of performance motoring in South Africa.

What a cool little car to learn about! Great to find out about these types of cars that were specials in certain places, more of this please!

Glad you like it. I'm working on finding some more of these types of cars

Very cool. I love that the owner's kept an example in factory spec. Any plans to feature the modified version?

I can see if we can make that happen

Great little rocket. Fun to see the police ran them as well.
But yes, modified one? You can't leave us hanging man.

When you saw a Police car in of these back in the day, you knew stuff was about to go down!

I'm working on the modded one.

this was legendary it's still on my wish list! i remember being a teen and watching the one drive by. we simply use to call it the TS
Great article

Man this car! I spent most of varsity running around in my mates 200iS and the tS was always prime pub talk, didn't help my obsession when one of a friends older brother bought one too. And your absolutely right still looks great today, especially in that red!

Yeah man this car was such a killer back in the day!

Great write up and shots Stefan! Now how do I get my grubby paws on soft copies of my car? Here's the other ones...collecting dust in storage... 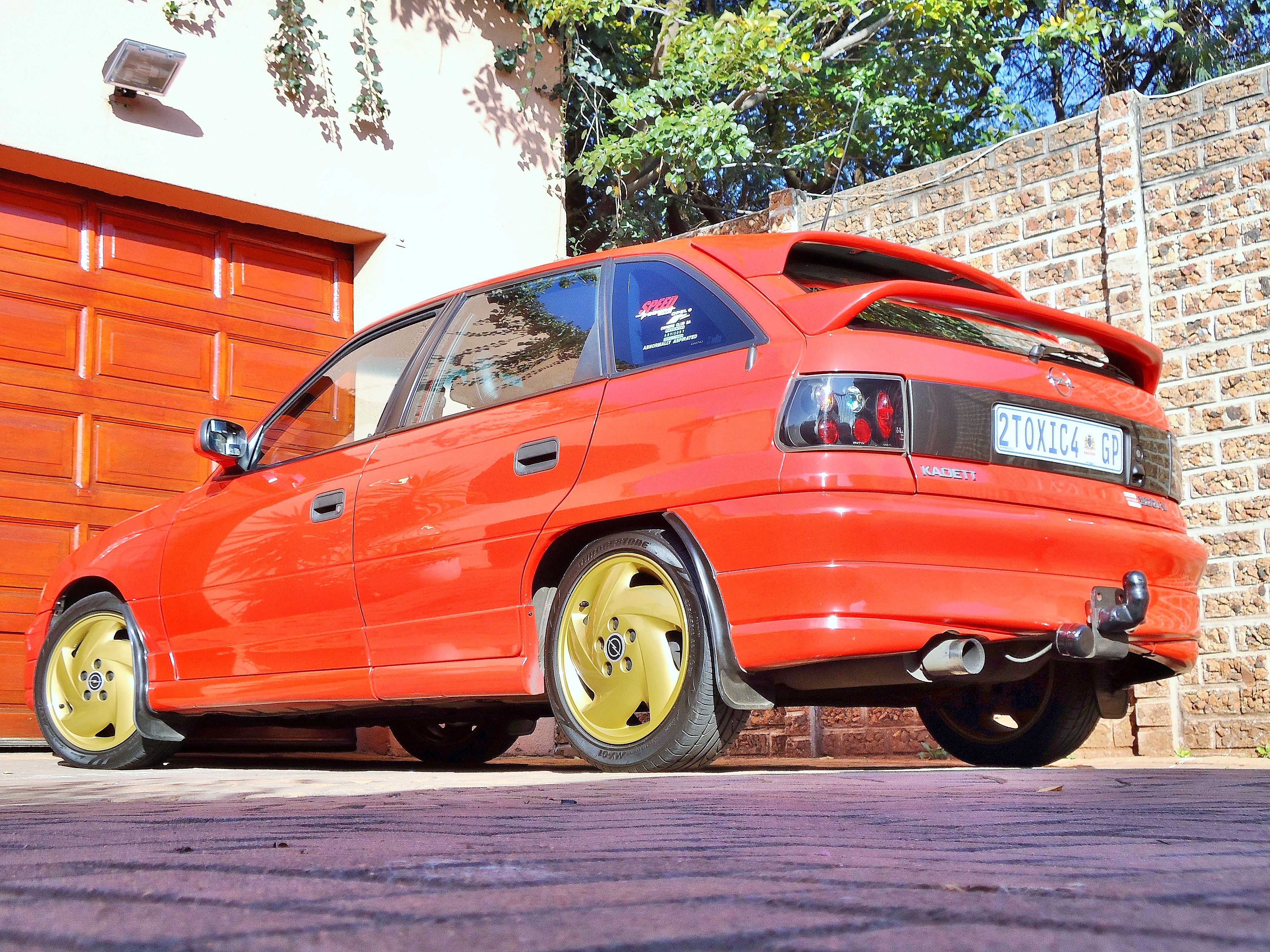 Pop me a mail on info@stefankotze.com

Will get them to you bud!

Hy. Greetings from Europe. I owend a 1986 katddet English racing green.. Now my gues is that it is melted metal.

So where is opel now. NOTHING beats a GTi.

i can still remember seeing the Police driving them around....correct me if i'm wrong the police drove the 200is and the flying squad was equipped with 200TS

This car was a beautifully made machine, nd people who had them did not take care of them, hance they are like unicorns hard to believe they ever existed. I'm a fan nd still am, I my self had a 200ise. Which was a boss. Thanks for the memory

Your article on the 200Ts just popped up on my phone in Oz. It brought back many great memories of a car I lusted for.... then there was the Superboss article thereafter!! We owned a 200Is and Sabre 200GXI at the time. 30 years down the line there's a 206Gti and Megane RS 265 outside to balance out the family SUVs.
Thanks for the trip down memory lane.

The South African car market is sure one exciting one back in the day with so many country specific models!

Nice to learn about this little beauty - over here in Germany, the maximum was 2.0l and 150 PS in the GSI 16V. But for me the really spectacular thing is, that it was still called Kadett while over here it was already the Astra(F). Thank you and yes - like Mat already stated - please more of this (Ihadn`t also heard of the Superboss before, so double the thanks)

Kudos to you sir - awesome shots. Brilliant car - reminds me of mk1 Astra 5DR hatchback my parents used to have some time ago. In terms of performance it wasn't even near this one - with humble 1.7TD under the hood - but being the first car I drove after getting driver's license it didn't matter that much. Maybe that's the reason why I still have an Opel in my garage

I loved the 3dr GSi!