Brighton Marina. Home to sea, sand and – for the next few hours at least – my little Japanese import. Usually it’d stick out like a sore thumb here, but this isn’t your typical beach day.

At first everything feels quite familiar. There’s a smell of pee in the air, graffiti on the walls and ice cream vendors selling 99p cones for £1.50. Inflation at its finest. But in the background is the sound of unrestricted engines with the promise of something spectacular…

In 1905, a mile and a half of the newly-developed surface ‘tarmac’ was laid on what we now know as Madeira Drive, for one purpose: grassroots British drag racing.

That first event lasted a week, broke three world records and attracted huge crowds. The event in 1923 saw 10,000 spectators and in 1932, 100,000 turned out. Today, an eclectic mix of wild machines race to smash records down the original strip on Brighton’s seafront.

Most are still trying to break the 8.9-second record pass set in 1993 by a Judd V10, although many are happy to just blow the cobwebs out of their classics. However, despite the petrol-rich atmosphere and proximity to ice creams, crowd numbers have shrunk like Lewis Hamilton after a race in Bahrain. These days, just 3,500 people (including drivers) attend on average.

From the top terrace, there’s a great bird’s-eye view of cars thundering along Madeira Drive, with glistening white Victorian terraces to one side, and the pebbly beach, iconic pier, and green-blue ocean stretching to the horizon on the other.

The sun beats down, seagulls screech and swoop, ice creams hit the pavement and dogs pant with excitement.

As I wander freely around the pits, snapping photos and chatting to drivers, I can’t understand why the crowds aren’t bigger. Trackside seating and grandstands are half full and only extend a hundred metres or so down the track. The original viewing terraces are closed off and have been for some time.

The free viewing from the street, (with at least 1,000 freeloaders watching the event) really needs to be a paid area, otherwise the event is losing potential income. It seems a vicious circle; attendance is declining therefore council cooperation is too.

Whether it’s the decaying Victorian viewing terraces, a generational thing, or just the terrifying number of chip-stealing seagulls, people just aren’t showing up to enjoy this iconic event.

With inner city events like this there will always be opposition from residents. In fact, as I was buying my ticket a middle-aged woman in a scarf was arguing with staff that closing this part of the beach was illegal and the council should compensate her for the inconvenience. I suspect that revenue from the event far exceeded the number of ice creams sold on any other day in September, though.

I’ll see you all there later this year.

I keep meaning to do this event but i always find about it after its done. its not well advertised but always looks amazing in the pics.

I feel like this is a symptom of how a lot of the bigger seaside towns are on a decline. Combined with a Nimby's it's not looking good.

Man, I just love that Ferrari. Ferrari’s are so beautiful <3 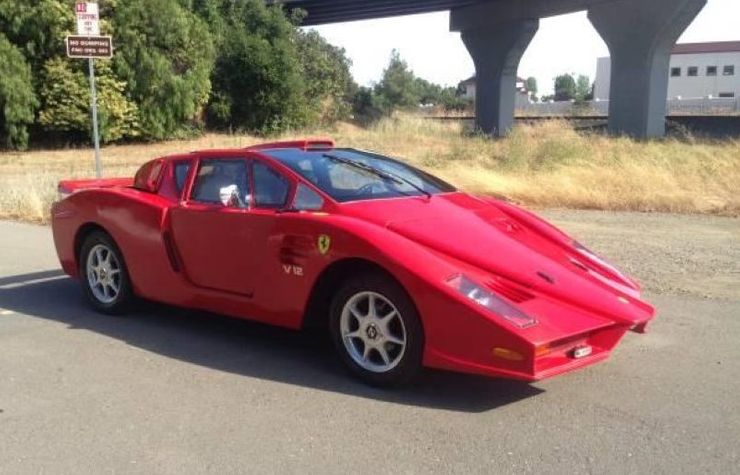 A lotus transformed into a ferarri enzo

Love the life and vibrance of these pictures!

I'm down in Brighton quite often and have never heard of this! I'm definitely going to have to check it out at some point.

The photography in this piece is wonderful. This feels like quintessential IATS to me, sitting in America learning about a unique and awesome event that I've never heard of before. Well done.

Wow... sad. Pretty soon someone will place a noise complaint and probably the whole thing will be shut down.

That's some nice HDR there, Toby.

I went to this a few years ago, a great event! I think the same F40 was there and I was smitten.. I had quite a chat to the owner, a great guy and a well used car, he did/ does some of his own maintenance (to other Ferrari owners' horror). I'll have to look out a couple of pics, nowhere near as good as these.

hold up. is that rover V8 in the back of a Europa? oh man i bet that’s two parts fun three parts scary. i want it to be true

What a great write up. An event that just deserves more attention and attendance. Is it publicised enough? I'll be sure to make an effort to participate. If only once per year, this should be no big deal for close by residence. Amazing what crowd numbers this event attracted back in the days