Car designers often say that it’s harder to design a small car than a big one.

I can see why. Each curve, line and detail contributes much more to the final appearance of a supermini than a full-size car, and you have less space to try and blend together those features into a cohesive design. Overcomplicate things and you have a busy little car that turns heads for the wrong reasons. On the other hand, play it too safe and you risk designing a car that has no presence whatsoever, both in physical size and design.

The same risks apply when modifying a car. In between the schools of less and more in the tuning world, there’s a fine line on which some of the best builds lie. To me, these are cars that capture your attention without searing your eyeballs, yet upon inspection have just the right touches to stand above the rest. I call these ‘second glance’ cars.

The Fiat 126p is an incredibly unremarkable car. It’s basic, slow, and the sole reason it had any success is because it was the only car that most people were allowed to buy in 1970s Poland. It’s the runt of a communist litter of hopeless cars. My mother wanted one growing up. She never got one. I would never want one. I like big, imposing cars that wouldn’t look out of place on a ’90s hip-hop album cover.

The one thing the 126p has going for it is that it’s a ‘cute’ car. This cuteness, combined with its pastel yellow paint (and maybe a sense of Polish pride), is the reason I paid any attention to this one. I’m glad I did though, because it didn’t take long for me to realise that this little yellow speck is definitely on that fine line of balance that’s so hard to come by nowadays.

The paintwork is glossy, and the body is remarkably straight given its age. There appears to be a black contrast roof and little black ducktail spoiler. The plastic bumpers are a deep black, not the faded grey seen on most surviving 126s. From a distance, the only big clues to any modifications are the large ‘Polski Scrapmetal’ stickers adorning the doors, echoing my personal sentiment towards these little cars.

Look a bit closer however, and you’ll notice more. From the ground up there are well thought out touches such as the front chin spoiler and the custom metal rear flares housing aggressive 13-inch Image Billet 60 split rims. At the back of the car, the spoiler which appears black is actually carbon fibre. It’s a surprising feature, but not as surprising as the contrasting roof, which isn’t actually black either.

What looks at first glance to be a collection of painted black details are actually all custom, hand-laid carbon fibre pieces. Almost anything you can imagine on the exterior is carbon fibre – the badges, light surrounds, fuel cap, door mirrors, door handles, even the boot (bonnet) handle. The entire roof is skinned in hexagonal weave carbon fibre, and seeing these details on a Fiat 126p of all cars left me in a daze.

Fortunately, the owner Patric was on hand and thanks to my friend Till translating, he revealed the extent of the work that’s gone into making the little Fiat what it is. He showed us photos of the body work and the carbon fibre laying processes, and explained that he’d done it all himself by hand, including skinning and lacquering the whole roof.

The interior is the most impressive part to me, though. The entire lower dashboard has been recreated out of carbon, as has the instrument binnacle, including all of the buttons. But it’s not just the quantity of the carbon fibre that’s impressive – it’s the quality. No matter the piece or panel, the weave is consistent with no major imperfections or irregularities. The attention to detail is immense.

The show and shine hall at the 2019 Essen Motor Show had a wide range of large, loud and beautiful cars with various levels of modification and tuning that should’ve, in theory, appealed to me more. This little 126p, however, stood out amongst the rest. Having struck the ideal balance of subtlety and unique touches, Patric has managed to take what was once a dismal symbol of communism and turn it into a true second glance car.

Who would have thought that something so small could have such a big impact?

The Return Of Techno Classica 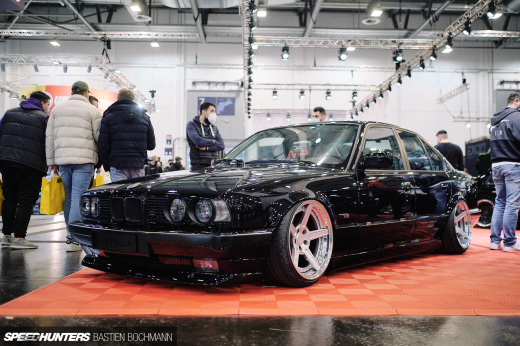 I love the CF bits used in subtlety.
The rear spoiler should have aligned properly with the hatch edges.

An edge to edge spoiler may look cleaner, but the current form is the same as the OEM optional rear spoiler. I suppose it just depends on the look you're going for, but the one on the car is more in keeping with the subtle aesthetic.

I can see my previous reply about the spoiler has been removed (why?) so I'll try again. It's done right and should not have been aligned to the hatch edges. It's shaped after the stock plastic one available originally from Fiat.

No it should not. The spoiler is shaped exactly after the stock one available with the car originally, only made of a different material. Its execution is perfect as it is.

You guys need to do an article of this build. Its absolutely amazing.

Everyone loves a shameless plug.

Is there chicken wire under the top layer of fibre on the roof? That hexagonal pattern looks really good.

No, no chicken wire! It's all woven into one sheet of carbon, and yes it really does look flawless in person too.

Absolutely love the subtlety of the carbon fiber trim pieces. For instance the left-right asymmetry on the rear quarter vents, where the right one is functional and the left one isn't, so the right has an extra trim piece to aid airflow, the left is left plain. Some functionality carefully blended into the trim, not just for flash, but for purpose. Sure, you can nitpick a few details, but you can do that on any build and importantly this one is not slapdash assembled from off-the-shelf bits as pseudo-enhancements. This is something were someone spent hundreds of hours planning, building, executing, redoing, refining, etc. to get the look. It won't surprise me if this build has new and refined details in 3-months.

I couldn't agree with you more Rob, it's definitely a car I'm going to follow the progress of. Can't wait to see how this one evolves.

It was nice to meet you Patrick, thanks for answering all my questions! 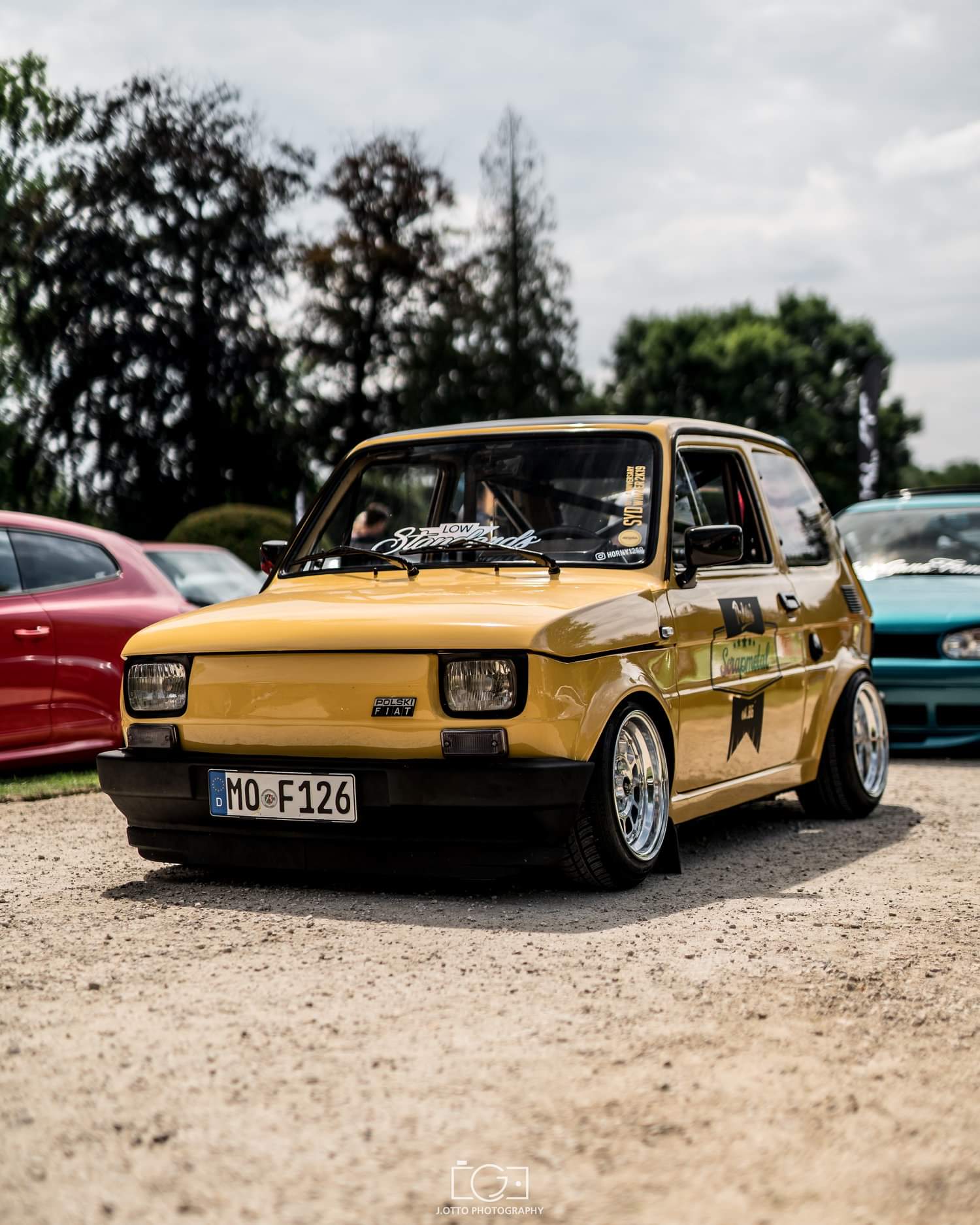 i love this car, but i love the guy more.
good job baby

Very nicely written article on a subtle, niche and uniquely detailedcar. The photos great too. More of this please.

I love when people put so much time and effort into an unassuming car like this. Usually means it's done out of passion rather than anything else.