Planning a trip to Japan and want to check some cool car stuff, but don’t really know what to do, where to go, or even where to start? Here’s something you might like…

I’ve been attracted to Japanese cars since my childhood. I was born in the ’80s and was a typical teenager in ’90s growing up with video games filled with high performance Japanese cars. This is how my passion for Japan and its tuning culture began, so a trip to The Land of the Rising Sun was always going to happen at some stage.

In 2018, my girlfriend and I planned a three-week visit to Japan. We had a deal: We’d visit as many cultural and historical places as possible all around the country, but when the schedule allowed, I’d visit some car-related locations.

In preparation for the adventure, I started to pin on Google Maps points of interest that we could possibly stop by. At first, it was just the expected ones like race tracks, museums and well known tuning shops Top Secret, Spoon, RE Amemiya and RWB, but as one address led to another, the deeper my research got. Then I dug into old magazines I had at home, plus Video Option releases and blogs like Speedhunters.

As a huge fan of urbex (urban exploration), the most thrilling part was – and still is – being able to locate abandoned places; it feels like being a treasure hunter seeking wonder from an ancient world. I managed to locate some relics of Japanese car culture’s past, like the Yatabe Test Course, and Keiichi Tsuchiya’s old shop, Kei Office, located in Nagano. Images from Google Street View are still from 2012, so if you navigate in the street you can still see this shop.

In May 2018, we finally landed to Japan. I can’t remember how many addresses I had on this map at the time, but I was happy with it. We arrived at Kansai International Airport in Osaka after an 11-hour flight from the Netherlands. I will always remember that day forever; it was just surreal. I had dreamed so much about Japan and I was finally there. The road signs written in Japanese, the typical Japanese sedan taxis, the houses, the streets, the shops – the whole atmosphere had me in a daydream.

We spent our first day and night in Osaka, and funnily enough my first taste of car culture came from a chance find, not my map. Joshin Super Kids Land is a multi-level toy and hobby store in the heart of Osaka. Each floor has its own theme, the likes of rail transport modelling, scale models, radio-controlled aircraft, action figures and diecast cars. I spent hours here; the shelves and window displays were full of models from AutoArt and Ignition, and other brands I wasn’t familiar with.

We then headed to the neighbouring city of Kyoto, and beautiful places like the Fushimi Inari-taisha, the Arashiyama bamboo grove, the Nijō castle and Kinkaku-ji, the Temple of the Golden Pavilion. Kyoto is culturally rich, but also full of nice garages and car companies.

The first shop we stopped by in Kyoto was Carland86. This dealership is only 10 minutes from Kyoto Central Station and is really easy to access thanks to the Kintetsu-Kyoto line. Carland86 is owned by Tokuchi Masahito, and specialises in the restoration, modification, maintenance and reselling of AE86 Levins and Truenos. Carland86 is also famous for making exact replicas of the Fujiwara Tofu Shop car from Initial D. Fun fact: in the manga you can see the outline of a sunroof in the interior shots, but from the outside there is no sunroof. Carland86 reproduce this nuance by installing a roof liner for a sunroof model.

I pinned three other companies located on the outskirts of Kyoto, which are handily just a few hundred yards away from each other: TRA Kyoto, AKA Rocket Bunny/Pandem, Phoenix’s Power SPL, and Impact Magic.

A 15-minute taxi ride from Carland86 is TRA Kyoto. Miura-san was not at the shop on this particular day, but one of the staff was kind enough to show us around the place, and even opened up the garage so we could have a look at Miura’s personal US-imported Scion FR-S and Datsun 240Z.

Next, it was Impact Magic. It was already late in the afternoon by this time and the owner was beginning to close for the day, but it was still nice to visit this Honda specialist (S2000s especially) and check out some of the cars around the place including a super-rare second-generation Isuzu Gemini.

Our last stop of the day was Phoenix’s Power SPL – an RH9 Club member – that had no shortage of Nissans being worked on.

We ended our journey in Tokyo, Japan’s capital city and the most populated metropolitan area in the world with almost 38,000,000 inhabitants. The city centre of Tokyo is really crowded, but there are still some nice places for car enthusiast to visit.

If you like Honda, then you have to hang around in Suginami. Spoon, Feel’s Honda Twincam, and Seeker all sit within a stone’s throw of one another.

As Spoon Sports is more a warehouse, you’ll want to visit Type One just down the road for your Spoon fix. There’s a lot jammed into a small space here.

Seeker is another shop known for its Honda tuning. Its owner, Ryo Teraoka, was once a very good customer of Spoon, but ultimately decided to open his own shop. Although the two companies could be seen as direct competitors, Spoon actually helped set this place up.

A 10-minute walk from Seeker is Feel’s Honda Twincam. Feel’s is also a service and Honda tuning company, and there’s always guaranteed to be some interesting cars in the workshop.

Located in Tokyo Bay, Odaiba in an artificial island with a lot of attractions, including Toyota’s Mega Web, which has three parts to it. The Toyota City Showcase is like a huge dealership where all the current-model cars from Toyota are displayed, along with a 3D Theatre, and the GR Zone for Gazoo Racing sports and race cars. Then there’s the Ride Studio, where you can actually test drive cars.

Just a few meters away is the History Garage. This place has five distinct sections: The first one reproduces the streets of Japan in the 1960s and is filled with cars from this era. The second one, called the History Garage Collection, showcases different makes and models from the ’50s through to the end of the 1970s. These two sections are linked together by a long corridor – the third section – that looks like a library, and the wooden shelves are filled with Toyota books and diecast models. In the Motor Sport Heritage section you’ll find former Toyota rally cars including the Celica GT-4 and Corolla WRC. The last section is the Restore Pit, where craftsman perform restorations and maintain the museum cars.

These are only some examples of cool places you can visit during your trip to Japan, but there are many more to see. I still update my map from time to time, but it’s definitely becoming more and more difficult to find new places now.

Please keep in mind that many of the automotive points of interest I’ve pinned are private companies, not tourist destinations. Japanese people work hard five, six and even seven days a week, so before any visit to a workshop or the like you should introduce yourself via email or social media and ask for permission – don’t just turn up unannounced. Be polite; say hello (konnichiwa), always ask before taking any pictures, and say thank you (arigatou gozaimasu). As is customary in Japan, it always pays to bring a small (gift) token of your appreciation with you too.

Where was this 2 years ago!!! Ideal! thanks for doing this! I spent a long time doing my homework before traveling from scotland to japan to get a much car garages sneaked into my trip as i could ! HKS, Nismo omor, JS racing, spoon sports and the nissan heritage collection was amazing! All made you feel very welcome!

I wonder if they take kidneys instead of cash?

congrats on your travel it must feel like you are a kid seeing all those cars and standing in Japan.

Holy moly --> You put some effort into that Google Maps points of interest! Very impressive/useful!! Thanks a lot

Thanks Quentin! Amazing article. Your info is a huge help for car nerds like myself hoping to head to Japan. Speedhunters.. give this guy a full time job!
It's so cool to share a passion for these cars, with people from all over the globe!
Cheers from Tasmania, Australia

Maybe I should have a discussion with the staff haha

I really like Autobacs ASM in Yokohama's (industrial area).

I swear this is exactly what my photos would look like if I went to Japan, you've grabbed my whole bucket list of beautiful Hondas! Thanks for a great post.

You make me a happy man writting this article. In the map are many place where I have been, but a lot more where not!! So, really thank you, I have a lot of work in my next visit to Nihon.
Thanks one more time from the Basque Country to the Speedhunters team! 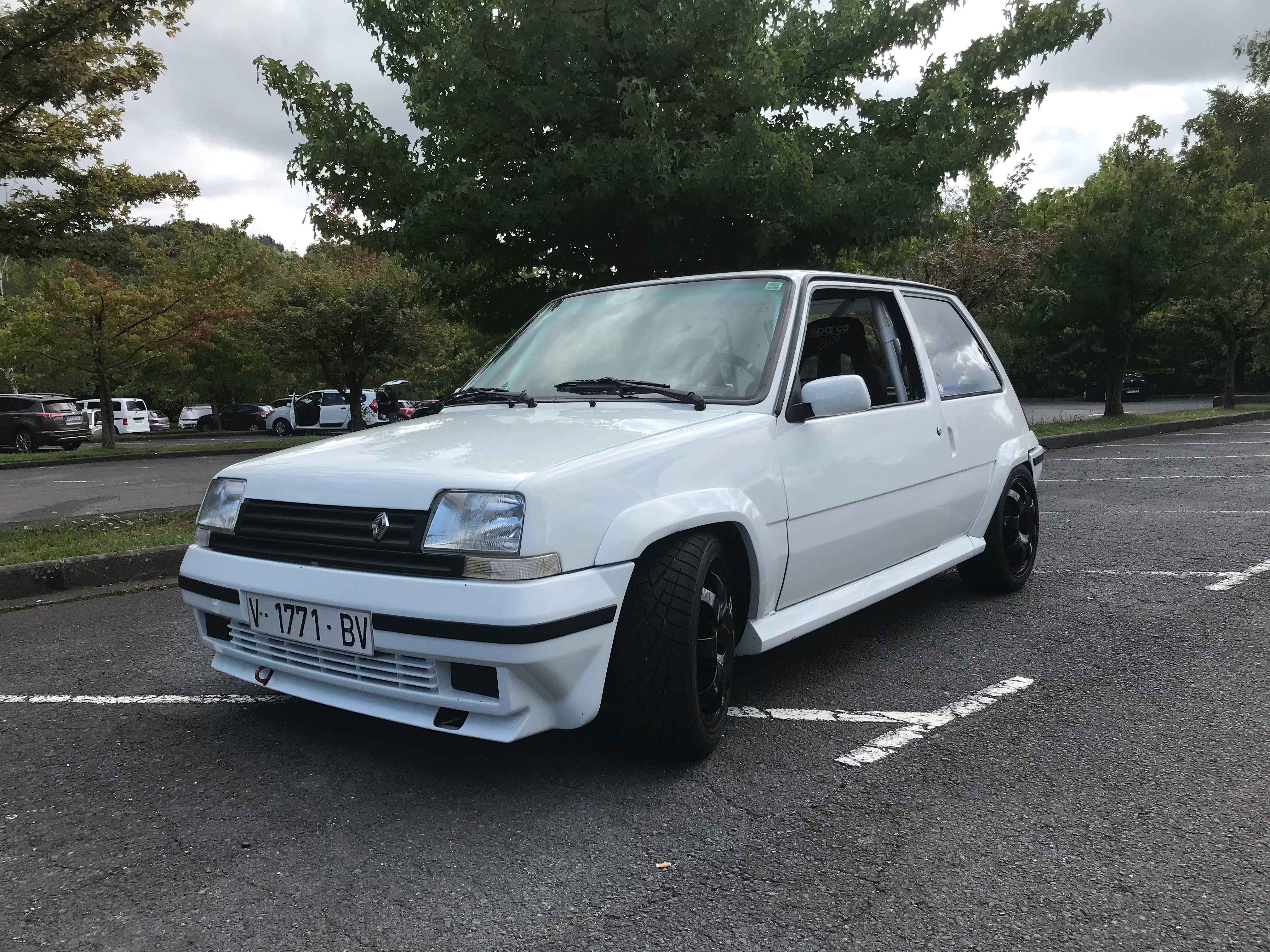 Ups! Sorry for the image, my mistake!!

That was a sweet article. It was nice to see such a wide selection of shops that cater to different manufacturers.

Places I need to go to in Japan?
The Spoon Sports Type One headquarters and Toyota Mega Web
And of course a drive on the mountain touge pass

A JT190 Gemini! Can't believe there's one on SH! I own three, two RS hatchbacks and a LS notchback a buddy of mine is begging me to paint red. Seeing one in this color is not helping my case to refuse, hah.

Thanks for sharing. Also thank you for including the tips on what to do before stopping by.