For most people, the ideal summer beach weekend in Italy would be swimming in a warm blue sea and sunbathing on soft sand. Then there are those who attend and compete in the Roll & Flat Venice Beach Race.

Italy isn’t the first place that comes to mind when I think of a thriving car culture, so I was surprised to see a big turnout at this event. According to ’50 Brothers, the local hot rod club that organizes Roll & Flat, there were 300 cars and bikes signed up for this year’s event at Caorle Eastern Beach.

Participants come from all over Europe to take part, but there’s always an especially large contingent from Germany and Austria who make the road-trip across the Alps to this small town near Venice.

Beach racing like this is not about speed – it’s about emotion and adrenaline.

The race rules for Roll & Flat are simple: whoever’s first to the checkered flag 1/8th of a mile away is the winner. Bikes race against bikes and cars against cars.

I’m biased to car racing, but bikes look more exciting on a beach: they drift around, fight for traction much more, and you actually see that riders need to work to succeed.

After the two-wheelers, it was time for some four-wheeled action. In previous years, off-road or paddle wheels were allowed, but this year the racing part of the event was restricted to regular street legal tires, which resulted in not a lot of traction. The regulations also state that no modern powertrain solutions may be hidden under a vintage suit: pre-’60s American cars with pre-’80s mechanical upgrades is as far as the rules extend.

Despite a real lack of speed, the racing was surprisingly close. There was also no shortage of variety.

It was cool to see rare beasts like this immaculate 1938 Pontiac out on the beach. 90hp from a 2.8L engine was a fine achievement back in the day.

Many compare this Italian event to The Race of Gentlemen held in Wilwood, New Jersey, but Roll & Flat is one of a number of popular European beach races worthy of note. Some of the most well-known include the Rømø Motor Festival in Denmark with its 100-year-old traditions, and the Pendine Sands Hot Rod Races in the United Kingdom where speeds famously exceed more than 120mph (193km/h).

I personally think that Roll & Flat is a bit more carefree and fun. While other beach racing events have a strict line when it comes to period-correct dress codes and speed, the Venice Beach Race adds its own Italian flavor. It’s all about style and community rather than winning.

Hot rods and custom bikes are the original outlaws on the road, so not following the rules too closely feels far more natural to me.

More stories from Italy on Speedhunters

Being American it's always so weird for me, seeing other countries celebrate American cars so enthusiastically. I suppose it must be the same the other way around, though. Still, cool event.

I agree, kinda cool. Also, I think the first race girl has a Gadsden tattoo on the back of her leg.

This event is truly special and has such a unique flavor that everybody in our group agreed that we will go again next year. The friendly atmosphere revolving around the era, vintage cars and in some cases period correct dress combined with Italian lifestyle and food is a perfect combination. You could really tell that everybody loved it. Some people came from far away places like Russia and others strolled over in their swimwear, wondering what was going on. Miraculously, the event in it's 7th year is still without admission fees and this adds to the special feeling. The 50' Brothers create it for la passione. Hats off to the organizers, participants and the great band entertaining us Friday night: Pink Armada.

Great coverage and pictures of a special event, Vladimir. 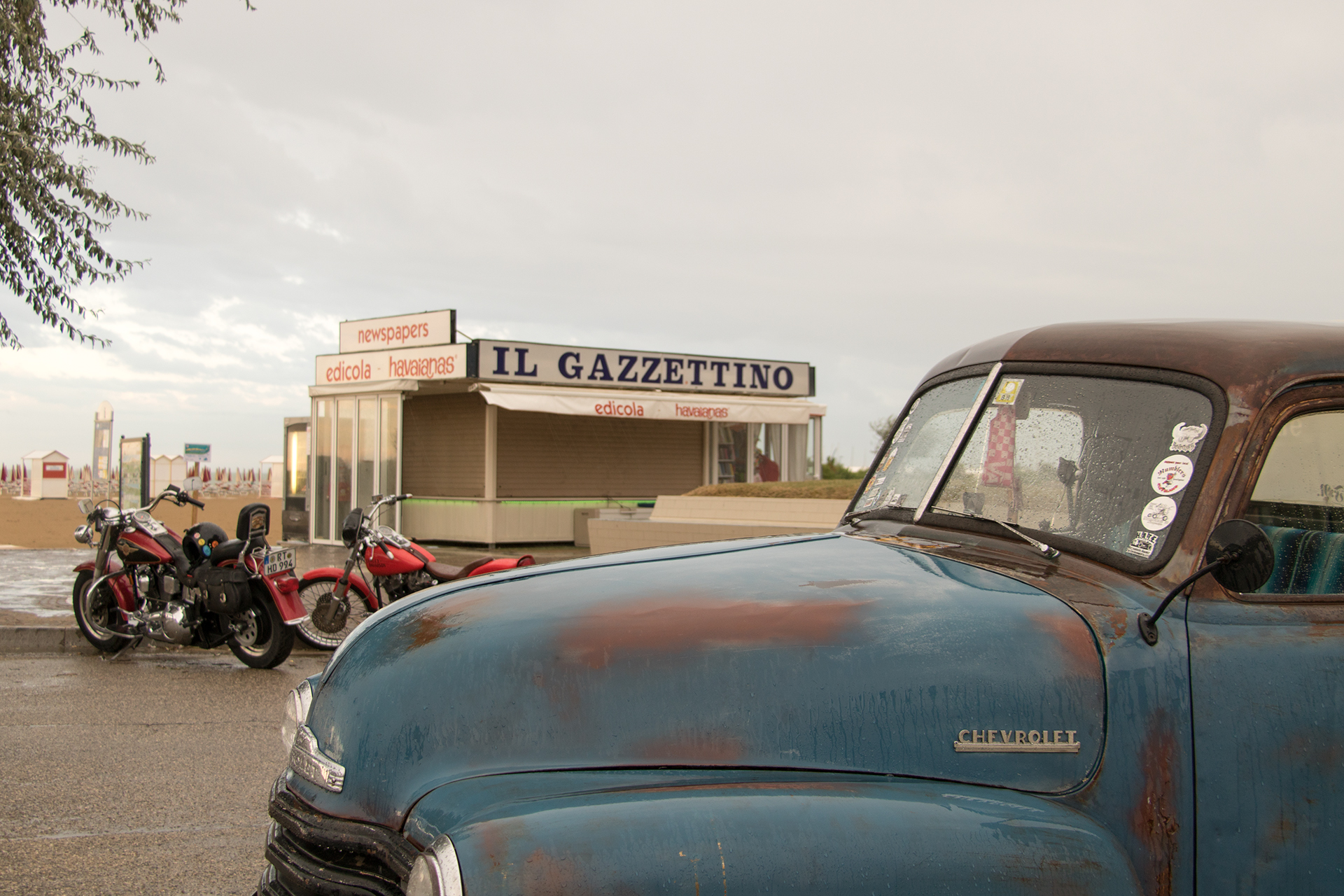 Pin-up girls, vintage iron, and a beach in Italy? I am oh-so sold!

idk why but I really thought this took place in Venice Beach, CA, and I would've believed it since it gave off west coast vibes. you fooled me

I did not know this existed!

However, I am not entirely surprised. There has always been a strong contingent of rock'n'rollers in Italy and there is also a very well established car culture. Definitely one for the calendar next year!