It’s safe to say that just about everyone has been touched by the automotive industry in some way. Enthusiast or not, everyone has a car story.

Maybe it’s their first car, their grandpa’s car, or maybe it’s a love of a specific make or racing discipline. It’s fairly common for an enthusiast to know a lot about one specific genre of car culture, but what is far less common is for someone to know something about a wide range of car scenes. Something that I deeply appreciate about working with Speedhunters is that it provides an avenue to further my knowledge in regards to all sorts of various and obscure car scenes.

This past weekend was the 2019 All British Field Meet, a perfect opportunity for me to learn something new.

Held at Portland International Raceway, the 43rd annual event was exactly what it sounds like: British cars only. But when I found out this year’s event focused on Mini’s 60th anniversary, my car-nerd-spidey-senses activated and I knew it would be especially special.

Craving some cute and quirky cars, and to learn more about original Minis and their possibly purist owners, Trevor and I set out early in the morning prepared to be charmed and intrigued. And, charmed and intrigued we were. More importantly, I left the event with a deeper curiosity about the Mini’s history.

Like most micro cars, the original Mini was born out of post-war scarcity. Its designer, Alec Issigonis, was faced with an ambitious set of standards: The Mini needed to be able to fit four people comfortably — something which other micro cars couldn’t do — while being fuel efficient, tiny, and cheap. The goal seemed impossible to achieve given the ideas of what a car should look like at the time, so Issigonis reshaped some things.

In order to make the Mini feel at least somewhat roomy inside, some new ideas had to be applied. First, Mr. Issigonis pushed the wheels all the way out to the corners of the car – and them some. Then, he flipped the engine sideways for a front-wheel drive layout to save space in the cabin. A nice side effect of the transversely-mounted engine was the way it helps these cars stay planted around tight turns.

These two twists on classic design fathered a 60-year, world-wide legacy of adorable tiny cars that managed to fit four. Another nice side effect was that Minis were easily adapted to perform on the race track and rally courses as time went on – thanks largely to British motorsports legend John Cooper.

The 1960s were a decade full of subcultures and spontaneous youth, the birth of the Mini allowed for a getaway car for everyone from beatniks to families. People loved and still love the little cars.

By the mid-’60s, the little machine that was intended to be a car for the everyday commuter had also become a race star. Its tiny, nimble and balanced body was outdoing many of the large and awkward cars of the ’60s. Like little bees battling horses, both were fast in their own ways, but one could easily beat the other around tight turns.

The cars truly did it all and with station wagon, van, and pickup versions there was no demographic uninterested by the Mini. Something I noticed at the show was that there were loads of different badges on very similar Minis, from Morris to Rover to Austin. With a little investigation, I discovered that there are a whopping 16 different names within the Mini family.

The diversity has to do with the market each example was sold in as well as the purpose of the Mini. For example, Minis sold in Japan were often badged Rovers while many Minis in Australia wore the Morris emblem. Additionally, Mini carried luxury lines like the Riley Elf (my personal favorite rendition of the car) and the Wolseley Hornet. Of all these, perhaps the most well-known and revered models are those performance variants wearing a Cooper badge.

The original Mini is arguably one of the most endearing, positively received, and globally reaching models ever seen in the car world. Six decades is a long time, but I have to say, I hope Mini has another 60 years to continue to make us giggle and grin in amazement.

Weird & Wild, For The British Anyway

Too bad there wasn’t an Innocenti pictured. An Italian body on a Mini makes a cool car. 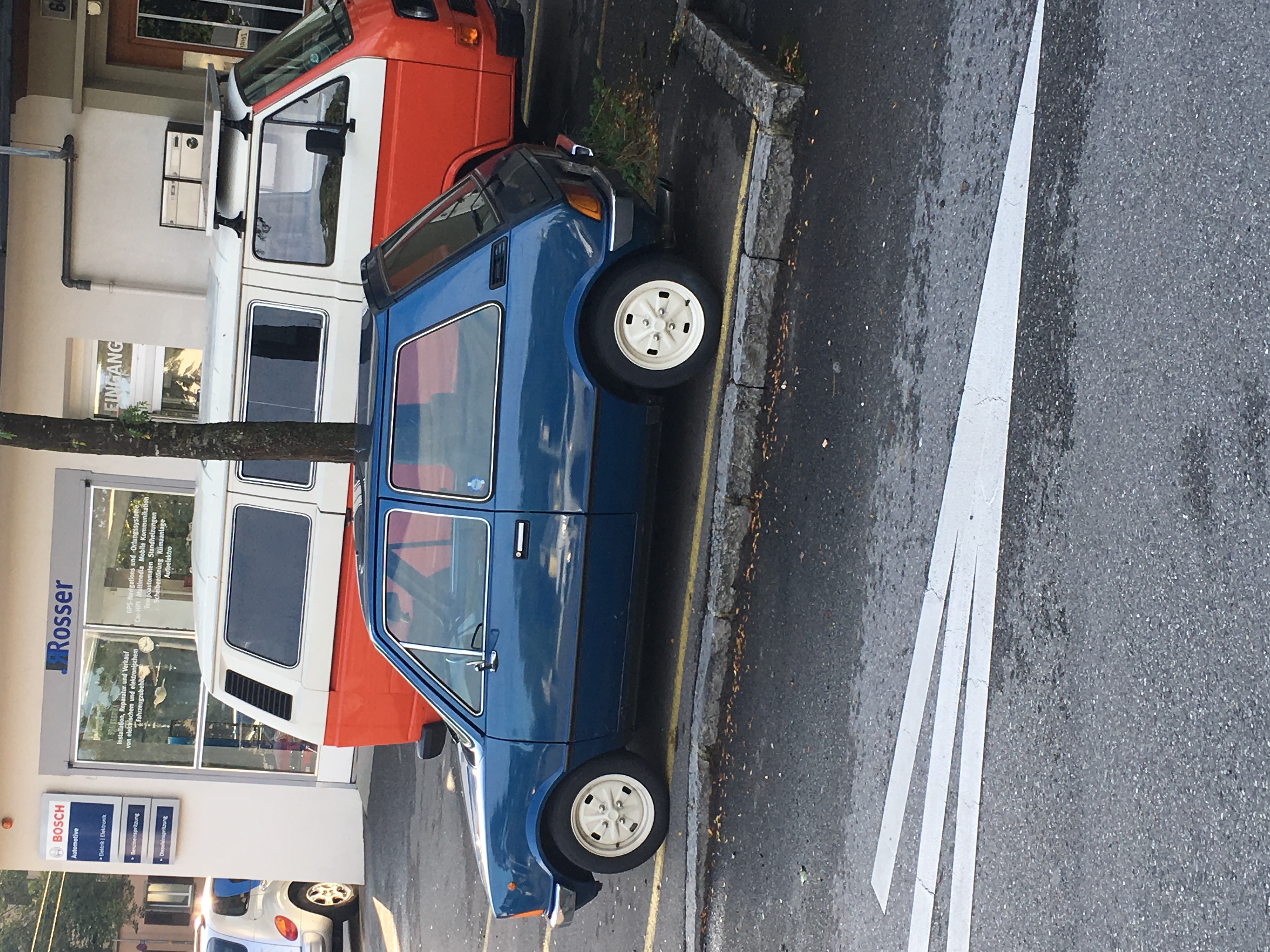 Having sat in one of the original designs, I am thoroughly impressed with the amount of space found in the cabin! Being 6 ft tall, I can still fit in the back seat, only if I sit sideways. LOL! But what an impressive packaging design Sir Alec did. 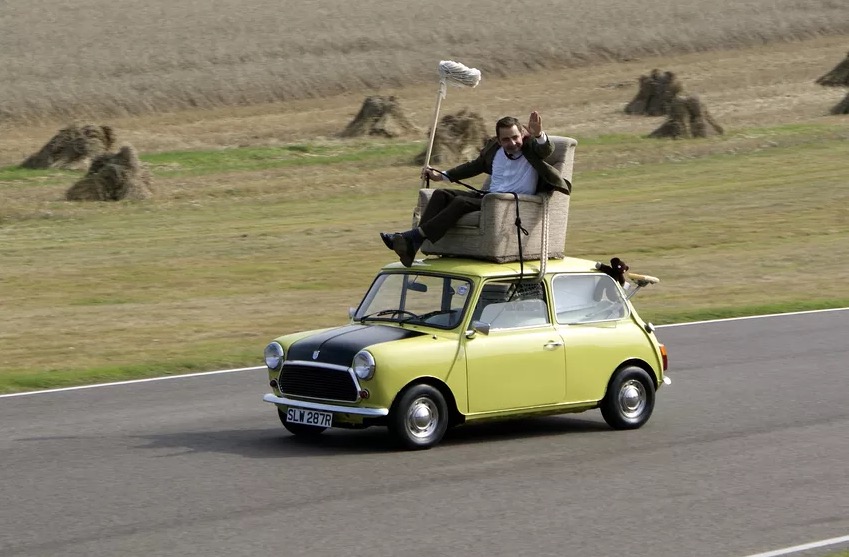 ow I bet you do love Mini, this feature is like a paradise isn't it Sara. I've noticed you have a thing for this kind of cars.

As someone who grew up with mini's in the UK, works in motorsport and who's first car was a mini, I can safely say you have only just scratched the surface for yourself. The mini is possibly one of the largest automotive black holes there has ever been. It has been the platform for some most amazing things. Anything thing you can think of as being innovative to modifying and tuning was probably already done in the 60's to a mini!!!

... and it's a deep enough Blackhole just keeping & modifying the A-Series never mind getting into the Vauxhall/Honda transplants eh? If I could do it I'd like to try to get one of the 3cyl Ford turbo (125hp version) motors in one but unfortunately it'll never happen unless a lottery win happens

How was there not a Mr.Bean Mini present at this event?

I don't think 2 minis are ever the same. The are the (in my mind) the epitome of modified car culture. There are some shocking ones out there, BUT it's part of ownership to personalise it and I love that about them.

My car and my friend are front and center of the main cover picture. Is there any chance you could send me a high res copy of it?

Great story and photos, and so nice to see so many different variants of the Mini.

next time if you're in Indonesia you should check this garage they have interesting minis that they build from scratch https://www.instagram.com/team_paradigm/