That headline describes worlds of speed that couldn’t be further apart from each other.

And yet, these amongst other legends were all on display at the Pebble Beach Concours d’Elegance a couple of Sundays ago, closing out Monterey Car Week for 2019.

Over the last 70 years, the Pebble Beach Golf Links venue has hosted some of the most unique, rare, and expensive cars to ever exist from around the globe. But in more recent times, the Pebble Beach Concours d’Elegance has evolved into more than just a gathering for the elite. Manufacturers sponsoring the surrounding events that take place simultaneously with the main show have managed to pull in more diversity from all aspects of the automotive world, with Infiniti taking the crown this time around.

Last year, Infiniti introduced a sub-segment show that takes place at the point of entry to the venue, dubbed the ‘Japanese Automotive Invitational’. This premier event shifts focus from the unobtainable by displaying key players in JDM automotive history, including historically significant race cars, restored factory-spec icons, and resto-modded heroes. Legends like the Toyota 2000GT, Nissan Skyline GT-R Hakosuka, and Isuzu Ballet were all in attendance, making quite a display for event-goers to indulge in.

While the Japanese cars would’ve been enough for me to call it quits for the day, I was further taken away by the display put on by Ferrari.

As most know, Ferrari is no stranger to concours events throughout the globe, but something tells me they pay special attention to the week-long extravaganza here in Monterey, California. While entering the Golf Links, I immediately noticed the fresh green fairway being covered in a massive cluster of red sports cars. Surely, this was Ferrari’s own section of the show.

Childhood favorites like the F40 and F50 variants were all in attendance, right alongside various modern and vintage race cars. But perhaps the two that really stood out were the one-off Ferrari F1-engine-powered hydroplane, and a never-before-seen (to me) silver 250 GTO.

With a couple of the impressive segments already covered, my expectations for the concept display and main show were set fairly high, and I was not disappointed.

First and foremost, the BMW Garmisch concept car, which was initially designed in 1970 but somehow managed to get lost for over 40 years. BMW recently reacquired the car and completely restored it back to its former glory.

After studying all of its design cues, I found it hard to believe that this was a concept from almost 50 years ago, being that the simplistic modern approach and clean-cut lines are on par with what we find in vehicles today. It just goes to show how innovative BMW was and continues to be.

Moving over to the main fairway, I noticed many of the same prestigious cars that I had seen in years past, but that’s not to say there weren’t some newcomers as well.

It was a Lamborghini Miura SVR that stole the show for me. It’s said that this car started out as a Miura S, but was crashed on the way to being serviced at the factory in 1974. Instead of restoring the car back to its original state, the former owner, Heinz Steber, asked Lamborghini to build a better version of their other special Miura – the Miura Jota. But because the Lamborghini ended production of the Miura in 1973, they told Steber that building his car to Jota spec wouldn’t be possible.

Unwilling to take ‘no’ for an answer, Steber went ahead and sourced various parts himself, including Porsche 917 brakes, Koni suspension, and ultra-wide BBS wheels amongst various power upgrades. With the parts gathered and a bucket of cash to spend, Lamborghini finally agreed to commission the car you see here. So in other terms, this is the only factory hot rod Miura to exist, and it’s quite the looker if I’m honest.

Another new display this year was the row of ‘Historic Hot Rod Cover Cars’. Never did I think I’d see a hot-rodded T-bucket Ford lined up next to a pre-war Rolls-Royce Phantom, but the world is changing in dynamic ways, and here we are. These cars were clearly the pinnacle of their class, with over-the-top paint jobs, tons of chrome, and enough velocity stacks to make you dream about the glorious induction noises of early American muscle.

As the years roll on, it seems like the Pebble Beach Concours d’Elegance is shifting its once elitist mindset towards cars that share more than just a hefty price tag, and I applaud them greatly for this. I won’t bore you guys with how important this is, but just know that the more diversity there is, the better automotive culture will be at large.

So if you haven’t caught the drift, Monterey Car Week is singlehandedly one of the most spectacular assortments of events that could ever take place over the course of a single given week. Trevor and I have pretty much covered it all, and hope that you guys have enjoyed the array of vehicles from all ends of the spectrum. 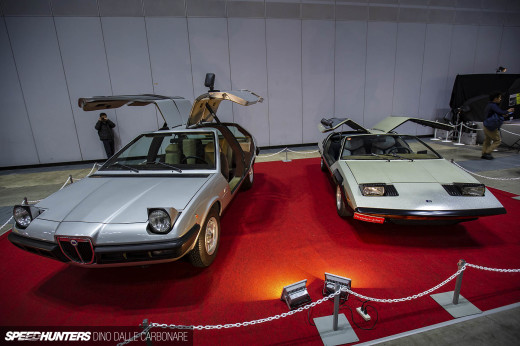 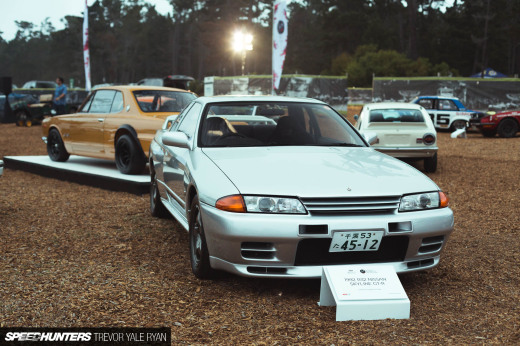 Commenter "My" will be pleased with how well-dressed the attendees were.

So ferrari couldn't beat the ford GT at lemans so they just waited until it retired from racing and copied it? Just like with the Daytona Coupes?

You’re right. They totally did.

Having the Japanese cars on the hamster shavings is such an insult. There’s no valid excuse.

Infiniti should pull every penny of sponsorship until they can AT LEAST get some goddamn AstroTurf! 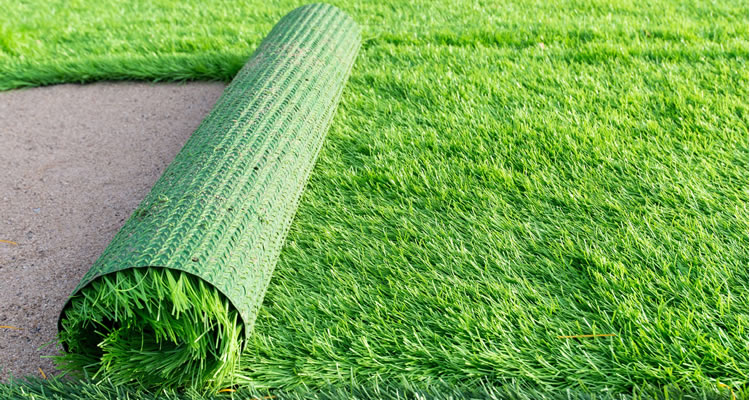 I never knew this event is held in Newport, RI until recently. The gallery my sister works at will display a black Enzo. Very jealous.

You don’t have to hear the music to know...
Bad dancing and a bad DJ. 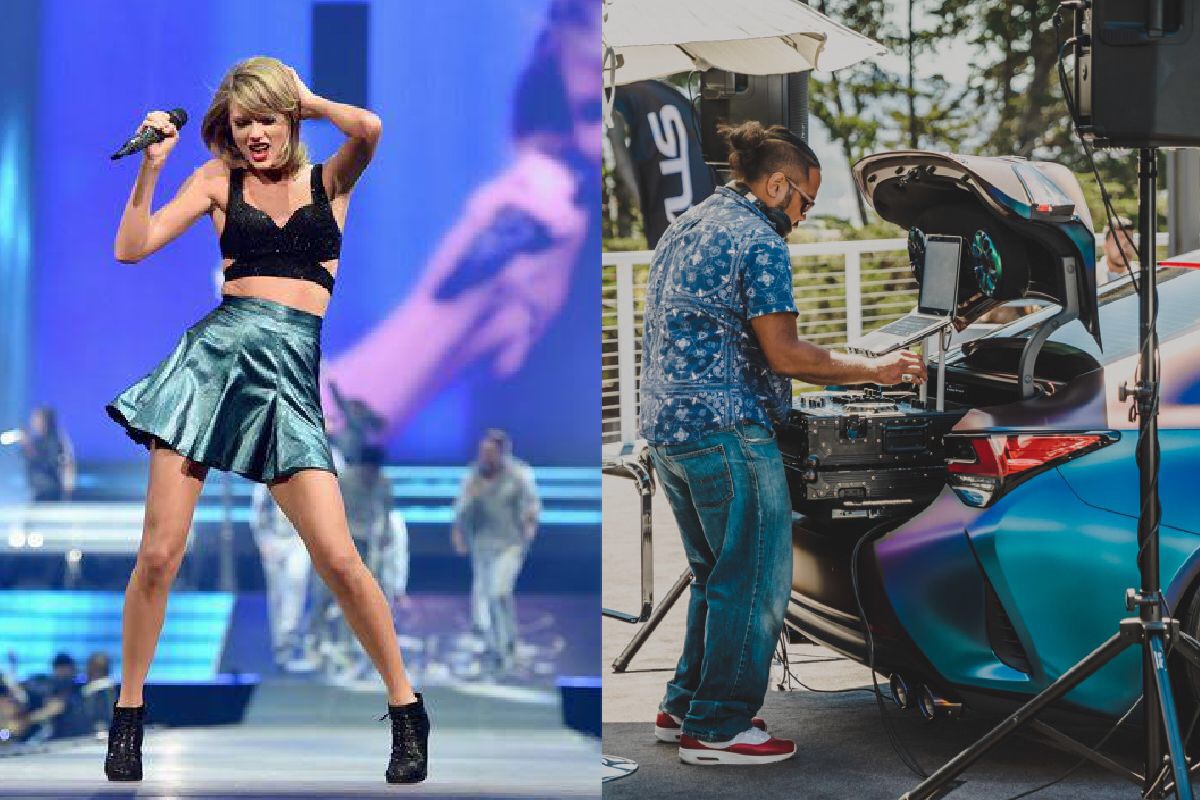 I really want that boat!

As a driver and a terrible passenger, I've never understood the appeal of a Rolls Royce, myself. That KPGC10, on the other hand...

That Ferrari concept looks like it has the front end of a Vulcan. Still looks good though.

The Mugen CRX and the F50 are so dope!

What is that truck thing int he last picture? I am interested in it.

There are a few trucks in there. One is the Hennessey Raptor (6x6), one is a G wagon, and the other is a Dodge power wagon crew cab.

Some great stuff to be sure, but for me the two best were the Miura "Hot Rod" and the 288GTO Evo. Two of the most rare and (to me) gorgeous examples of what great cars can (and should) look like...amazing to see them together at the same place!

This car is nuts! 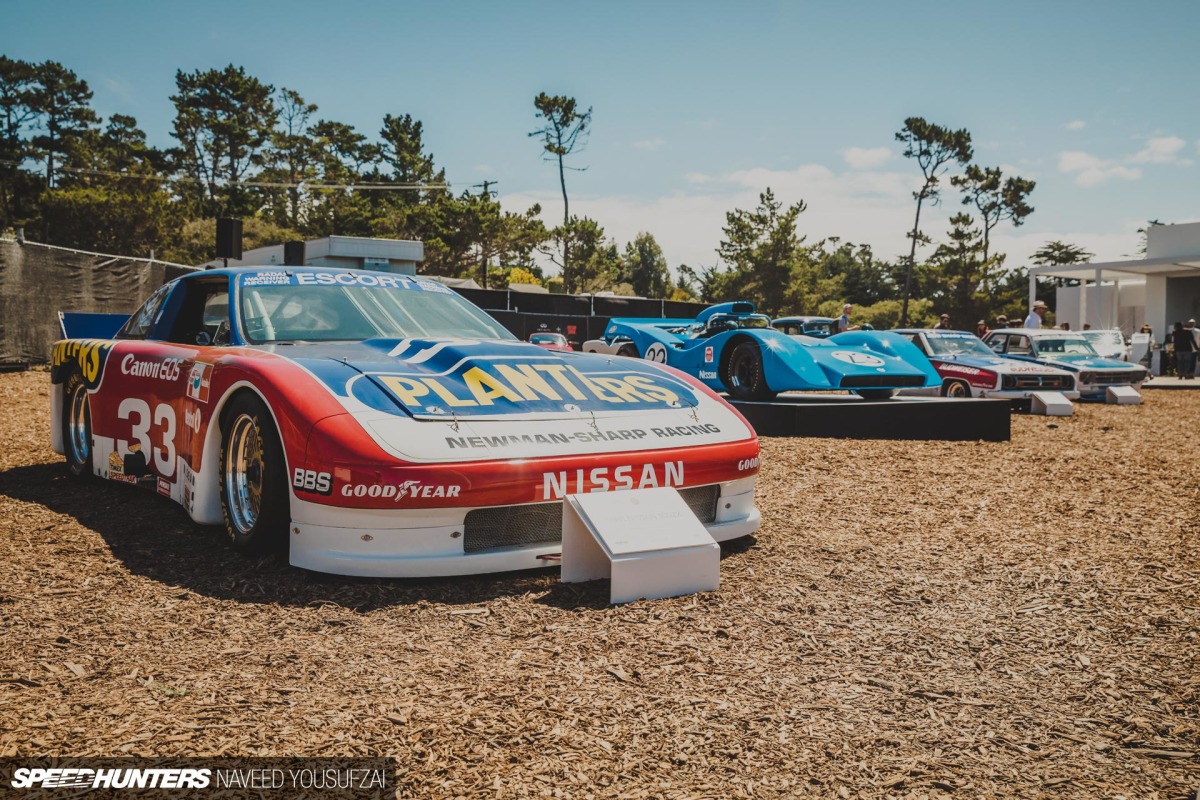 It's a Nissan Pulsar GTi-R. Also known as baby Godzilla (they have the same turbo'd SR motor as the silvia!)

What is that gold car on the stand in #7 and I'm assuming it's taillights in #23?

Completely Agree! I myself am always looking. I always watch the Japanese used car auction, usually if you know the schedule and patient enough, you can get it for quite a low price. Have imported once and Just window shopping on my phone lol.

Naveen, small correction here: I think the BMW Garmisch was not reacquired but actually rebuilt from original blueprints from scratch.